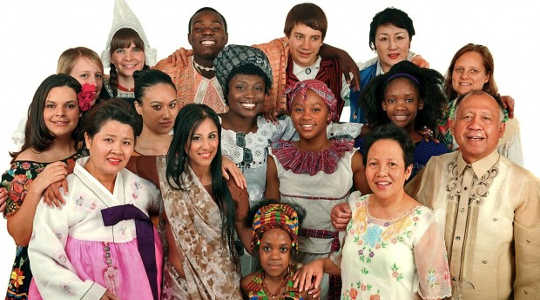 In a recent study, American participants placed Muslims and Mexican immigrants significantly closer to the ape-like ancestor than Americans as a whole.

The experiment comes from a study on Americans’ dehumanization of Muslims and Mexican immigrants during the 2016 US Republican Primaries, and the consequence that feeling dehumanized had on these minority groups.

The President’s recent Executive Order is attempting to close US borders to citizens of seven Muslim-majority countries, with the rationale that it would make Americans safer against the threat of terrorism. But the findings suggest this action could do the opposite.

Even after controlling for conservative views and racial prejudice, researchers from the University of Pennsylvania and Northwestern University found that Americans who held dehumanizing views of Muslims or Mexican immigrants were also more likely to cast them in threatening terms, withhold sympathy for them, and support tactics toward them like increased surveillance, restricting immigration, and deportation.

Crucially, the researchers found that these dehumanizing perceptions had consequences. When they asked Latinos and Muslims to report how dehumanized they felt by Donald Trump, Republicans, and Americans in general, they found that perceived dehumanization (or “meta-dehumanization”) was high, and the greater this perception, the more inclined individuals were to support violent versus non-violent collective action. Muslims who felt dehumanized also were less willing to assist law enforcement in counterterrorism efforts.

“Feeling not only disliked, but dehumanized by another group has a profound effect on people,” says Emile Bruneau, the study’s coauthor and Director of the Peace and Conflict Neuroscience Lab at Penn’s Annenberg School for Communication. “Our past work has shown that Americans who feel dehumanized by Iranians strongly oppose the Iran Nuclear deal and prefer instead to consider military options. It is no different for American Muslims.”

According to Bruneau and his coauthor, Nour Kteily of the Kellogg School of Management at Northwestern, dehumanization can establish a vicious cycle.

“If we use rhetoric and enact policies that make Muslims feel dehumanized, this may lead them to support exactly the types of aggression that reinforce the perception that they are ‘less civilized’ than ‘us.’ In this way, dehumanization can become self-fulfilling in the minds of the dehumanizers, and justify their aggression,” says Bruneau.

The authors also note that American-born Muslims were more likely than foreign-born Muslims to respond to feeling dehumanized with hostility. “Although speculative,” they write, “it may be that those who were born in the United States have a greater expectation than those born elsewhere (and who may not be US citizens) that they will be treated by the rest of their society as fully human.”

According to the authors, dehumanizating views can lead to policies like the present immigration ban, but by making Muslims feel dehumanized, these policies increase the very danger they purport to safeguard against.

The study appears in the journal Personality and Social Psychology Bulletin. by Julie Sloane, University of Pennsylvania
People with loosely knit Facebook friend groups—small numbers of friends who don’t know each other…