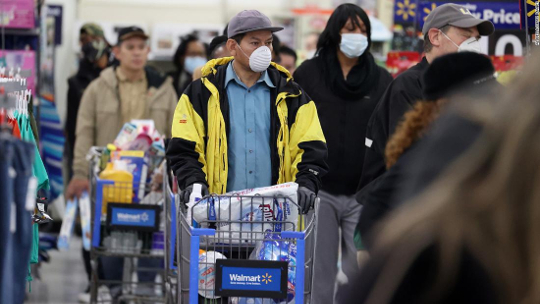 Back in mid 2020, it was suggested mask use was similar to seat belt wearing in cars. Not everyone wore a seat belt start straight away, but now it’s unheard of to get into a car and not put it on.

In reality, it took seven years for seat belt compliance to reach 90%.

Now we are about 900 days into the pandemic, we are certainly not seeing 90% of people wearing masks. In my local area, it is probably more like one in ten people wearing a mask in the local shops. And others on social media report low compliance on public transport.

So is the answer to reintroduce rules for mask use in certain settings or a more general mandate around their use?

Already Victoria’s Health Minister Mary-Anne Thomas has dismissed recommendations from the state’s chief health officer to mandate mask wearing in retail and early education settings in response to rising case numbers. (People are still required to wear masks in some Victorian settings including public transport, aircraft, courts, prison, if they have COVID or are a close contact.)

Mandates were not the most effective way of getting the message out about the importance of mask wearing, the minister said. The government instead wants to focus on empowering Victorians to make their own choice.

Doctors are not happy. Australian Medical Association of Victoria president, Roderick McRae said it was “very disappointing” the health minister had ignored recommendations to mandate masks in schools, child care, retail and hospitality.

How does mask compliance track with and without a mandate?

One study tracked mask use based on newspaper photos published in Victoria during one month in mid-2020. It found prior to the mandatory mask policy announcement, 43% of the people in the photos were wearing masks.

Obviously, there are limitations to this work. Only a small number of photos were reviewed and the photographers may have been purposely taking photos of people who were not complying (prior to policy introduction) or were following the rules (once the policy was in place).

Based on case numbers, the authors concluded masks were effective at reducing transmission and though they were “somewhat inconvenient” for the individual, they were “less likely to have unintended negative impacts on the broader community than policies restricting movement, social engagement and the operations of business, schools and childcare”.

Will empowerment promote mask use?

Probably not. Community empowerment refers to the process of enabling communities to increase control over their lives. But that doesn’t mean everyone will feel empowered to do the safest thing.

“Empowerment” refers to the process by which people gain control over the factors and decisions that shape their lives. It can prompt innovation in health messaging and engagement.

In times of uncertainty, such as a pandemic which doesn’t yet appear to be nearing its end and new subvariants emerging, the simple act of not wearing a mask may give people a feeling of control over an unfamiliar situation.

What about a nudge in the right direction?

Early in the pandemic, it was suggested that promoting social norms (the values within the community) such as the widespread use of masks (through strategic communication and community engagement) could be just as effective as enforcement.

Some suggested strategies included sharing evidence of widespread adherence and encouraging news stories about positive trends in mask-wearing. Research from Sao Paulo showed individuals who received a text message referring to COVID restrictions as a “civic duty” were over 12% more likely to report keeping an appropriate distance from others and 3% more likely always to wear masks.

Successful use of messages to increase mask-wearing intentions were also reported in another study, when individuals were encouraged to “rely on their reasoning” instead of “relying on their emotions” to make the decision.

A United States study from 2021 showed exposure to a message about mask use from the president or the Centres for Disease Control increased the stated likelihood of wearing a mask, particularly among then President Trump’s supporters.

Lastly, they found if a person tested negative, they were more likely to support mask use. Testing positive to COVID had no affect on mask support and in some cases reduced support.

This far into the pandemic though, role modelling by leaders, highlighting the benefits masks can have on reducing risk and the possible knock-on financial gains might not have the same nudging effects.

Misunderstandings around masks and vaccines

Waning immunity from vaccines and the emergence of new variants, only increases the value of wearing face masks. However, the current low levels of mask use suggest many members of the public still believe using masks in certain situations is unnecessary.

A study of people surveyed in mid 2021 showed many thought widespread COVID vaccination would ease the burden of wearing masks. But the risk of reinfection means that’s not necessarily the case.

Health experts and government officials need to continuously communicate with people to explain how effective face masks are at preventing infection, even after getting vaccinated. Decreasing individuals’ uncertainty about the role of masks and vaccines could improve their judgement.

It is important we continue to draw on the learnings so far and the behavioural nudges that have been shown to have an impact on mask use. However we also need to be realistic given the point we are in the pandemic. These nudges may not be enough and if there are any other shifts in severe COVID cases due to new variants, it is important to prime the community that mandates may be needed again.

In the words of Batman, a caped and masked crusader since 1939:

I wear a mask. And that mask, it’s not to hide who I am, but to create what I am. by John Coggon, University of Bristol
Just by refusing vaccines, a person cannot be deemed to have also refused consent to receive…