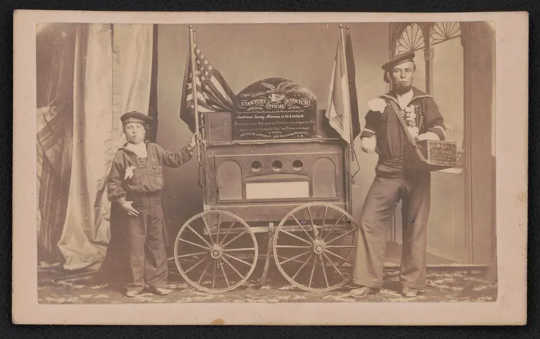 The current COVID-19 pandemic, the largest public health crisis in a century, threatens the health of people across the globe. The U.S. has had the most diagnosed cases – surpassing 6 million – and more than 180,000 deaths.

But six months into the pandemic, the U.S. still faces shortages of personal protective equipment for both front-line medical workers and the general public. There is also great need for widely available inexpensive, rapid tests; the infrastructure to administer them; and most importantly, safe, effective vaccines.

Moving forward, medical innovation can play a substantial role in controlling and preventing infection – and treating those who have contracted the virus. But what’s the best way to catalyze and accelerate public health developments? Research and history show that the federal government can play a major role in spurring private-sector innovation.

Lessons from the Civil War

Governments play far-reaching roles in health care. The U.S. Food and Drug Administration approves new treatments. Public and private insurance administrators determine what treatments to cover. The Medicare program sets prices that have effects across the heath care system. By determining if and when competitors can enter the market, the U.S. patent system shapes pharmaceutical prices, which impacts companies’ financial returns. The National Institutes of Health and the National Science Foundation allocate funding for both basic and applied medical research.

Taken together, the government has substantial influence on medical innovation. That’s because private industry requires well-defined quality standards and clear financial incentives to speed forward – performance depends critically on the government agencies that often make the rules and set the payments.

In my research as an economist, I investigate the effects of government insurance programs on patient care, pricing and innovation across the health system. My colleague Parker Rogers and I recently analyzed innovations in the design and manufacture of artificial limbs during the U.S. Civil War. The example resonates because wars, like pandemics, create dramatic, unanticipated needs for medical innovations.

With advances in weaponry, destructive Minié bullets and a lack of surgical experience among doctors, many Civil War soldiers with leg or arm wounds required amputation. Roughly 70,000 veterans who survived the bloody, four-year conflict lost limbs.

As disabled veterans returned home, the government launched the “Great Civil War Benefaction” to provide prostheses. Officials examined and certified inventors’ prototypes, and wounded veterans then chose from approved products, which the government then acquired at preset prices: US$75 per leg and $50 per arm.

The program’s cost-conscious approach shaped inventors’ efforts, leading them to emphasize simplicity in design and low-cost production. While prosthetic arms and legs remained quite primitive by modern standards, inventors emphasized improvements in comfort and modest gains in functionality. In total, 87 patents for prostheses were granted from 1863 through 1867, compared with 15 new patents between 1858 and 1862.

Production responded dramatically to the unprecedented needs. Just prior to the war, in 1860, five manufacturers sold an estimated 350 prostheses in the U.S. By 1865, production had increased tenfold. That year, the Union Army furnished some 2,020 artificial legs and 1,441 artificial arms to its soldiers. By 1870, there were 24 manufacturers in the industry. 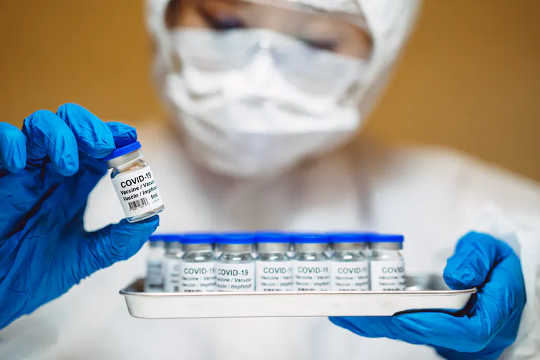 A researcher holding vials of COVID-19 vaccine that will be used in clinical trials. Tang Ming Tung/GettyImages

The economics of medical innovation

Most research into the economics of medical innovation has focused on pharmaceuticals. This research has showcased the power of incentives.

For example, with the introduction of guidelines, mandates or other government policies that increased projected profits, vaccine development accelerated. Clinical trial activity increased during the years immediately following these changes.

Additional evidence has shown that the introduction of Medicare’s drug benefit (passed in 2003 and enacted in 2005) sped pharmaceutical research for diseases that impact the elderly. Diseases that offer robust or expanding drug markets receive particular attention. Economists have also found that drug development responds to incentives created by the patent system. Finally, when insurers begin to exclude drugs for a particular disease, R&D for that disease tends to slow.

Failures during the COVID-19 pandemic

During the COVID-19 pandemic the U.S. government has, unfortunately, not provided the sort of certainty required for medical innovation to flourish as well as it could. By creating uncertainty, the federal government discouraged both states and private companies from acting on their own initiative, which has delayed our national response.

Early on, for example, the federal government equivocated over contractual commitments to companies that came forward to produce ventilators. State officials who prudently expanded stocks of personal protective equipment were unsure whether supplies would be commandeered by the federal government.

Federal actions also impacted testing. The FDA thwarted efforts to implement new testing infrastructure supported by the Gates Foundation. The error was compounded by the botched early rollout of testing kits and rejection of tests manufactured in other countries. The result: Months into the pandemic, tests can still be difficult to obtain, and results are often backlogged to the point of uselessness. 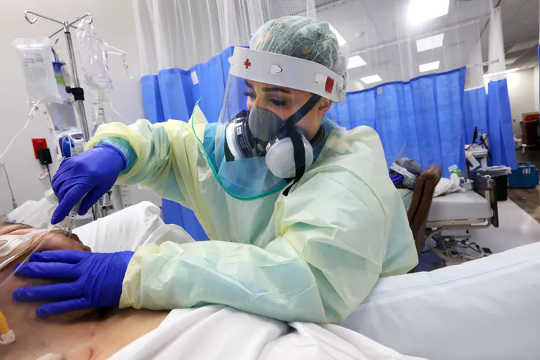 Catrina Rugar, 34, a traveling nurse from Florida, responded first to hospitals in New York City, then to Texas’ Rio Grande Valley, where she was treating COVID-19 patients. Rather than coordinate purchases of PPE to help drive innovation in the field, the federal government created uncertainty among states and other purchasers. Carolyn Cole/Getty Images

A recipe for progress

So what is the best way forward for spurring private industry to fight the pandemic? To me it’s clear that the government has a straightforward role to play in setting the stage.

As a narrow example, governments can increase demand for masks by issuing clear guidance and informing the public. The resulting demand creates strong financial incentives for companies to innovate and expand production.

Further, the federal government can propel the development and distribution of tests and vaccines through “advance purchase commitments” that guarantee a market for newly approved products. The U.S. government has taken a major step in this direction by committing to purchase large quantities of COVID-19 vaccines upon approval.

While the science of medical innovation is difficult, policy is relatively simple: Set clear standards, establish clear incentives and let the scientists and entrepreneurs do their work. Vaccine development, rapid testing and widely available protective gear all have important roles to play in saving lives and getting the economy back on its feet. by Karen Levy, University of Washington
With COVID-19, thinking like a pathogen leads to an inevitable conclusion: Getting the vaccine out… by Rachel McLay, Dalhousie University
While vaccines have brought the end of the COVID-19 pandemic into view, most of Canada is still… What Coronavirus Tests Are Best and What Are “False Positives” and “False Negatives”?

by Adam Kleczkowsk
Testing for coronavirus is increasingly recognised as essential for getting life back to normal.…