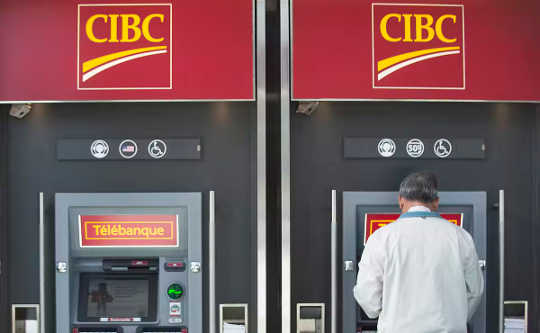 Every time we face a new inflation-related challenge, it takes a different form and requires a different set of solutions. THE CANADIAN PRESS/Graham Hughes

With the Bank of Canada announcing an oversized interest rate hike this week, it might seem like central banks are coming to rescue us from inflation once again. Yet while they did play an important role in mitigating a COVID-induced recession, central banks don’t have the power to solve our inflation problem.

There’s no question that the inflation outlook today is worrying. With inflation hitting 5.7 per cent in March, we are facing a perfect storm of inflationary pressures from a combination of supply chain bottlenecks, pent-up demand and massive increases in energy prices from Russian sanctions.

As politicians start to make noise about inflation, we need to be careful not to accept the outdated assumption that central banks can control inflation by limiting the money supply.

Conservative Party leadership hopeful Pierre Poilievre recently asserted that the solution to inflation is to “stop the central bank from printing money to pay for government spending.” This is not only factually incorrect (the Bank of Canada stopped purchasing large amounts of government bonds back in October of last year), but also outdated.

The legacy of monetarism

Back in the late 1970s and early 1980s, Ronald Reagan and Margaret Thatcher capitalized on public anxiety around rising prices by bringing their conservative governments into power on the promise of getting tough on inflation using monetarism.

We should not be too surprised, then, to see the legacy of this outdated economic policy living on in members of the Conservative Party of Canada.e

Poilievre has resurrected the age-old theory — let’s call it quack monetarism — that inflation is caused by too much money circulating in the economy and that the solution is to reduce the central bank’s money creation. Inflation has never only been about money; central banks can’t just wave a magic wand and get it down again.

While central banks do play an important part in getting inflation under control by setting interest rates, they don’t have all the tools needed to get inflation down this time around — particularly when some of the dynamics driving price increases will not respond to changes in interest rates.

As writer Adam Tooze points out, monetary policy can’t improve bottlenecks in the supply of microchips — which are driving car prices higher — or increase the supply of gas.

Even when monetary policy is effective in getting inflation down, there is always the risk of the central bank overshooting its aims and pushing the economy into a recession — as a growing number of policy-makers worry may happen today.

So why do conservative politicians like Poilievre want us to believe we can solve this problem by getting the central bank to stop printing money? This is the kind of “zombie idea” that won’t die, in spite of being proven wrong, because its simplicity is so politically appealing.

This claim harks back to Milton Friedman’s famous dictum that inflation is “always and everywhere a monetary phenomenon.” The monetarist theory that Friedman advocated and which became very influential in the 1970s and early 1980s assumed the solution to inflation was to limit the expansion of the money supply.

What’s wrong with this idea? American banker Henry Wallich famously responded to Friedman’s statement by replying, “inflation is a monetary phenomenon in the same way that shooting someone is a ballistic phenomenon.” In other words, an excess of money may be partly to blame for inflation, but if you want to truly solve it, you need to understand the underlying causes of the problem.

As political economist Matthew Watson has shown, economists keep changing their minds about the broader causes of inflation: shifting from pointing a finger at international balance of payments shocks in the 1960s to the oil crisis in the 1970s, the “wage-push” inflation in the 1980s, governments’ lack of anti-inflation credibility in the 1990s and finally the problem of unanchored inflation expectations in the past few decades.

Even if today’s inflation had similar causes to the 1970s, we don’t want to try monetarism again. Central banks in Canada, the United States and the United Kingdom all tried it in the late 1970s. By 1982 they had given up on it because monetarism simply did not work.

Most money is actually created by private banks and so attempts by the central bank to limit the money supply are doomed to failure. The bank can influence the demand for money by increasing or decreasing interest rates, but does not control the money supply itself.

What finally did get inflation down in the 1980s was a combination of punishingly high interest rates — over 21 per cent in Canada — and the most painful recession since the Great Depression, with unemployment rising to 12.8 per cent in Canada. This is not an experience that we want to repeat.

If the economic trauma of 1970s and 1980s teaches us anything, it’s that monetary policy can be a very blunt instrument. To be truly effective, it must often be brutal.

While there are no simple solutions to our current inflationary challenges, it’s clear we need a holistic approach. U.S. President Biden’s recent strategy provides one promising alternative. His goal is to tackle inflation by pressing companies to reduce costs, rather than wages, and by making prescription drugs, energy and childcare more affordable.

So the next time a politician tries to sell you on a quack monetarist remedy for our current inflationary woes, ask them if they’re willing to make us all pay the costs of another historic economic blunder.