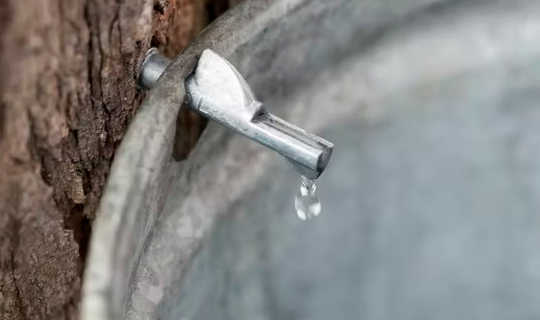 Do you get the metaphor? Edwin Remsberg/The Image Bank via Getty Images

One of the main concerns raised by critics of President Joe Biden’s Build Back Better plan is that it will drive up inflation, which is already running at the fastest pace in four decades.

The Senate is currently considering a roughly US$2 trillion bill passed by the House that would spend money on health care, education, fighting climate change and much else over the next decade. But Republicans and a handful of Democrats like Sen. Joe Manchin of West Virginia argue the risk that more spending could push inflation even higher is too great.

As an economist, I believe these concerns are likely overblown. Here’s why.

High inflation is clearly a problem at the moment – as the Federal Reserve’s Dec. 15, 2021, decision to accelerate its withdrawal of economic stimulus signals.

The most recent statistics show inflation, as measured by the annual increase in the Consumer Price Index, was 6.8% in November 2021. This is the highest level since 1982 – yet still a long way from the double-digit inflation experienced back then. 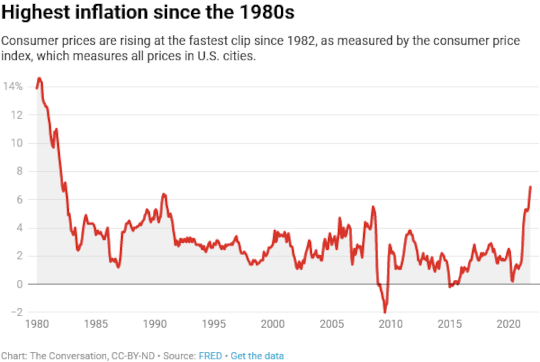 The question, then, is: Could an additional large spending increase cause inflation to accelerate further?

To answer this, it’s useful to put the numbers in some context.

The price tag of the Build Back Better plan passed by the House of Representatives is about $2 trillion, to be spent over a 10-year period. If the spending is spread out evenly, that would amount to about $200 billion a year. That’s only about 3% of how much the government planned to spend in 2021.

Another comparison is to the gross domestic product, which is the value of all goods and services produced in a country. U.S. GDP is projected to be $22.3 trillion in 2022. This means that the first year of the bill’s spending would be about 0.8% of the GDP.

While that doesn’t sound like much either, it’s not insignificant. Goldman Sachs estimates U.S. economic growth at 3.8% in 2022. If the increased spending translated into economic activity on a dollar-for-dollar basis, that could lift growth by over one-fifth.

[More than 140,000 readers get one of The Conversation’s informative newsletters. Join the list today.]

But what really matters here is how much the bill would spend in excess of any taxes raised to pay for the program. The higher taxes on the wealthy and corporations that the House version of the bill calls for would reduce economic activity – by taking money out of the economy – offsetting some of the impact of the spending that would stimulate it.

The Congressional Budget Office estimates that the bill would increase the deficit by $150.7 billion over a decade, or about $15 billion a year. Again assuming this is spread evenly over the 10 years, it would amount to less than one-tenth of 1% of GDP.

In other words, even if the proposed spending has an unusually large impact on the economy, it would still be barely noticeable on a macro level.

But it won’t reduce inflation either

Some proponents of the bill – including the White House and some economists – have gone further. They have argued that the proposed spending package would actually reduce inflation by increasing the productive capacity of the economy – or its maximum potential output.

This seems implausible to me, at least given the current level of inflation. Historical evidence shows a more productive economy can grow more quickly with relatively little upward pressure on prices. That’s what happened in the U.S. in the 1990s, when the economy grew strongly with little inflation.

In addition, it takes time for investments like those in the bill to translate into gains in productivity and economic growth – meaning many of these impacts will be slow to materialize.

Current inflation is likely an acute problem reflecting supply chain disruptions and pent-up demand, challenges that won’t be resolved by expanding the economy’s productive capacity five or more years down the road. But again, neither would inflation likely get any worse by spending $2 trillion to improve access to affordable child care, fight climate change and increase health care coverage.

Whatever the arguments for or against passage of the bill, I don’t believe its potential impact on inflation should be one of them.