Why Intelligent Machines Won’t Leave Half The World Unemployed 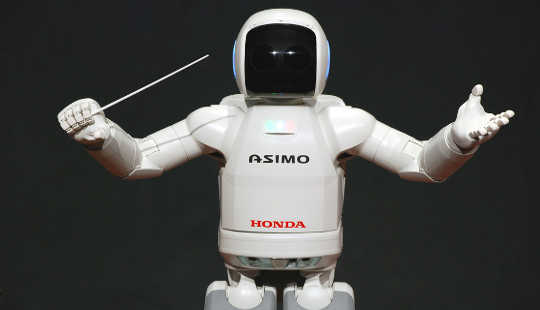 Intelligent machines are good at some jobs that were once done by humans.

Recent alarmist headlines this week claim artificial intelligence (AI) will put half of us out of work.

These headlines – and there were several – stem from comments by Rice University’s computer scientist Moshe Vardi who at the weekend asked what society would do when, within 30 years, machines become capable of doing almost any job a human can.

As ever, reality is likely to be far more nuanced than sensational headlines.

The most detailed study in this area came out in September 2013 from the Oxford Martin School. This report predicted that 47% of jobs in the US were under threat of automation. Similar studies have since been performed for other countries, reaching broadly similar conclusions.

Now, there’s a lot I would disagree with in the Oxford report. But, for the sake of the discussion here, let’s just suppose for a moment that the report is correct.

Even with this assumption, you cannot conclude that half of us will be unemployed in 30 or so years. The Oxford report merely estimated the number of jobs that are potentially automatable over the next few decades. There are many reasons why this will not translate into 47% unemployment.

We still want a human on the job

The report merely estimated the number of jobs that are susceptible to automation. Some of these jobs won’t be automated in practice for economical, societal, technical and other reasons.

For example, we can pretty much automate the job of an airline pilot today. Indeed, most of the time, a computer is flying your plane. But society is likely to continue to demand the reassurance of having a pilot on board even if they are just reading their iPad most of the time.

As a second example, the Oxford report gives a 94% chance for bicycle repairer to be automated. But it is likely to be very expensive and difficult to automate this job, and therefore uneconomic to do so.

Job Survival In The Age Of Robots And Intelligent Machines

How the U.S. Government Could End the Student Debt Crisis Today

We also need to consider all the new jobs that technology will create. For example, we don’t employ many printers setting type any more. But we do employ many more people in the digital equivalent, making web pages.

Of course, if you are a printer and your job is destroyed, it helps if you’re suitably educated so you can re-position yourself in one of these new industries.

Some of these jobs will only be partially automated, and automation will in fact enhance a person’s ability to do the job. For example, the Oxford report gives a 98% chance of umpiring or refereeing to be automated. But we are likely to have just as many if not more umpires and referees in the future, even if they use technologies to do their job better.

In fact, the US Department of Labor predicts that we will see a 5% increase in umpires and referees over the next decade.

Indeed, the US Department of Labor actually predicts the next decade will see a 10% increase in the number of geoscientists as we seek to make more of the planet’s diminishing resources.

We also need to consider how the working week will change over the next few decades. Most countries in the developed world have seen the number of hours worked per week decrease significantly since the start of the industrial revolution.

In the US, the average working week has declined from around 60 hours to just 33. Other developed countries are even lower. Germans only work 26 hours per week. If these trends continue, we will need to create more jobs to replace these lost hours.

In my view, it’s hard to predict with any certainty how many of us will really be unemployed in a few decades time but I am very sceptical that it will be half of us. Society would break down well before we get to 50% unemployment.

My guess is it will be at most half of this prediction, 25% at most. This is nevertheless an immense change, and one that we need to start planning for and mitigating against today. The Un-united States Of America Part 2: The Storm Before The Storm

by Robert Jennings, InnerSelf.com
I was recently sent a slick piece of fossil-fuel-propaganda that was mostly full of half-truths to…

Is Out of Body Intimacy Possible?

by Lynn B. Robinson, PhD
What happens after death? Do deeply loving feelings exist when we are no longer in physical bodies?