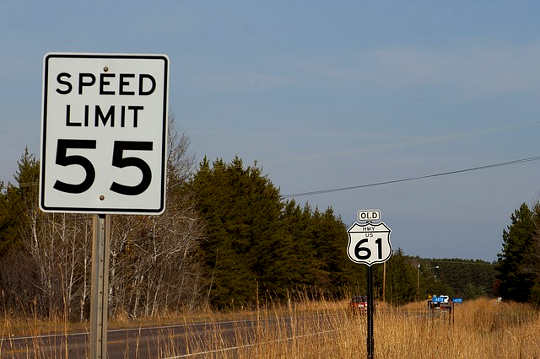 “If (however) you lower the speed limit by 10, 15, 25 miles per hour, or more, drivers stop paying attention,” says Vikash Gayah, assistant professor of civil engineering at Penn State. “We found there was an increase in fatal and injury crashes at locations with posted speed limits set 10 miles per hour or more below engineering recommendations.”

Speed limits are normally set based on results from engineering studies that collect free-flow traffic data and then select an appropriate speed using a statistical model. However, factors such as school zones, citizen or political pressure, and perceived safety issues contribute to the fairly common practice of lowering speed limits below engineering guidelines, the researchers report in Accident Analysis and Prevention.

“When doing speed research, we are looking at free-flow speeds—the speed that drivers select based on geometric and prevailing weather conditions,” says Gayah.

Speed data was collected in daylight hours and in fair weather conditions using hidden pavement sensors. Large vehicles, such as trucks, and cars traveling too close together were excluded. Cars traveling less than 10 mph of the posted speed or greater than 20 mph of the posted speed limit, known as speed outliers, were also excluded. Crash history data from a four-year period before and after speed limits changed was also part of the analysis.

“The practice of setting speed limits lower than what would be recommended from an engineering study is okay if it’s only by a little—by five miles per hour,” says Gayah.

Reform Needed When Students Must Prostitute Themselves to Pay for College

History and the Golden Rule Point Us to the Future

The Montana Department of Transportation and the Federal Highway Administration supported this work. I Am Love – A Meditation or Prayer On Identity

by Pierre Pradervand
If I had to mention one single thing which I believe the most important by very very far, for not…

All You Need Is Love... and Pneumaplasm

by Will Wilkinson
"All you need is love," sang The Beatles and how we wish that were true! We also need truth, which…

You Never Need to Defend or Justify Your Feelings

by Joyce Vissell
Someone once gave Barry and I a small yellow button to wear that says, “You never need to defend or…