To Survive, the Democratic Party Needs to Stand Up to Wall Street and Global Corporations 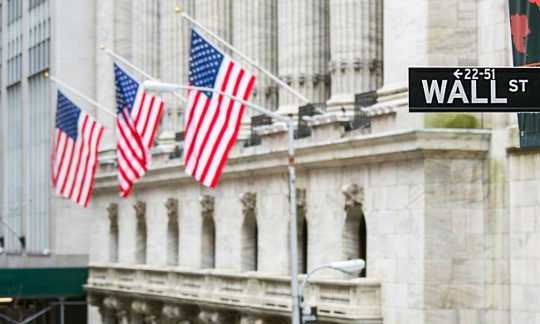 If Democrats want to retake government, they will need to do more than be the party that isn’t as bad as Trump, starting with closing the wealth gap.

With the attention of the nation riveted on the Trump train wreck and on the historic Women’s March, one lesson of this moment is getting lost: The Democratic Party lost an election to one of the most unstable, lewd, and unqualified candidates ever to run for office.

If we are to get through this presidency without terrible damage to our country, ending it and its policies as quickly as possible, we will need a new direction from the Democratic Party.

The four months I spent on the road, mainly in “red states” collecting stories for The Revolution Where You Live (Berrett Koehler, 2017), convinced me that the Democratic Party is out of touch with the pain many Americans experience. I visited small towns hollowed out by joblessness and big-box stores and urban neighborhoods where unemployment has been in double digits for generations. African American families have been especially hit hard—the wealth gap between White and Black families, which was already large, doubled with the 2008 recession.

For years, the Democratic Party chose to overlook these tough realities: Wages are low and stagnant. Jobs are outsourced. Drug prices and insurance premiums rise, and students take on a lifetime of debt just to have a shot at a decent job. Wall Street banks get bailed out when risky bets fail, and millions of ordinary Americans are punished with job losses and foreclosures for a financial crisis they didn’t cause. Meanwhile, virtually all the wealth generated by a recovering economy goes to the top 1 percent. The severe inequality that results from these lopsided policies fuels frustration and the nihilism that led to the election of Donald Trump.

The Democratic Party has fallen short by not taking on the structural causes of this crisis: an economy that favors big corporations and global capitalism. The party also has failed to step up to the climate crisis, which requires a radically different sort of economic recovery, and to the crisis of racial exclusion.

So what to do now?

The Democratic Party has fallen short.

If the Democratic Party is to retake government, it will need to do more than be the party that isn’t as bad as Trump. It will need to find the courage to stand up for ordinary people, which means standing up to Wall Street and global corporations.

The party should support a revived locally rooted economy—one that supports and trains homegrown entrepreneurs and invests in local business. The party needs to close the wealth gap among races and bring everyone up, not support more ways for the 1 percent to continue to accumulate virtually all the benefits of economic growth. It needs fresh, new, pragmatic approaches, like a guaranteed minimum income, single-payer health care, and a massive investment in renewables and efficient transportation, which will create jobs while reducing greenhouse gas pollution. Standing up to the fossil fuel industry is a tough ask, but a majority of Americans support investing in renewables.

The form of isolationism advocated by Trump is misguided. But he’s tapped into a very real frustration with un-ending wars and the taxpayer-funded military-industrial complex. If the Democratic Party is to be relevant, it will need to be the party that can make peace.

Can Democrats stand up to Wall Street and global corporations? They will need to if they wish to be relevant. And polls show there is a lot of support; a majority of people under 50 do not support capitalism.

The Democratic Party has a lot going for it. Trump has historically low approval ratings, and the election has woken up many Americans. On Jan. 21, millions participated in women’s marches in more than 300 U.S. towns and cities, from Moose Pass, Alaska, to Los Angeles, Houston, and Washington, D.C. People are ready for real answers. If the Democratic Party can put women and men of all races and religions first, not global corporations, it might be able to earn the trust and enthusiasm of the American people in time to win big in the 2018 midterm elections. 11 Reasons Why We Should Not Attack Syria

by Sarah van Gelder, Yes Magazine
Remember the last time we were told military strikes were needed because a Middle Eastern despot…