Ending The Vicious Cycle of Wealth and Power 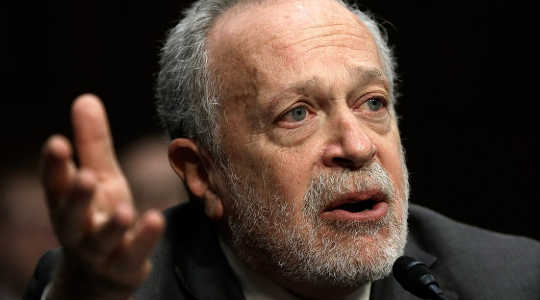 What’s at stake this election year? Let me put as directly as I can.

America has succumbed to a vicious cycle in which great wealth translates into political power, which generates even more wealth, and even more power.

This spiral is most apparent is declining tax rates on corporations and on top personal incomes (much in the form of wider tax loopholes), along with a profusion of government bailouts and subsidies (to Wall Street bankers, hedge-fund partners, oil companies, casino tycoons, and giant agribusiness owners, among others).

The vicious cycle of wealth and power is less apparent, but even more significant, in economic rules that now favor the wealthy.

Billionaires like Donald Trump can use bankruptcy to escape debts but average people can’t get relief from burdensome mortgage or student debt payments.

But average workers have lost the market power that came from joining together in unions.

It’s also easier for giant firms to extend the length of patents and copyrights, thereby pushing up prices on everything from pharmaceuticals to Walt Disney merchandise.

And easier for big corporations to wangle trade treaties that protect their foreign assets but not the jobs or incomes of American workers.

It’s easier for giant military contractors to secure huge appropriations for unnecessary weapons, and to keep the war machine going.

The result of this vicious cycle is a disenfranchisement of most Americans, and a giant upward distribution of income from the middle class and poor to the wealthy and powerful.

Another consequence is growing anger and frustration felt by people who are working harder than ever but getting nowhere, accompanied by deepening cynicism about our democracy.

The way to end this vicious cycle is to reduce the huge accumulations of wealth that fuel it, and get big money out of politics.

But it’s chicken-and-egg problem. How can this be accomplished when wealth and power are compounding at the top?

Only through a political movement such as America had a century ago when progressives reclaimed our economy and democracy from the robber barons of the first Gilded Age.

When suffragettes like Susan B. Anthony secured women the right to vote, reformers like Jane Addams got laws protecting children and the public’s health, and organizers like Mary Harris “Mother” Jones spearheaded labor unions.

America enacted a progressive income tax, limited corporate campaign contributions, ensured the safety and purity of food and drugs, and even invented the public high school.

The progressive era welled up in the last decade of the nineteenth century because millions of Americans saw that wealth and power at the top were undermining American democracy and stacking the economic deck. Millions of Americans overcame their cynicism and began to mobilize.

We may have reached that tipping point again.

Both the Occupy Movement and the Tea Party grew out of revulsion at the Wall Street bailout. Consider, more recently, the fight for a higher minimum wage (“Fight for 15”).

Bernie Sander’s presidential campaign is part of this mobilization. (Donald Trump bastardized version draws on the same anger and frustration but has descended into bigotry and xenophobia.)

Surely 2016 is a critical year. But, as the reformers of the Progressive Era understood more than a century ago, no single president or any other politician can accomplish what’s needed because a system caught in the spiral of wealth and power cannot be reformed from within. It can be changed only by a mass movement of citizens pushing from the outside.

So regardless of who wins the presidency in November and which party dominates the next Congress, it is up to the rest of us to continue to organize and mobilize. Real reform will require many years of hard work from millions of us.

As we learned in the last progressive era, this is the only way the vicious cycle of wealth and power can be reversed. by Robert Reich
If I asked you to name the biggest political party in the United States, what would be your answer?… Finding Joy In Your Work and Living A Fulfilled Life

by Kourtney Whitehead
Our work should be a manifestation of who we are and what we believe. Often when life is…

Finding A Path Back To Life After Pain and Tragedy

by Eileen Campbell
We cannot avoid emotional pain in life, and it’s through our experience of it that we come to…

Lost Contact With Yourself? Start Listening To The Signals From Within

by Barbara Berger
We have been trained to, and have become so used to, focusing on other people and on trying to…