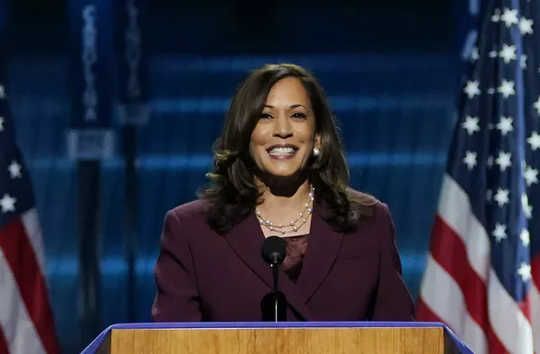 When Americans go to the polls on Nov. 3, 2020, they will either re-elect President Donald Trump or vote in the Democratic nominee, former vice-president Joe Biden.

Throughout the Democratic presidential primary, Biden supporters argued that he would be especially competitive against Trump because of his race and gender.

Meanwhile, Democratic primary voters’ focus on “electability” posed challenges for the female and Black contenders for the Democratic nomination.

Although female and non-white candidates win American elections at the same rates as white men, Democrats persistently doubted that the country would elect a woman president or a person of colour.

In a new article in the journal Perspectives on Politics, I call this type of reasoning “strategic discrimination.” Even when people are themselves willing to support diverse candidates, they may hesitate to do so because they fear others are biased against those candidates.

Of course party leaders and primary voters select candidates based on policy positions and qualifications. But they also need to find candidates who can win a general election. So party insiders try to anticipate which candidates will be most electable. In other words, who looks like a winner?

When party members are selecting candidates, they may gravitate toward white men because they feel like a safer bet, as opposed to taking a risk on a woman, a person of colour or especially a woman of colour.

But these judgments are based on misperceptions of others’ beliefs. In my research, I find that Americans’ estimates of other Americans’ levels of racism and sexism are three or four times too high.

The Real Reckoning Comes After The Election

3 Ways The Women's Movement In US Politics Is Misunderstood

Polling from the Angus Reid Institute suggests that compared to Americans, Canadians are more optimistic about their country’s willingness to elect diverse leaders.

Perhaps the most notable Canadian example comes from Kathleen Wynne’s 2013 quest to lead the Ontario Liberal Party. Wynne faced internal party concerns that Ontario residents would be unwilling to elect a gay premier.

The issue was so significant that Wynne spent fully a fifth of a major convention speech addressing it. “I want to put something on the table,” she told the convention delegates:

Wynne’s speech was met with resounding applause. Wynne prevailed in her leadership election, and she led her party to victory in the next general election.

When Jagmeet Singh launched his campaign for leader of the federal NDP in 2017, he was greeted with a predictable question: But can he win? 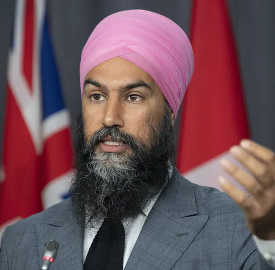 NDP Leader Jagmeet Singh responds to a question during a news conference in Ottawa on Sept. 15, 2020. THE CANADIAN PRESS/Adrian Wyld

Some of this skepticism was due to Singh’s lack of federal political experience. But people also doubted whether Canada was ready for a Sikh prime minister, particularly one who wears a turban.

Like Wynne, Singh ultimately won his leadership contest. Yet because of his identity, he had to clear additional hurdles to advance within his party.

My research shows that in the U.S., race and gender affect who looks like a winner. The experiences of Singh and Wynne suggest that a similar dynamic occurs within Canadian political parties as well. by Jena Martin and Matthew Titolo
The U.S. Postal Service implemented operational changes earlier this year that led to a sharp…

by Charles Eisenstein
Over my lifetime I’ve seen society place more and more emphasis on safety, security, and risk…

There’s No Wrong Way to Eat a Reese’s—Or Is There?

by Diane R. Gehart
"There’s No Wrong Way to Eat a Reese’s." The Reese’s slogan raises a more poignant question: Is…