How Many Women Does It Take To Change A Broken Congress? 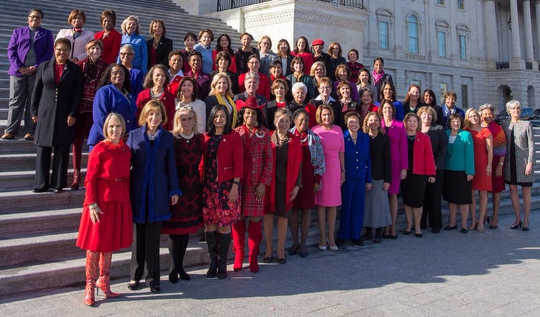 "“In terms of the diversity, we used to be over 50 percent women, people of color and LGBTQ.  Now, we’re over 60 percent and that’s a beautiful thing, that diversity for our country.”  -- Nancy Pelosi

The next United States Congress will have at least 123 women in the House and Senate, including two Muslim-American women, two Native American women and two 29-year-olds.

Ten more women could still win in midterm races that remain too close to call.

Starting in 2019, women will make up nearly a quarter of the 435-member House of Representatives – a record high. Currently, there are 84 women in the House.

As scholars who study political leadership, we believe more women will be also good for Congress for a more fundamental reason: They may just get a broken system working again.

The Potential To Work Across The Partisan Divide.

Washington has been ferociously polarized since the 2016 presidential election, but Republicans and Democrats across the nation have been moving further apart ideologically since the 1990s.

There used to be overlap between the views of Democrats and Republicans, at least on some issues. Now, there is almost none.

In Congress, the two parties thwart each other’s legislation and demonize their political opponents as unpatriotic or untruthful.

Americans now see the conflicts between Democrats and Republicans as more extreme than those dividing urban and rural residents or black and white people, Pew surveys show.

The 123 women elected to both houses of Congress – 103 Democrats and 20 Republicans – have the potential to work across the partisan divide. 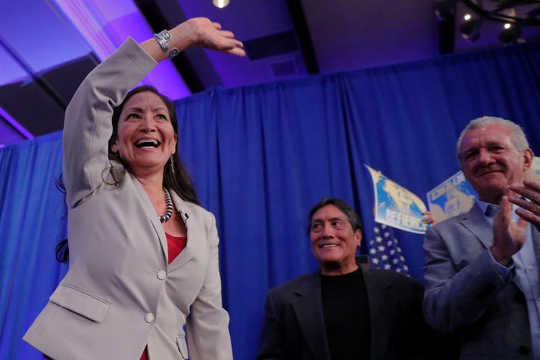 Deb Haaland of New Mexico on Nov. 6 became one of two Native American women elected to the U.S. House of Representatives. Reuters/Brian Snyder

Numerous studies on gender and problem-solving show that women are often bridge builders, collaborating to find the solutions to tricky problems.

Our research confirms these findings. In one 2017 study on leadership styles, we found that women are more likely to use inclusive “both/and” thinking, meaning they see conflict and tensions as opportunities for input rather than problems.

Men are more likely to adopt “either/or” thinking – attitudes that advance their own agendas and denigrate those of the other side.

Women have played this role in Congress before.

When the federal government shut down for 16 days in 2013 over a budget impasse, for example, it was a group of five female senators – three Republicans and two Democrats – who broke the stalemate. Together, they launched a bipartisan effort and negotiated a deal to end the budget showdown.

“The women are taking over,” joked the late Arizona Sen. John McCain.

These days, it seems, McCain’s commentary is less of a joke than a political need.

Numerous studies on teamwork show that groups with women in them function better, in part because women are more likely than men to build social connections that enable conflict resolution.

In other words, female workers in organizations become friends, mentors and helpful colleagues, which builds the trust necessary for solving problems.

Women are not the only people who work like this. In large organizations, minorities tend to seek each other out and form support networks that span hierarchy, job description and even political divides.

Men can build bridges too, of course. Gender does not dictate personality or decision-making style.

McCain, for example, was known for his bipartisan legislative efforts.

But research and history show that women leaders collaborate more often – and better.

A Human Rights System Based On Consensus

She led the United Nations working group that drafted the Universal Declaration of Human Rights after World War II. That landmark 1948 document recognized, for the first time in history, that all people on the planet are guaranteed certain rights, regardless of religion, race or political creed.

The declaration, which was approved by 48 of the 58 countries then in the United Nations, launched the contemporary human rights movement that overcame dictatorship in Latin America, isolated apartheid-era South Africa, enshrined the rights of LGBTQ people worldwide and, today, works to protect refugees and asylum-seekers.

These lasting achievements did not come about because Roosevelt strong-armed other countries.

Instead, the American first lady famously worked to keep her UN colleagues focused on the urgency of devising and passing the declaration, despite criticism, doubt, cultural difference, ego trips and distractions.

After the agreement, Roosevelt insisted that her leadership subcommittee elect a new chair to show the world what effective democratic process looks like.

Women typically adopt more democratic leadership styles, seeking out more participation from everyone in a group. The evidence shows that solutions crafted that way are longer-lasting.

That kind of inclusive deal-making could change the House of Representatives.

Collaborative, bipartisan legislation allows for more durable progress on issues like health care, immigration and the economy – all sure to be a focus for the next Congress. 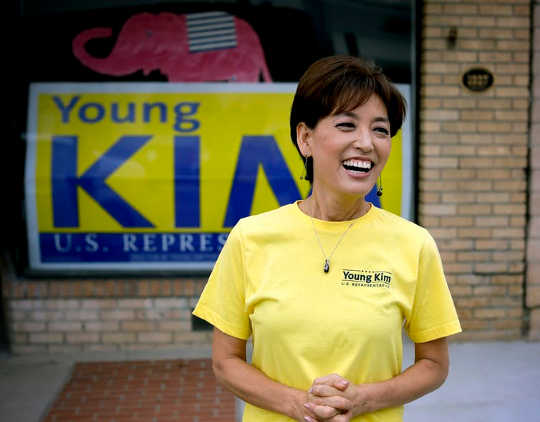 Women In A Polarized Government

But Congress may not work any better with 123 women than it does with the 84 who serve there now.

Lawmakers are elected to represent their constituents’ interests. And with American society so extremely polarized, a two-party system discourages collaboration.

Many of the newly elected women in Congress additionally came to power on strong, oppositional platforms – promises to fight fiercely against the problems they see in American society.

If Congress’s newest members really want to make an impact – passing laws that aren’t undone after the next election – they will have to do more than push their own agendas. They can work together.

Given what research shows about female leadership, more women could push Washington in that direction.