Why Efforts To Achieve Journalistic Balance Is Failing The Public 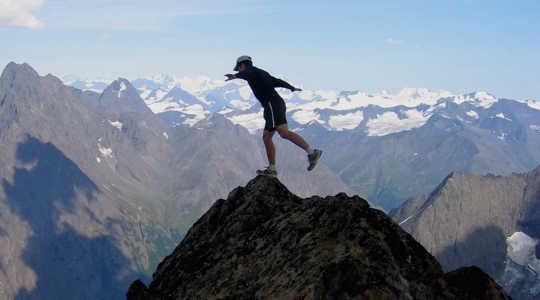 It appeared much of the media got itself into knots trying to differentiate between balance, objectivity, neutrality, and crucially, truth.

We cannot continue the old paradigm – let’s say like over global warming, where 99.9% of the empirical scientific evidence is given equal play with the tiny minority of deniers.

But surely truth is a matter of perspective – and shouldn’t a journalist aim instead to report impartially and in a balanced manner? Eight years ago, Carl Bernstein – of Watergate fame – told a packed audience attending the annual Perugia International Journalism Festival that good journalism revolved around “trying to obtain the best attainable version of the truth”. But in an era where news can be shipped to your phone in a matter of seconds, it’s becoming increasingly difficult to distinguish truth from lies.

And even truth-seeking journalists could easily be pressured into inadvertently or even intentionally covering stories in order to satisfy a false or imaginary sense of balance. You can’t blame them. The concept of “balance” – or as its critics refer to it “false equivalence” – has long been a key precept of journalism. It epitomises the idealistic notion that journalists ought to be fair to all so that, whenever they write a story, they give equal weight to both sides of the argument.

But, especially in our new “post-truth” era, this doesn’t always work to the benefit of the public good. Here are some examples of where balance doesn’t necessarily work.

Supporters of Hillary Clinton are still smarting about the coverage of her email server which was used to balance out the whiff of scandal that dogged Donald Trump’s campaign. Of course, Trump’s supporters also bitterly complained that he was unfairly targeted by the mainstream press. But is it right to seek to balance reporting in a presidential campaign where one candidate has a question mark over her use of a private email account (something her predecessor Colin Powell has admitted to doing) and the other candidate is linked to myriad scandals, including questionable tax practises, multiple bankruptcies and sexual assault allegations (which he denies).

The pursuit of balance is impractical – but this doesn’t mean journalists should pull back from investigating important stories. New York Times public editor Liz Spayd was right when she recently defended her colleagues in the wake of growing protests from readers who complained about the paper’s investigations into whether countries that had made donations to the Clinton Foundation had received special treatment from Hillary Clinton’s State Department (they found nothing). Spayd says that the danger of this is clear:

Fear of false balance is a creeping threat to the role of the media because it encourages journalists to pull back from their responsibility to hold power accountable. All power, not just certain individuals, however vile they might seem.

But you can’t help but have some sympathy for Jacob Weisberg of Slate magazine, quoted in Spayd’s article, who said that journalists used to covering candidates who were like “apples and oranges” were presented with a candidate, Trump, who was like “rancid meat”.

In a sense, the reporting of the EU referendum campaign was anything but balanced. A study by Loughborough academics found that – when you took newspaper circulation into account – there was a weight of 82% to 18% in favour of articles arguing the case for the Leave campaign.

Given that the majority of experts believed that leaving the European Union would adversely affect the UK economy, had their perspectives been fairly reported against the few genuine experts who supported the arguments for Leave, few would realistically have expected the eventual result.

Overreliance on balance can itself lead to unwanted bias. A study by Jeremy Burke concluded that the public suffers as a result of the fact that many media organisations, who are desperately seeking neutrality in their reporting, directly or indirectly withhold important information.

The environmental debate has provided perhaps the most egregious examples of why balance is failing journalism and the public. As Amanpour highlighted in her speech, in spite of overwhelming scientific evidence linking humans to global warming, news media eager to provide balance to the debate continue to challenge this notion.

Like everyone, journalists have every right to challenge scientific knowledge. But simply challenging it, or presenting dubious assertions for the sake of balance can skew the debate – against public interest.

Amanpour exhorted her audience to action, saying: “We must fight against normalisation of the unacceptable.” One way to do this is to recognise that this is what false balance can do. And to realise, once and for all, that it is failing journalists and their audiences. by Robert Jennings, InnerSelf.com
Americans and the world should count their blessings that Donald Trump is the new President It…

Of Horseshoe Crabs and Empathy

by Charles Eisenstein
The crabs and kelp and eels are all gone. The mind searches for the cause – to understand, to…