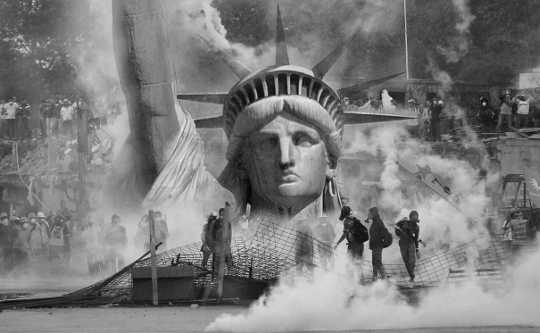 The day following the storming of Capitol Hill by Trump supporters, whose use of the Confederate flag signalled a white supremacist insurrection, Simon & Schuster announced that it was cancelling the publication of Sen. Josh Hawley’s book, The Tyranny of Big Tech. Simon & Schuster justified their decision based on Hawley’s involvement in challenging the election results and helping incite the violence.

Hawley replied with an angry tweet about how this was an affront to the First Amendment and he would see them in court. Of course Hawley, a graduate of Yale Law School, is fully aware that a publisher cancelling a book contract has nothing to do with the First Amendment. Simon & Schuster is a private company that acts in its own interests and this depends only on the fine print of the book contract.

My statement on the woke mob at @simonschuster pic.twitter.com/pDxtZvz5J0

Hawley’s anger is not just folly or misplaced disappointment, but the continuation of a long-term strategy that American historian Joan Wallace Scott has termed the “weaponizing of free speech” by the right wing, or the deliberate misrepresentation of the very idea of free speech.

As Wallace demonstrates, this dangerous redefining of freedom of speech by the right wing has nothing to do with accepting diverse opinions. Rather, it is a weapon in their culture war premised on creating confusion and misunderstanding.

It’s in this context that we all must think through the implications of the mayhem on Jan. 6 and understand the argument behind the principle of freedom of speech. We must also be willing to ask if this foundational principle developed in the 18th and 19th centuries is able to fulfil its function today in a very different digital and social media environment.

English philosopher and economist J.S. Mill’s classic defence of freedom of speech includes a limitation directly relevant to the siege of the Capitol. In his philosophical treatise On Liberty, Mill notes that action cannot be as free as speech. He immediately provides the example of speech in front of angry mob that could incite violence. Mill contends that such speech should not count as free speech but is action, and when harmful should be regulated.

This describes exactly how most media commentators and Democratic politicians understand Trump’s incendiary speech at his rally on Jan. 6. Importantly, Republican leaders who had supported Trump, such as senators Mitch McConnell and Lindsey Graham, agreed. They explicitly noted that the violent attack was, in former Trump chief of staff John Kelly’s words, “the direct result” of Trump’s speech.

But it was not the government but private corporations, Twitter and Facebook, that made the decision that Trump’s speech was so incendiary that it had to be suspended. These companies are targets of Hawley’s now-cancelled book. 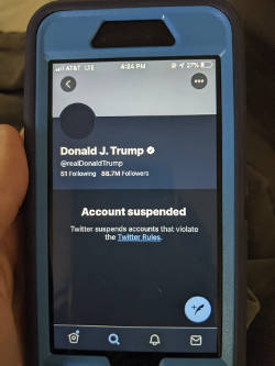 As critics have noted, both social media platforms are hardly neutral in making such determinations. They can be harmed by — and at the same time, benefit from — Trump’s incessant tweets that bypass traditional media to communicate directly to his supporters.

Twitter and Facebook are private, for-profit institutions and must put their own interests first. They cannot be expected to be a primary vehicle of the public interest. The future of Twitter and Facebook will be shaped by congressional legislation and potential regulation. To expect them not to have a dog in this fight is unreasonable.

Radical for 1784, German philosopher Immanuel Kant’s argument in favour of freedom of speech — what he called the “public use of reason” — was specifically dependent on non-democratic and illiberal restrictions on all other civil freedoms. Kant applauded the slogan he attributed to Frederick the Great, “argue as much as you will, and about what you will, but obey.” Kant’s optimism about the public use of reason was so great, it surpassed any worry of autocracy. While an important argument in the development of freedom of speech, Kant’s general position is obviously out of place for contemporary democracies.

Mill, writing 75 years later, feared democracy as the “tyranny of the majority,” but was more accepting of it than Kant. Mill did not posit an antagonistic relationship between freedom of speech and other civil freedoms as Kant had. However, to justify freedom of speech, he too clearly distinguished it from action. And Mill’s position rested on a similar optimism about the best ideas triumphing over objectionable and potentially harmful ones. Mill goes much further, with the utilitarian view that even false and terrible ideas can strengthen true and better ideas.

Of course, we have to question if this remains true in terms of hate speech and racism at the heart of much of Trump’s base.

Kant and Mill both accepted the now commonplace principle that more speech is the best response to dangerous or objectionable ideas. But today, pollsters tell us 70 per cent of Republican voters do not think the 2020 election was “free and fair” despite massive amounts of empirical and legal evidence that it was at least as legitimate as Trump’s 2016 electoral win. And there is a clear link between this and the violence we saw on Jan. 6, as well as an irony concerning the history of voter suppression (especially of Black voters) and gerrymandering in the U.S.

However difficult it might be to determine in practice, the logic of free speech rests on that childhood formula: “Sticks and stone may break my bones but names will never hurt me.” Of course, not only can names and speech hurt people, but as we have seen, they can also threaten democracy.

Trump’s angry mob was not just incited by his single speech on Jan. 6, but had been fomenting for a long time online. The faith in reason held by Mill and Kant was premised on the printing press; free speech should be re-examined in the context of the internet and social media.