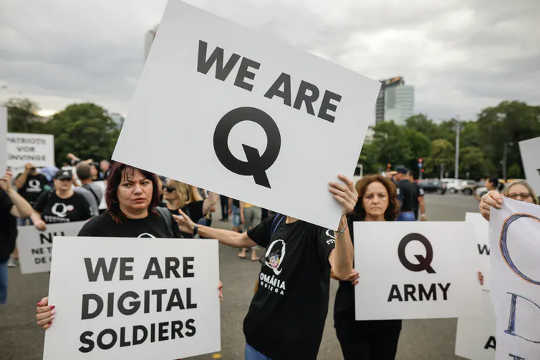 People are drawn to conspiracy theory communities when times are uncertain. M.Moira / Shutterstock.com

In the era of social media, conspiracy theories feel more prominent and prevalent than ever before. Most recently, the high level of uncertainty surrounding the COVID-19 pandemic, combined with people’s desire to make sense of a new reality, spawned a range of new conspiracy theories while also reinforcing existing ones. These fuelled the spread of misinformation about the virus, giving succour to anti-mask groups.

Meanwhile, the US presidential election is also awash with conspiracy theories. Perhaps most prominent among these is QAnon, whose followers push a range of false ideas and claims about the Democratic Party. QAnon followers have been tacitly endorsed by Donald Trump – who the conspiracy theory conveniently sees as their saviour.

In my recent book, The Power of Being Divisive, I explain how politicians benefit from taking the most radical and outrageous stances. They can capitalise on the claims made by conspiracy theorists, to antagonise certain groups, bolster their identity and, ultimately, convert them into loyal voters.

Research shows that people buy into conspiracy theories when times are stressful and uncertain. In these situations people tend to make less accurate judgements about the validity of the information they are given. But believing in conspiracy theories also makes people feel part of something bigger than themselves, and provides them with a tribe to belong to.

In my book, I discuss potential solutions to address both these problems at once. In particular, I build on Finland’s recent experience of combating the spread of fake news and conspiracy theories by teaching critical thinking in school.

Get ‘em while they’re young

Lots of governments fund specific agencies to fight for the truth and try and counter the spread of conspiracy theories. The US for example, has the Global Engagement Center, which tries to engage with attempts to manipulate opinion on social media by sourcing their origins and in some cases putting out counter-messaging. But the level of information and speed with which it can spread on social media – along with a president who peddles conspiracy theories – has made their mission difficult, to say the least.

What’s more, conspiracy theories thrive on distrust of the government. As a consequence, these official agencies often struggle to contain the spread of fake news.

Finland took a significantly different approach. After seeing the damage done by the fake news spread in neighbouring Russia, the Finnish government set up a plan to teach critical thinking in secondary school in 2014. It integrated media literacy into the curriculum and got students to exercise their critical thinking when collecting information on a specific topic. The source is assessed, and so is the content.

Students are also trained to critically evaluate statistics and numbers. These can be particularly confusing or intimidating to critique – and we naturally tend to give them legitimacy. But the Finnish experience proves that giving citizens the confidence to debunk conspiracy theories themselves is more effective than providing them with the right information. 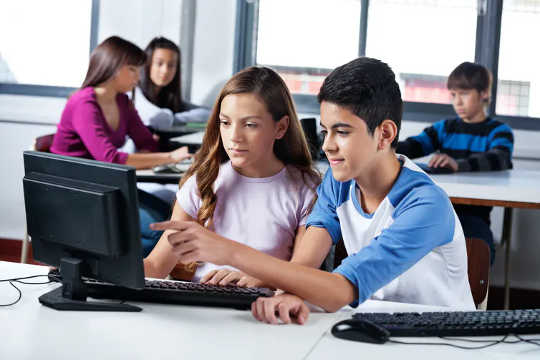 The complementary role of universal values

But another challenge is looming – and critical thinking is not enough. Followers of conspiracy theories, whether they believe in QAnon or that the world is flat, are often drawn to the community element of conspiracy theories. They feel like they belong to a select group, which makes them feel unique and special. They believe they have access to exclusive and well-guarded knowledge, which makes them feel distinctive.

These ideas are at the centre of social identity theory in psychology research. This is the idea that our perception of ourselves as individuals is driven by the groups we belong to and the identity that they have. A group of conspiracy theorists is attractive because it is seen as holding a superior truth against others – effectively, a knowledge high ground.

Finnish authorities understood this. Their secondary school programme also focused on reminding pupils of the important universal values upheld by Finnish society. These include fairness, the rule of law, respect for others’ differences, openness and freedom. Together, these are a powerful lens to exercise their critical thinking – students are called to make sense of information with these values in mind.

Ultimately, students are reminded of all the good things about being Finnish and that they already belong to group with a positive identity. This throws the identity benefits of believing in conspiracy theories into question. Plus, their Finnish identity becomes more salient as they question and identify fake news. Critical thinking and countering misinformation is what makes them part of a group they can be proud of.

Of course, this is difficult to measure but the evidence so far suggests Finland’s approach is working. A 2019 study found that Finnish pupils are much better at identifying fake news than their US counterparts. But the real benefits will take years to study, not least because Finland’s programme only really ramped up in the last couple of years.

The spread of conspiracy theories will not be stopped by simply giving younger generations the right training to engage in fact-checking, or collect evidence-based information. The reality of conspiracy theory groups is that they represent fragmented parts of our society – their very existence is made possible by social exclusion. So we must teach critical thinking alongside ensuring people feel part of a broader community. 5 Ways To Be A Better Manager When Working From Home

by Thomas Roulet
Everyone is adjusting to life during the coronavirus pandemic. For many, working from home is the… Mercury Retrograde in Taurus and Aries Asks: Are You Ready to Be a Spiritual Warrior?

by Sarah Varcas
Mercury is retrograde between 9th April and 3rd May 2017 (GMT). This Mercury speaks of the need to…

by Robert Jennings, InnerSelf.com
We have had important US elections but this one in November 2020 is undoubtedly the most important.…

The Best Advice For You? The Advice You Give Others

by Marie T. Russell
As human beings, we seem to have developed a tendency to look outside of ourselves for the…