The First Step in Spiritual Mastery: A Short Course in Manifestation 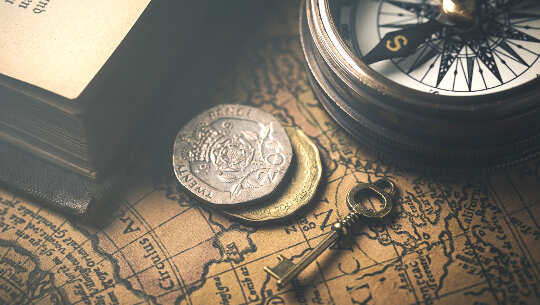 In 2006, millions of people around the world became excited about a documentary called The Secret, which described on a basic level a phenomenon called the Law of Attraction. I was very excited when I saw the film, and I even added some of the techniques to my own practice.

However, I was also a bit worried by two aspects of The Secret. First of all, it seemed to be almost completely focused on using the Law of Attraction to get the things that would hopefully add happiness or contentment to your life. There were some very important elements, or deeper secrets, that seemed to have been left out.

The other thing that worried me about the film was that I felt it oversimplified the process of manifestation, leaving out critical ingredients that could determine a person's success or failure.

One day I was discussing all of this with my friend Debbie Ford, the author of many best-selling books, including The Dark Side of the Light Chasers. She, like many other spiritual teachers I know, had very strong feelings on the subject and wanted to find a way to offer a more complete version of the Law of Attraction.

Using The Secret to Create Peace

We decided to ask a few of our friends to join us in a series of conference calls that would explore using the art of manifestation to give rather than simply get. I'm a strong proponent of viewing acts of service as a powerful path to enlightenment, and I know for certain that trying to satisfy the endless needs of the ego leads to complete disillusionment.

The conference calls were referred to as Using the Secret to Create Peace. Along with Neale Donald Walsch, Michael Beckwith, Jean Houston, and James Ray, Debbie and I launched the course. 13,000 people signed up.

Even though I'm being honest with my feelings regarding the focus of The Secret, I also want to say that I believe it was a critically important step for many of the individuals who watched it. Realizing that we create everything we experience - no matter how positive or negative it may seem - is the first step in spiritual mastery. But it's only the beginning.

Putting the Law of Attraction Into Practice

Most of the people who try to implement the Law of Attraction and fail are unaware of the issues that are blocking their ability to manifest their desires. This is usually because they haven't done the work required to clearly attract what they think they want. The reason I say "think they want" is because contrary to their belief, the technique is actually working perfectly.

Human beings are complex; and unfortunately, one-dimensional solutions rarely solve intricate problems. Most of the manifestation techniques and tools that are popular today are valuable and can produce wonderful benefits, but only if a proper foundation is laid that allows them to have the greatest effect. Making a list of affirmations and reciting them over and over is a powerful tool, but saying I am an abundant being to yourself does very little if deep down-beneath your conscious mind-you believe the opposite.

Your wish is the Universe's command, whether consciously or unconsciously. It will give you everything you ask for, so it's vital that you know exactly what it is you're asking for. Otherwise, you'll practice these techniques and pull into your life all the things you believe you don't want, and you'll say that it doesn't work. It does work - every time!

Now it's time for you to do the work so that your soul's desire - not your ego's - will be realized.

The Moses Code: The Most Powerful Manifestation Tool in the History of the World
by James F. Twyman.

At the very heart of the Moses Code is the true function and practice of the Law of Attraction. You may have been told that this Law is all about "getting" the things you want-things that you think will make your life more satisfying. But what if that's just the first step, and cracking the Moses Code depends more on what you're willing to "give" rather than "get". You're here to use the power of Divinity itself to create a world based on the laws of compassion and peace. That's the task that lies before us.

James F. Twyman is the best-selling author of numerous books, including Emissary of Light and The Art of Spiritual Peacemaking. He’s also an internationally renowned “Peace Troubadour” who has the reputation for drawing millions of people together in prayer to positively influence crises throughout the world.

James is also the executive producer and co-writer of the feature film Indigo, and the director of The Indigo Evolution and the documentary The Moses Code.

For more information on the Moses Code, including Internet courses, workshops, and teleconference calls with James, please visit www.JamesTwyman.com. Praying Peace, Being Peace, Revealing Peace Where It Is Hidden

by James F. Twyman
In mountains of Bosnia, a community of mystics who call themselves the Emissaries of Light, said to… If You Want To Experience Peace, Become Peace

by James F. Twyman
Three people sitting at a table with a single candle in its center and talking about the most… A Bright Light on the Horizon in the Here and Now

by John Randolph Price
I've written about the fear of the future and said, "If we dwell in concern over the tomorrows of… Woman Overboard: The Depths of Depression

by Gary Wagman, Ph.D., L.Ac.
It is estimated that 8 to 15 percent of all women are faced with depression at one time or another…

by Marc Lesser
Of course, we are each of us in charge of our own lives. But more to the point, gaps we identify at…

Don't Follow Me: Take the Road with Your Name On It

by Alan Cohen
I saw a bumper sticker proclaiming, "Don’t follow me -- I’m following my bliss." Good advice! How…