Close Your Eyes So You Can See: Traveling Between Worlds and Seeking to Reconnect (Video)

Written and narrated by Fabiana Fondevila.

Tens of thousands of years ago the people of the Earth conceived the world as a place inhabited by spiritual intelligences: the spirits of nature, called, variously, fairies by the Celts, kontomble by the dagaras of West Africa, apus by the Incas; and tribal ancestors and ascended teachers. They communicated with these intelligences through a set of practices universally known as “shamanic.”

The name "shaman" seems to come from the term šamán in the Tungú language, spoken in Siberia. It means witch doctor, or literally “the one who knows.” There is, however, an alternative explanation that places the origin in a Sanskrit word for mendicant monks in India, śramana. 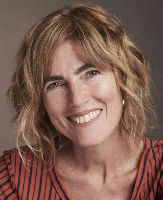 Welcome to The Love Solution (Video) It's Important to Be Open to Miracles

by Marie T. Russell, InnerSelf.com
While we may have been taught that miracles are few and far between, and not only that but only… The Key to Enlightenment: Expanding our Consciousness and Our Heart

by Alexandra Wenman
The key to “enlightenment” is in the word “light”. By opening our hearts to deeper and vaster love,… The Key to Enlightenment: Expanding our Consciousness and Our Heart (Video)

by Alexandra Wenman
The key to “enlightenment” is in the word “light”. By opening our hearts to deeper and vaster love,…

What Can We Do to Help the Whales and the Planet?

by Nancy Windheart
Many people are concerned about the whales… Good-hearted people feel helpless, and ask, “is there…

Mothering Is In Everyone's "Job" Description, Not Just "Moms"

by Marie T. Russell, InnerSelf.com
I remember reading years ago about people who used to send their mother flowers on their…