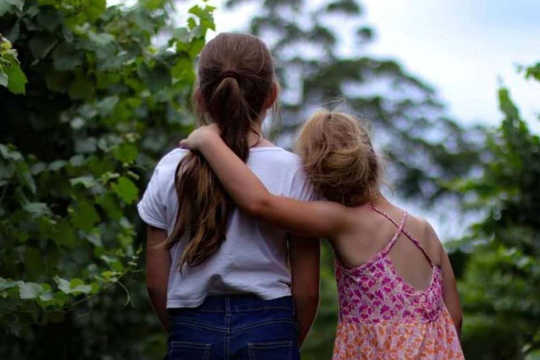 It’s important to realize that everyone’s process — everyone’s sense of tragedy, loss, and grief — will be different. Some feel as if they are going crazy, or they feel absolutely lost. Some find handrails — like faith, community, a spouse — that keep them grounded. There is no one way.

Yet one aspect of grieving seems universal: We often feel alone. When we grieve, we need to seek community, to find a place where we can share and speak and be heard.

Firefighters have a built-in community; it is what saves us and keeps us sane. On calls, we often encounter the cauldrons of other people’s pain and suffering, yet afterward, firefighters take care of one another. We check in. We call. We drag people to lunch. We let them talk. We have a couple of beers. We let old guys tell dark jokes. We allow young firefighters to cry, “What the fuck?” We let them know the next few months are gonna suck, but we’ll get through them together.

Clearly, it is inescapable that if we love, if we care, we will eventually lose what we love and we will suffer that loss. This is part of the whole, part of being human. We love, we grieve, and we survive.

When Your Compassion Is Gone

There are times as you swim out of the deep and upward toward the surface that you feel numb, that you feel nothing, your compassion is gone, your ability to share any emotion has withered.

For example: I was helping a woman who had attempted suicide walk to our ambulance. Her distraught daughter was with us, and halfway down the walk, indifferent to her emotional state, I turned and asked her, “Didn’t you go to day camp with my daughter?” The daughter looked at me like I was crazy, which at the time I guess I was.

On another call, helping a terrified woman who had just had a stroke, I remember thinking, Cool! Classic stroke symptoms.

This is called compassion fatigue — when your “emo­tional intelligence quota” drops to zero.

Another time, five of us — I and another firefighter, my sister (who is a firefighter-paramedic in a neighboring dis­trict), and my brother and his wife — were sitting having coffee. We were talking about a fatal bicycle crash that had just happened involving an acquaintance of my brother, also an avid cyclist.

An Orca Mother Grieves: Tahlequah and her Calf

The Hardest Part Is Always the Parting

Life After Death: Americans Are Embracing New Ways To Leave Their Remains

The other firefighter and I immediately began discussing, to the horror of my brother and his wife, the mechanics of a cyclist versus train collision and whether or not it might have been suicide.

My sister, seeing that we weren’t noticing the emotions of my brother and his wife, pointed at us, said, “Compassion fatigue,” and told us to shut up.

Too many bad calls with rotten outcomes can push people into the deep end of the pool.

After tragedy, it first feels like you’re wrenched through every emotion possible, from sadness to anger to terror and more. When it becomes exhausting, too much, you default to numbness, and this includes numbness to the emotions of others. It is like you don’t understand why other people are sad, why they are angry, frustrated, or happy. You just don’t get it.

Fake It Until You Make It

When I reached this point, I started taking cues from those around me. Even though I felt nothing, when others showed empathy, I did the same.

By pretending, I became an expert at faking it. I mentioned this to a friend, Mitch Litrofsky, whose surprising rab­binic wisdom has been a lifeline for me more than a few times.

Mitch smiled and replied, “Going through the motions is important. In the Talmud, the thought is expressed this way, ‘Doing without the best intentions leads to doing with the best intentions.’ You keep doing the work, and eventually, the caring will come back.”

My dad often said the same thing in a different way, “Fake it until you make it.”

I took their advice. For months after the crash, for almost a year, I kept faking it. Then the following spring, we were paged to a cardiac arrest.

When The Caring Comes Back

I arrived a little after our ambulance. The patient was in his fifties, with untreated diabetes, high blood pressure, and a history of strokes. His wife watched in horror, hands over her mouth, as we hauled him off the couch, ripped off his shirt, started compressions, placed the defibrillator pads on his chest, and started an IV on his arm. She made the sign of the cross as we gave him drugs, then defibbed once, then twice, then a third time. When the lead paramedic finally shook his head, she collapsed to her knees, sobbing.

I was closest to her. I automatically knelt by her and put my hand on her arm. She put her head on my shoulder and cried. I didn’t say anything. There is nothing that you can really say. It’s sometimes best to just be quiet. Yet right there, at that moment, I felt bad for her. I felt sad again.

What I’ve learned through all of this is, first, naming things is essential. Now, after a bad call, when I slowly slip into not feeling anything, I can say to myself, “I have compassion fatigue again.” It’s exactly like saying, “I have the flu.” I know I will suffer the symptoms for a while, but I’ve had it before, and I know it will pass. I know it is not a character flaw in me, and it is not permanent.

Next, I’ve learned to tell the individuals I’m close to, family and friends, when I am experiencing it. Again, to me, it is like telling someone you have the flu. This is helpful for two reasons. First, it helps others understand that you’re not an unfeeling jerk. Second, it helps break down the stigmas over mental illness, even the temporary kind.

Finally, I’ve learned that it’s okay at times to fake it till you make it. It goes against the grain to say — ever — don’t be your authentic self. But sometimes, especially after a tragic event, you literally are not in touch with who you are. You are floating in space. When that happens, fake it until the shock wears off, until you feel again, until your compass quits spinning, and you can stand on your own.

©2020 by Hersch Wilson. All Rights Reserved.
Excerpted with permission of the publisher.
Publisher: New World Library.

Firefighter Zen: A Field Guide to Thriving in Tough Times
by Hersch Wilson

“Be brave. Be kind. Fight fires.” That’s the motto of firefighters, like Hersch Wilson, who spend their lives walking toward, rather than away from, danger and suffering. As in Zen practice, firefighters are trained to be fully in the moment and present to each heartbeat, each life at hand. In this unique collection of true stories and practical wisdom, Hersch Wilson shares the Zen-like techniques that allow people like him to stay grounded while navigating danger, comforting others, and coping with their personal response to each crisis. Firefighter Zen is an invaluable guide to meeting every day with your best calm, resilient, and optimistic self.

Hersch Wilson is a thirty-year veteran volunteer firefighter-EMT with the Hondo Fire Department in Santa Fe County, New Mexico. He also writes a monthly column on dogs for the Santa Fe New Mexican.

Video/Presentation with Hersch Wilson: How to Thrive in Tough Times by Hersch Wilson
The most difficult act of bravery is often kindness. There are a hundred reasons not to help a… How To Stay Calm In An Emergency or Under Stress: A Primer Grieving Our Animal Friends at the Holidays (Video)

by Nancy Windheart
Many of us have experienced the deaths of our animal friends, and the Covid-19 situation has made… Why Geniuses Have Genius: The Power of Passion

by Suzanne Falter
What geniuses do is straightforward enough — they recognize their gifts, and then they fully and…

by Barbara Berger
Did you ever wonder what characterizes a psychologically mature person? I’ve thought about it a lot…