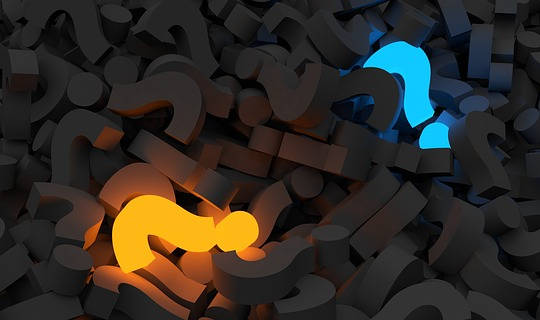 Has anyone ever told you that you are selfish? Were you offended? Did you defend and justify your actions? Did you walk away feeling insulted?

I have been rethinking selfishness, the ego, and self-centeredness. In some schools of thought these are dirty words, nasty attributes to be subdued, transmuted, and overcome. But maybe they're not so bad. Maybe its all how you look at them.

Baseball star Reggie Jackson said, "The only thing I don't like about the World Series is that I can't watch myself play." Now this statement sure sounds egotistical. But maybe it's an admirable form of ego. Maybe the guy really likes and appreciates himself. Maybe this kind of self-appreciation is what made Reggie Jackson a sports superhero.

Being a Proud Super-Hero

Perhaps if you and I received that much enjoyment out of what we do and we were willing to state it openly, we would be superheroes in our own right. Maybe we are already superheroes, but we have not been ready to claim and make a stand for our greatness.

Shakespeare declared, "Self-loving is not so vile a sin, as self-neglecting." Most of the people I know suffer more from self-neglect than from self-loving. Hilda Charlton, a mystic with whom I studied for many years, suggested that everyone in the world has veered from peace in one of two ways: through arrogance or a sense of unworthiness. Yet the arrogant suffer from the greatest feelings of unworthiness, for those who impose themselves on others are motivated by an inner sense of lack and powerlessness. Can you imagine how empty Hitler must have felt to have to destroy others to get his way?

Sometimes people in my seminars protest, "But if I do the things I really want to do, I am afraid I will become self-centered and obnoxious." No, I tell them, you will become self-empowered, happy, and a delight to be around. You will have so much energy, prosperity, health, and well-being that you will be in the best possible position to support others and serve them in the most powerful way.

Teaching on the spiritual circuit for many years has afforded me the opportunity to observe many of the most popular and highly-regarded teachers, authors, therapists, and gurus on the planet. Many of them are blazing egotists, high-maintenance celebrities with long lists of demands of those who promote and surround them. Some of them, from a clinical standpoint, would be judged to have serious personality disorders.

Yes, that brilliant person whose book you just paid $25 to read, and whose seminar you just paid thousands of dollars to attend, is extremely self-involved. Some such leaders must run the wherever they go, and no one else gets to get a word in edgewise.

Self-Confidence: Caring About Yourself

Now here is what I have also noticed: These people are also extremely self-confident. They recognize that their ideas are good and they have a lot to offer. They are not busy trying to please people or say the politically correct thing. Some of them don't care at all if you like them.

Personally, I think egotistical teachers are ahead of the game. I think they are happier and get more accomplished than a bunch of wimpy self-flagellators hoping God will still love me if I eat Fritos. And yes, I write from my own experience. I remember walking the streets of New York for an hour during a conference lunchtime, trying to find a restaurant without preservatives. I ended up starving for the day, and I wasn't much fun to be with. Now I would rather just eat.

In a world where fear, crisis, and insufficiency dominate the media and many personal lives, the notion of claiming contentment may seem fantastic or even heretical. Yet finding sufficiency right where you stand may be the answer to a world obsessed with lack. In his warm, down-to-earth style, Alan Cohen offers fresh, unique, and uplifting angles on coming to peace with what is before you and turning mundane situations into opportunities to gain wisdom, power, and happiness.

Alan Cohen is the author of many inspirational books including A Course in Miracles Made Easy and his newly-released inspirational book, Soul and Destiny. Join Alan and musician Karen Drucker for a transformational in-person ACIM-based retreat in California, Into the Light, December 6-10, 2021. For information on this program and Alan’s other books, recordings, and trainings, visit AlanCohen.com by Alan Cohen
Considering the challenges facing humanity, one might wonder if it’s time to put less emphasis on… Are Emotions Bad or Are They A Gateway to the Soul?

by Brandon Bays
We often have the misconception that our emotions interfere with our experience of ultimate peace:… Getting Along With Others: Simple or Complicated?

by Karol Kuhn Truman
Many people have real challenges in their relationships with other people. Are you one of them? One…

How You Can Take Care of Yourself and Make Good Choices

by Barbara Berger
You can only take care of yourself if you know yourself. You can only make good choices for…

The Power of Women: Healing The World With Feminine Energy