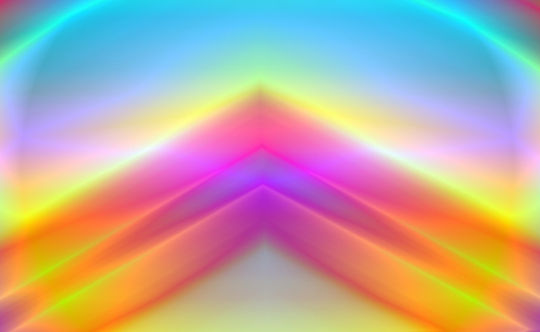 My first post-marital relationship was a sexual turning point. Blake was an exciting man. At the age of forty-two, with enough money to retire, he'd wrenched himself away from his workaholic ways as a professor and publisher to seek pleasure and peace of mind. Soon after his divorce, he quit therapy, came off the addictive pills prescribed by his doctor, and stopped drinking his ritual martinis before dinner. At the time we met, I'd been off alcohol for three years, so we were both completely drug free. We started mainlining sex.

I intended to explore sex passionately and in depth without the interference of church or state.

We were both delighted with our intense, experimental love affair. Good sex quickly changed my image of ecstasy. In the past I'd been grateful for one orgasm during lovemaking. What you don't know, you don't miss. Now I was having several orgasms, and their intensity actually alarmed me. After every big one, I needed reassurance from Blake. Did he think the neighbors could hear me? Was he sure that I wasn't damaging my body? Was it really okay with him when I carried on like that? It was my introduction to pleasure anxiety, the fear of having too much of a good thing. He told me I was the sexually responsive woman of his dreams.

Through our discussions, I began to understand how our whole anti-sexual social system had repressed us. We couldn't even touch our own bodies for sexual gratification without feeling sick or guilty. That realization made me so angry that I resolved to banish sexual guilt from my mind once and for all. It would no longer be part of my life.

Society has been slow to provide any positive images for divorced people, single parents, surviving partners, or older gay people who end up living alone. The idealized image of the young romantic couple whose love for each other mysteriously conquers all will get us through our twenties, but like Romeo and Juliet, it helps to die young. Getting married and staying together forever may work for some people; for millions of others it doesn't. There needs to be more support for the positive aspects of two people "getting apart." We should be congratulated. Divorce doesn't mean failure, and living alone doesn't necessarily mean loneliness. Two of the happiest days of my life were the day I got married and the day I got divorced.

Being a whole person took me back to that period in my childhood that I loved the best. It was just before everyone started going steady. We hung out in small groups, and the world seemed larger with more possibilities. But by high school, hanging out with friends on Saturday night became a memory because suddenly everyone traveled in twos, like Noah's ark.

Within five years Blake and I reached a critical point. The old sexual charge had diminished, and we wanted to have our primary sexual exchanges with other people. In a traditional relationship, we would have had to sacrifice sex for the security of staying together. In another five years, we would have been cheating on each other with clandestine affairs. However, our radical idea of separateness paid off. There was no love-hate drama, and I had no urge to destroy myself with despair or rage. We even double-dated with our new lovers and continued to be good friends.

Blake and I have continued to be an important part of each other's lives, sharing a dynamic dialogue based on a mutual interest in sex. Our meaningful friendship goes on to this day. It's a different kind of love story.

Sex For One: The Joy Of Self Loving
by Betty Dodson

BETTY DODSON, artist, author, and sex educator, has been a public advocate for women's sexual liberation for several decades. She was an international author of sexual self-help and with a Ph.D. from the Institute for Human Sexuality. For more info visit: https://dodsonandross.com/  Betty died on October 31, 2020. by Sarah Mane
One day at a retreat - I was quite young at the time - I was in a group, and we were asked to fall…

It's February: Time to Wake Up and Smell The Coffee

by Sarah Varcas
February may feel a lot more like the start of a new year than January did! With Mercury retrograde…