What is the Tantric Practice of Maithuna or Ritual Sex? 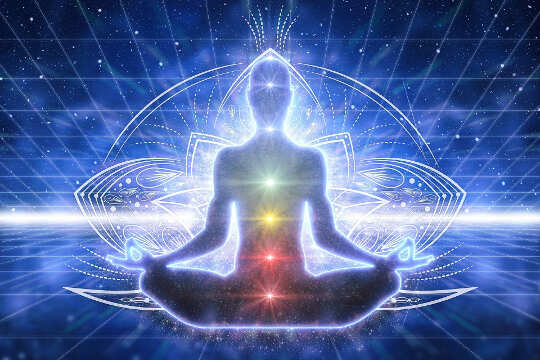 Maithuna, or ritual sex, is the concluding part of a long, five-part ceremony known as the "five Ms", or panca-makara. The preliminary stages involve taking madya (wine), matsya (fish), mamsa (meat) and mudra (parched grain). All these substances are thought to have aphrodisiac properties, and the first three are ordinarily forbidden to Hindus. As a consequence, the panca-makara is often cited as an example of Tantric shock techniques: the need to experience the highest possible ecstasy via the lowest possible means.

This assessment is probably a relatively modern rationalization of behaviour whose original purpose was nothing more than pleasure (itself a legitimate Tantric goal). Between the 8th and 11th centuries, fish, wine and meat (especially pork) were regarded as luxuries.

The five Ms ritual may well have been part of the Tantric process of blurring distinctions between the castes, but equally it may have simply provided the Tantrika with experiences normally available only to the wealthy. Ganja (cannabis) and datura may also be used as a prelude to maithuna, but merely to provide a tantalizing glimpse of the ecstasy that can only be reached by devout, concentrated ritual intercourse.

The Tantras emphasize the dangers of maithuna, and state that the practitioner must be a hero (vira), free of doubt, fear or lust. An especially heroic Tantrika might perform maithuna with up to 108 women in a single evening, although some of these he would do no more than touch.

Maithuna: A Ritual of Transformation

Maithuna is a ritual of transformation, and although it is expected to generate pleasure, and through this transcendental bliss, the pleasure must not be of the ego -- when the man and woman embrace, they do so not as themselves, but as male and female deities. One text, the Kaulavalinirnaya, describes the panca-makara as the "five-fold Eucharist", and states that "all the men become Shivas, the women Devis [goddesses], the hog's flesh becomes Shiva, the wine Shakti [Shiva's female counterpart]".

Maithuna is usually carried out in a circle of initiates, guided by a guru. It may incorporate meditation, yogic postures, the recitation of mantras (sacred syllables), the visualization of yantras (diagrams of lines and colours that represent the cosmos) and the invocation of whole series of deities or devatas (created by the coupling of Shiva and Shakti). The partners should ideally remain immobile, and the man should not discharge his semen. If by accident he does, he smears it on his forehead in the region of the "third eye", which allows him to reabsorb at least some of its potency. The moment of orgasm is, in theory, lost in a much longer wave of ecstasy, which does not involve ejaculation.

The woman, on the other hand, may experience a conventional orgasm, and is even encouraged to do so, as this is believed to release the rajas, the vaginal secretion generated by sexual excitement. In some Tantric schools, the production of the rajas is even the main objective of maithuna: it is collected on a leaf and added to a bowl of water. After being ritually offered to the deity, it is drunk by the man. Even if the rajas is not collected outside the body, it is considered that a true adept knows how to absorb it through his penis, a technique known as vajroli-mudra, which enriches his own hormone system. However, the principal exchange between the partners in most Tantric rituals is considered to be sexual energy.

The Energy of the Subtle Body

Within the material human body, Tantra envisages a complex system of channels, or nadis, carrying energy from the transcendental cosmos that pours in through the crown of the head. This system is known as the subtle body, which re-radiates part of its accumulated energy to form the self-generated illusion that the material body experiences as the real world. (This radiation is thought of as waste, and is sometimes described as a rat, sucking at the Tantrika.)

Enlightenment, always described in male terms, is achieved by driving the energy that is coiled in the base of the spine (the female kundalini or serpent energy of the Hindus, or, for the Buddhists, a personification of female energy such as a dakini) up through the different chakras to the crown of the head. To the Hindu, this is the seat of Shiva, and the kundalini is a manifestation of Shakti. By rousing the normally sleeping serpent, and causing it to shoot up through the body to the crown, the Tantrika re-creates the union of the god and goddess within himself.

Sexual dualism exists in the human subtle body as two nerve channels. The ida (Buddhist lalana), which is red, runs along the left of the spinal cord and represents female creative energy, the moon and, ultimately, the void and knowledge. The pingala (Buddhist rasana), which is grey, runs to the right of the spinal cord and is the male creative energy, corresponding to the sun and, ultimately, compassion and practicality. So long as these two channels remain distinct, the individual will continue to be trapped in the cycle of death and rebirth. To the Buddhist especially, the combining of these opposites within the body is seen as a way of cancelling them out, bringing the individual closer to the condition of the void.

The energy generated during real or imagined intercourse with a female partner, along with yogic techniques of breath control, stimulate the kundalini of the man, which blends with his unshed semen to produce bindu (translated semen). Bindu, like the foetus, is composed of the five elements -- earth, water, fire, air and ether -- and its formation in the body represents a form of conception.

The bindu breaks away from the two sexual channels and generates a new, asexual central channel called sushumna (or avadhutika, the cleansed one) along which it travels to the higher chakras, and ultimately to the "lotus on the top of the head". There it unifies all the elements of which it is composed, as well as the different male and female aspects of the practitioner. The Tantrika, therefore, uses ritual sex to fuel a kind of internal alchemy, fusing spiritual energy with material (unshed) semen in order to unite the various elements of the self.

Reprinted with permission of the publisher, Seastone,
an imprint of Ulysses Press. (2000 American edition),
©1996. http://www.ulyssespress.com

Sex and Spirit: An Illustrated Guide to Sacred Sexuality
by Clifford Bishop.

Info/Order this paperback book. Also available as a hardcover.

Clifford Bishop is a writer, journalist and editor who has traveled extensively throughout Africa and Asia. He spent two years studying the ways in which tribal people in Zimbabwe fused their traditional beliefs with art, dance and rituals. Bishop, co-author of Animal Spirits (1995), is also a contributor to two British newspapers, The Independent and The Sunday Times.

Where Terrorism Ends: Starting From the Inside Out

by Alan Cohen
When you use fear, guilt, threat, or punishment to control someone who bothers you, you add to the…

by Eileen Day McKusick
Purplewashing is a term I have coined to describe the tendency people have to gloss over, repress,…

The Roads Both Taken

by Jan Phillips
Every night after dinner, people gathered round a small fireplace and Father Oshida gave an evening…