Young people are eager to have sex, but will post-pandemic hookups bring happiness or despair? 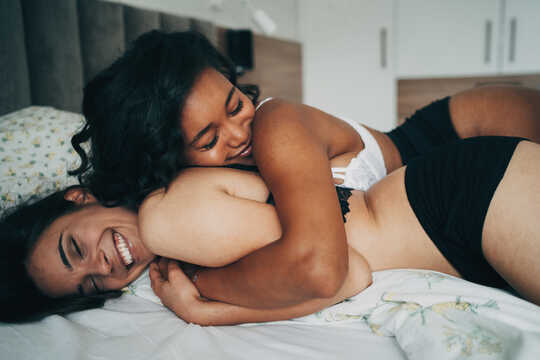 Anecdotal evidence suggests that young adults are more than eager for sex after long months of socially isolating. filadendren/Getty Images

As an associate teaching professor who teaches a very large human sexuality class at the University of Washington, I benefit from frequent access to young people’s inner thoughts and desires surrounding relationships and sex.

Recently, I administered an online poll asking my students what they predicted fall quarter would be like when everyone returns to campus. Nearly three-fourths – or 73% – said that they expected to engage in more hookups and casual sex themselves, and 94% agreed that there would be more hookups among other students in general than there were prepandemic.

I agree with my students’ predictions. On my Instagram account, where I frequently query people about their sexual ideas and attitudes, memes like “Vaxxed and Waxed” and “Hot Vax Summer” are flying. A lot of people, it seems, are ready to party.

Can past catastrophes shed light on whether there will be a large rebound effect in people’s sexual behavior? Are we about to enter a Roaring 2021?

Just how the end of the pandemic will shape people’s sexual behavior is hard to predict. Comparing this period to the Roaring 20s misses the fact that the era of flapper dresses and speakeasies began with not only the end of the deadly influenza virus pandemic of 1918, but also the end of a world war. And unlike COVID-19, the 1918 flu predominantly affected the young. So despite the trauma of the past year, the current mood may not be quite as over-the-top euphoric as to invite comparable celebration.

Research into past human catastrophes and natural disasters, such as earthquakes, hurricanes and the Sept. 11 terrorist attacks have found subsequent increases in childbirth, smaller spacing between pregnancies and increases in sexual risk taking, such as more condomless sex. But these studies apply to specific catastrophes and narrow demographics, which makes it difficult to generalize their findings.

Consider condomless sex. If anything, the pandemic seems to have made people more careful when it comes to protecting themselves from infection and disease. In my view, the notion that sexual risk-taking will increase is somewhat hard to imagine.

From a broader, somewhat more philosophical standpoint, research on terror management theory suggests that when humans’ mortality is made salient, which the pandemic clearly has done, people experience a sense of existential dread that they will go to great lengths to extinguish.

In other words, by being reminded of the fragility of human life, humans respond by doing something, anything, to establish that our lives matter – that our impact as beings will continue even after we die.

Sex, because of its inherent link to procreation, might be one natural solution to being made to feel like you’ll “live on” in at least some, abstract sense. Indeed, research has found that men, especially, respond to mortality salience by engaging in more condomless sex. 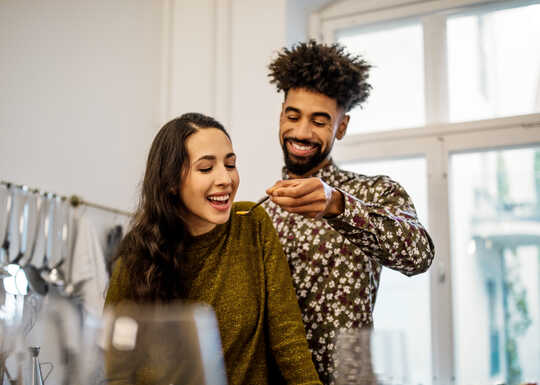 A good sex life leads to happiness in other areas of life, some studies suggest. Luis Alvarez/Getty Images

Why this is good news

Should a tidal wave of sexual activity truly occur, it will have far-reaching implications in all areas of young people’s lives. Returning to regular life will certainly mitigate the loneliness resulting from a year of quarantine and isolation. But what will really happen when the sexual floodgates reopen? What types of emotional and physical repercussions might young people have to navigate?

First, some happy news. Should a sexual revolution hit college campuses in the fall, there is robust research to suggest that this could produce both physical and emotional benefits. Large-scale longitudinal studies demonstrate that people who participate in regular sexual activity enjoy improved emotional well-being, improved cardiovascular health and lower morbidity. Regular sexual activity has also been found to reduce cognitive decline in older age.

This doesn’t negate the fact that casual sex can invite greater risk of sexually transmitted infections and unplanned pregnancies. Obviously public policy should encourage safe-sex practices and comprehensive sex education. But despite the “less is better” messaging that students often receive when it comes to sex, it turns out that not having sex could also be risky.

The emotional impact of casual sex

What about the emotional repercussions of a casual sex free-for-all? To begin, and despite what the media suggest, the prevalence of casual sex hookups, where sexual activity occurs between two consenting people with no plans for entering into a committed romantic relationship, is on the decline. Although researchers do not entirely understand the reasons for this drop, early research findings point to decreased alcohol consumption among young people. For young men in particular, increased video game usage and living at home with one’s parents also negatively correlate with casual sex hookups. This last point is perhaps not surprising.

So should the end of the pandemic reverse this decline, as many believe it will, what will be the emotional fallout? Public discourse as well as speculation among the media suggests that sexual encounters outside the context of committed relationships can be emotionally damaging. The evidence here truly is mixed, however. Some studies show zero association between psychological well-being and casual sex. However, others suggest that casual sex is negatively correlated with psychological well-being and positively associated with psychological distress.

Studies also suggest that for women in particular casual sex can be emotionally risky and is correlated with increased alcohol and drug abuse. The asymmetry of this last point is likely due to gender norms, since women are often shamed for engaging in casual sex whereas men are typically encouraged.

The mixed results from these studies suggest that there must be some differentiating factor that makes some hookups lead to happiness and others to despair. The question, of course, is just what this variable might be. Recently, researchers have suggested that it may come down to a question of motivation. The idea draws on something called self-determination theory, which suggests that people are happiest with their choices when they feel that they made them freely and autonomously.

In the context of casual sex, an autonomous hookup is one motivated by a desire to have fun, or for sexual adventure and satisfaction. Conversely, casual sex initiated out of a desire to persuade the other partner to enter into a committed relationship, or to get back at an ex, is not autonomous because it stems from an ulterior motive.

Indeed, research shows that autonomous casual sex leads to positive feelings and even improved academic success. Nonautonomous hookups, on the other hand, can lead to distress or misery.

So where does this leave young adults eager to hook up? How best to leverage these research findings to advise my students? My message will be clear. If your goal is sexual adventure and satisfaction, then enjoy all the casual sex you desire provided you use a condom. If you prefer to abstain or enjoy sex only in the context of a relationship, those are great options too. However, let’s not judge or shame others for their sexual choices, especially women. Have fun, but be safe. Cancer Can Be Cured: On The Road Towards Self-Determination

by Tjitze de Jong
Pioneers of all types are often met with disbelief, ridicule, harsh judgements, and lack of…

Mars in Aquarius: We Are the Battleground!

by Nora Caron
Señora Labotta stared deep into Lucina’s eyes. “You are not the only soul who has suffered in love.…