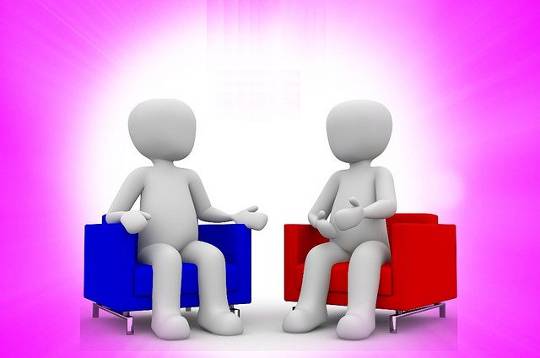 Quietly, to yourself, think of the one thing you most want no one to know about you. Maybe you had an affair, or a nose job; maybe you stole something once, cheated on your income taxes or had an abortion. Sometimes the dirty deed seems absurd. I had a woman confess to me in tears that years ago she had given away the family dog when they were moving, and she had told her kids it had run away.

I could literally see the burden lift from her as she shared the experience with me. She then proceeded to tell her now adult children what she had done and they readily forgave her. When I saw her next she was a different person. She knew that she was loved and accepted regardless of what she had done - - something she hadn't known before.

Now for step #2, go tell someone. "Arruuuggghhh. No way am I going to tell anyone that" is the usual response. That's why you haven't, but if you knew how much better you'd feel right now, and for the rest of your life, you'd run out and shout it from the roof top.

Although it doesn't really matter who you tell, it might be helpful to pick an appropriate person. It may not be effective to tell your Catholic mother-in-law that you cheated on her daughter, and you may not want to tell the parish loud mouth that you lust after the preacher's wife. The important thing is that you do it. Think of the worst thing you have ever done and find someone you can tell. Pick someone who won't fly off the handle and scream at you about the irresponsible louse you are. If you're a church goer, your preacher might do, or maybe the preacher of a different church, or maybe the preacher of a different church in a different city or country.

You might want to dress in your worst clothes and go downtown with a bottle in a bag. Sit in a dirty alley and strike up a conversation with the first wino that comes along. Listen to his woes and his philosophy for a while, and then unload on him. Compared to what you've just heard you probably won't have much trouble telling him that you stole lunch money in 3rd grade or that you think your mother's a creep. Go easy on him though. He'll probably laugh you out of the alley if he thinks this is your big life secret you're sharing with him. I know this sounds absurd, but not only will you feel better, you'll probably learn something too.

Contrary to popular belief, the wino may serve you every bit as well as the preacher. You may also find that he has some of the most practical counsel you've ever heard. The preacher does not have any God-given right to forgive you, but you will think he does because you will truly feel better when you tell him your secret. The reason preachers sometimes work better is because we believe they represent God. Once we understand that we all represent God, the title of the person we choose to confide in becomes moot. Besides, you might be doing the wino a favor he probably doesn't get as many opportunities to relieve burdens as the preacher does.

I once spoke with one man who felt that he was living in the depths of sin because he found women other than his wife attractive. I told him that I, too, found women other than his wife attractive. What does he think? That we're supposed to go through life until we find the most attractive woman in the world, marry her, and have our optical brain synapses altered so that we live in the delusion that we, and we alone, have married Aphrodite? What else could explain his absurd belief?

Our secrets may seem ridiculous to others, yet to us they are our reality and they seem so real, and so ominous, and so bad, that we would rather give up our life than have the truth be known.

Where do we get these absurd beliefs? Probably from well-meaning "experts" called parents, teachers, clergy and other big people. They may not have even said it, but it was our interpretation, and at the time we probably believed they were speaking for God, or that they were God. But now that we're "grown up", it's time to dump these burdens.

The mechanics of it is that we are our secrets. We become what we hold inside. If we broadcast the treasure and keep the trash, we become the trash. If we keep the treasure to ourselves and reveal our trash, we become the treasure. This doesn't mean you have to spread your dirty laundry all over town, it just means that you have to unload your extra baggage on someone else. Don't worry about them, they'll throw the trash away immediately, like you would have done years ago if you had only known how.

These secrets are a burden that you need not carry around. Not because they are bad or because it's a sin, but because it takes effort to conceal truth, and this effort drains you every minute -- it zaps the life-giving force right out of your being. This will not be an easy step, but it is likely to be one of the most rapid and effective steps you can take into the world of peace that awaits you. So do it anyway.

If you promise to tell your secret I'll tell you one of mine. Okay. Ready? You've thought of yours, now here is one of mine. I am scared to publish this book. That may not seem like much to you, but to me it is a real fear, and I don't want anyone to know it, but I do feel much better knowing that you know that no matter how successful or unsuccessful this book is, I am a real person with real fears, and that publishing it is facing one of my fears and taking one small step toward my divine destiny.

Now, tell me, what is your secret?

Reprinted with permission of the publisher,
Andante Publishing.

25 Things You Can Do To Feel Even Better Right Now
by Bill Chandler.

A lighthearted, inspirational and positively irresistible approach to enhancing the quality of your life and enriching the lives of those around you. A delightful blend of humor and thought-provoking stories sprinkled with common-sense wisdom that will change your life - Right Now! Everything we do is in an effort to make us feel better. No exceptions. This may seem like a trivial self-centered thing to spend our precious lifetime doing, but it is actually our one and only purpose for being here. We adhere to all religion, all psychology, and all theology in an effort to help us in this endeavor. by Emily Harris and Sari van Anders,
A man sits on the couch, watching TV. His partner, a woman, prepares dinner, while mentally ticking… Collaborative Divorce: A Process and a Mind-set

by Nanci A. Smith, Esq.
Your psycho-spiritual-emotional health is the key to a successful legal divorce. Collaborative… From Misery to Splendor: Restoring Relationships

by Catherine Shainberg
We live in relationship. Even if we’re hermits on the top of a mountain we cannot help but relate…