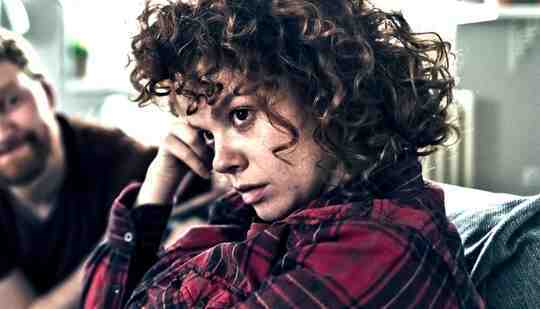 Partners can directly influence the likelihood that a pregnant woman will drink alcohol and feel depressed, which affects fetal development, new research shows.

“The findings emphasize how many factors influence alcohol use during pregnancy,” says lead author Carson Kautz-Turnbull, a third-year graduate student in the psychology department at the University of Rochester. “The more we learn about these factors, the more we can reduce stigma around drinking during pregnancy and help in a way that’s empowering and meaningful.”

They found that higher use of alcohol and tobacco by partners as well as pregnant women’s lower relationship satisfaction increased the likelihood of prenatal alcohol exposure. Conversely, women who felt supported by their partners reported lower rates of depressive symptoms and were less likely to drink during pregnancy.

All study participants had a partner; most were married. In their first trimesters, the women reported on their relationship satisfaction, including frequency of quarreling, happiness with the relationship, and the ease of talking to their partners, their partners’ substance use, and their socioeconomic status.

In the third trimester, researchers surveyed the participants about their own drinking habits and depressive symptoms. Subsequently, the researchers assessed the infants’ mental and psychomotor development around the age of six months.

According to the team’s analysis, pregnant women’s depressive symptoms and drinking directly correlated with their relationships with their partners and to their partners’ substance use. The researchers asked about alcohol and tobacco use only.

Positive partner influences resulted in women’s lower alcohol use in late pregnancy and fewer depressive symptoms. The findings applied even when researchers took socioeconomic status, generally linked to depression and drinking, into account.

Higher prenatal alcohol exposure resulted in poorer mental and psychomotor development in the infants, though a mother’s prenatal depression did not affect babies the way drinking did.

That’s why maternal health and pregnancy interventions are likely to be more effective when partners are included, with benefits for both mothers and babies, the team concludes. Interventions addressing the partners’ substance use may help reduce pregnant women’s substance use, too, while improving their relationship satisfaction, protecting against depression, and boosting infant development. Do You Wish To Keep Love Alive? Here's How... Why Can’t I Eat Out At A Restaurant If I Socially Distance?

by Ryan Malosh
Restrictions on indoor dining are some of the hardest to swallow. We all have our favorite… by Francis Vergunst
The question of how to find a steady romantic partnership is among the oldest human predicaments.… by Susan K. Perry, Ph.D.
The familiar Golden Rule -- Do unto others as you would have them do unto you -- has analogues… by Wyatt Webb
Quite often, I spend time with people who are extremely critical of themselves for having multiple…

by Kim Chestney
What about those times in our life when, no matter how hard we try, we can’t seem to get in sync…

by Gary Wagman, Ph.D., L.Ac.
Let’s take a moment to discuss several misconceptions about menopause, aka “the change of life.” In…