Why We Need Compassion More Than Ever 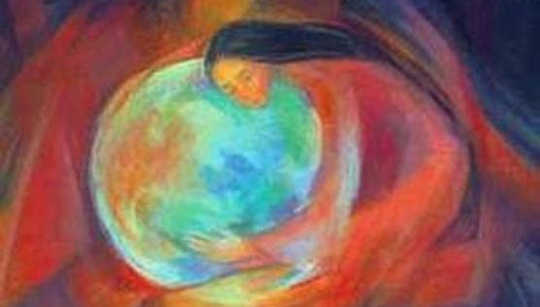 Compassion is everywhere. Compassion is the world's richest energy source. Now that the world is a global village we need compassion more than ever -- not for altruism's sake, nor for philosophy's sake or theology's sake, but for survival's sake.

And yet, in human history of late, compassion remains an energy source that goes largely unexplored, untapped, and unwanted. Compassion appears very far away and almost in exile. Whatever propensities the human cave dweller once had for violence instead of compassion seem to have increased geometrically with the onslaught of industrial society.

The exile of compassion is evident everywhere -- the oil globules piling up in our oceans and on the fish who inhabit the oceans, the teeming masses of persons pouring into already congested cities, the twenty-six million persons who live poor in the midst of affluent America, the 40% of the human race who go to bed hungry each night, the maldistribution of food and of research for energy, the mechanization of medicine that has reduced the art of healing to the engineering of elitist technologies, unemployment, overemployment, violent employment, the trivialization of economics and the proliferation of superfluous luxuries instead of basic needs for the needy, the deadening bureaucratization of our work, play, and educational lives. The list goes on and on.

Rev. Sterling Cary, former president of the National Council of Churches, assesses the moral conscience of humanity in our time in this way: "We are losing our capacity to be human. Violence and oppression are becoming so commonplace that the modem victims of injustice are reduced to mere statistics."1 And Robert Coles, commenting on the state of humanity in present-day Harlem, asks the question: "Does our country, by virtue of what it permits, still, in such places as Harlem, have a morally impoverished culture?"2 What makes injustices so unacceptable in our time is the fact that we now possess the know-how to feed the world and provide basics for all its citizens. What is lacking is the will and the way. What is lacking is compassion.

Some persons react by joining the forces that continue the exile of compassion and joining them with a single mindedness and tenacity that guarantees still more violence, still more of compassion's exile; others react by despair and cynicism -- drink, eat, and be happy for tomorrow we exterminate ourselves; still others react with what Ned O'Gorman calls the "abstract calm" of intellectuals and other too-busy people who want it both ways and advocate political change while living high on the hog. Others are reacting by fleeing to fundamentalist religions and spiritualisms. Spiritualist and fundamentalist spiritualities that forsake the tradition of imago dei and humanity's deification in favor of the preaching of sin and redemption will have virtually nothing to say about compassion, for compassion is a divine attribute and a creative energy force and will not be learned by a cheap religious masochism.

As the world becomes more of a global village and world religions become better known in localities far from their origins, the question arises as to what, if anything, these religions do for the globe. It is more and more certain to me that religion's purpose is to preach a way of life or spirituality called compassion and to preach it in season and out of season. This is surely the case with Judaism and with Jesus Christ. It also appears to be the case with Buddha, Muhammad, Lao Tzu, Confucius, and Hinduism. People can indeed learn compassion from religious traditions, provided those traditions are in touch with their truest roots and have not themselves fallen victim to ignorance regarding their origins. Compassion will also be learned from nature and the universe itself. Yet these two sources of wisdom, faith, and nature, are intimately related, for the God of one is the God of the other. As Simone Weil has put it, "How can Christianity call itself catholic if the universe itself is left out?"3

Much healing is accomplished by removing pressures and obstacles and letting nature itself do the healing. Our ancestors called this kind of cause and effect removens prohibens -- removing the obstacles. Getting out of the way so that nature and the Creator of nature might act.

I sense a growing awareness among numerous alive and awake persons today that something is wrong with the dualistic mystical traditions that Christianity has so often endorsed in our past. This tradition simply blocks out too much -- it blocks out body, the body politic, the ecstasies of nature and work and laughter and celebration, the love of neighbor and the relieving of the suffering of others, the wrestling with political and economic evil spirits. In this tradition, compassion is effectively exiled for the sake of contemplation.

And yet, strange to tell, Jesus never said to his followers: "Be contemplative as your Father in heaven is contemplative." He did say, however, "Be compassionate as your Father in heaven is compassionate." In doing so he was reiterating what Rabbi Dressner calls the "cornerstone" of the way of life or spirituality of Israel. For in Biblical spirituality (as distinct from Neoplatonic spirituality) believers are taught "that the holy and awesome name of the Lord, YHWH, which remains secret and unpronounced, signifies compassion."4

In my opinion there are three major developments in spirituality today that are urging us all to deep changes of heart, symbols, and structures. These are:

1) the recovery of the Biblical, Jewish categories and therefore our practice of detaching ourselves from hellenistic ones.

3) The emergence of critical, global thinking urged upon us all by the brevity of time that our planet has remaining if it is to survive beyond the twentieth century.

There are some today who say that it is in fact already too late, that industrial society's greed and violence have already polluted the global village beyond repair. Others are not quite so pessimistic. What I am sure of is this: that if it is not too late already, the only energy and direction that we can take in the brief time left is the way of life called compassion. Compassion alone can save us and our planet. Provided it is not too late. Compassion is our last great hope. If compassion cannot be retrieved from its exile, there will be no more books, no more smiles, no more babies, and no more dances, at least of the human variety. In my opinion, this might be a great loss to the universe. And to its admittedly foolish Maker.

This article is excerpted from the book:

For more info or to purchase this book

Matthew Fox is a spiritual theologian who has been an ordained priest since 1967. A liberation theologian and progressive visionary, he was silenced by the Vatican and later dismissed from the Dominican order. Fox is the founder and president of the University Creation Spirituality (UCS) located in Oakland, California. Fox is author of 24 books, including the best selling Original Blessing; The Reinvention of Work; Breakthrough: Meister Eckhart's Creation Spirituality in New Translation; Natural Grace (with scientist Rupert Sheldrake), and his most recent, Sins of the Spirit, Blessings of the Flesh. Releasing the Divine Capabilities of Our Species: Creativity Brings Hope

by Matthew Fox
Where does our hope lie? Where shall we ground ourselves for continuing on and changing our ways… Slaying The Dragons That Are Within & Without Altruism vs Compassion: From Separation to Oneness

by Matthew Fox
by Matthew Fox. Compassion is the way we treat all there is in life -- ourselves, our bodies, our…

by Ora Nadrich
Just because some inner voice in your head tells you that you are unworthy, unlovable, a loser, or…