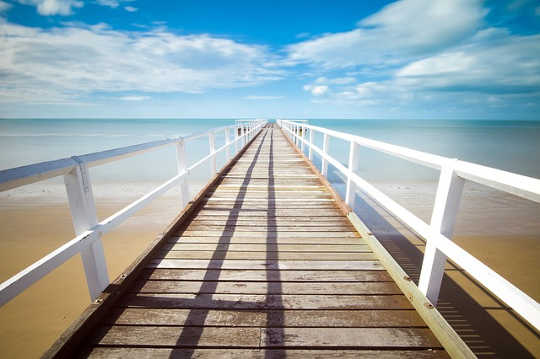 Jung reminded us that what is good is not always beautiful, and what is beautiful is not always good. The paradox requires us to reconsider that what had previously been deemed negative could potentially be positive, including that which remains a mystery. To be in an undifferentiated state means to accept whatever shows up in our lives unconditionally.

Transformation can be seen as a beautiful experience when overcoming challenges that lead to greater wisdom. With the planet Sedna’s return we are now undergoing such an intense challenge. While research at an individual level will be required to understand the more personal application of Sedna’s energy, we can already see implications for transformation at the collective level.

There are examples of massive transformation in Earth’s history corresponding to Sedna’s last visit to our solar system. Approximately 11,700 years ago, Earth was coming out of the last Ice Age. Also coinciding with Sedna’s last appearance was the legendary disappearance of Atlantis, which many believe occurred at the end of the last Ice Age. While the legend is known as “the sinking of Atlantis,” research shows it was most likely due to water levels rising. Perhaps, with Sedna’s return, the Earth is calling our attention to some ancient memory regarding its past for the purpose of healing and preventing such a catastrophic recurrence.

In just over ten years since Sedna’s discovery, our planet has experienced 66 percent of the total number of tsunamis that occurred in the fifty-year span between 1950–2000. Hurricane severity and frequency have also increased, with the unprecedented 2005 season rendering four Category 5 hurricanes.

Environmental groups cite global warming as the reason for the increase in storm activity, no doubt impacted by excessive consumer waste and disregard for the environment. Others suspect weather manipulation by the US government. We should not, however, discount the planetary forces at work contributing to this phenomenon.

If the Gaia theory is true, and the Earth really is a living entity with consciousness, perhaps weather phenomenon also has to do with the Earth’s self-regulating capacity. If water, analogous to space, holds consciousness and vibration as Laszlo theorizes in The Intelligence of the Cosmos, the Earth could simply be undergoing its own healing. Just as transiting planets activate certain changes in a person’s life, so too, could Sedna’s return stir up memories from Earth’s history. In much the same way that victims of post-traumatic stress disorder must exorcise their psyche, so too, does the Earth need to heal from ancient wounding.

Although we may not be able to control the movement of the planets, we do have the power to manage how we respond to these forces. And while they can certainly influence catastrophic events, they can also assist us in our own healing process. If we understand the symbolic meaning of water as consciousness and the archetypal feminine principle, our work becomes clear: we must cultivate our own individual rebirth of consciousness. Because individuals live in unique situations, some may perceive more “chaos,” while others experience a “rebirth.”

In Galactic Alignment, cosmologist and researcher John Major Jenkins discusses the 2012 solstice where the Sun came into alignment with the center of the Milky Way galaxy. He describes this event not as the end of the world, as many were predicting, but as a rebirth of consciousness offering humanity the opportunity to reach higher states of awareness. He describes astronomical events as providing a framework for understanding change, rather than an inescapable set of consequences the movement of the planets determines as our fate.

Despite the fear that arises when planetary changes such as these cause natural disasters, it is within our power to “exorcise” our own psyches so that we can abate rather than exacerbate catastrophic results. This reinforces human free will and the ability to create positive (or negative) life stories according to our perception of the events as they unfold.

Sociologist and researcher Kingsley Dennis says that while the past few centuries have advanced industry, they have utterly failed to bring any progress to the essence of being human. “Yet,” he adds, “at the very last step, it will be seen that humanity pulled itself back on the path, as a new evolutionary epoch pushed its way through . . . into planetary birth.”

In The Myth of the Eternal Return, Mircea Eliade described the ongoing cycles forever affecting the Earth as neither accidental nor absurd. They ensure that “suffering is never final, that death is always followed by resurrection; that every defeat is annulled and transcended by the final victory.” From Vedic to Roman traditions, myths describe the changing ages that ushered in cycles of degeneration and chaos to regenerate balance and harmony.

Shamanic Healing for the Earth

In the myth and astrology of Sedna there is a distinct shamanic energy: that of surrendering to the process of death and transformation, divining truth from nonordinary states of being represented by the deep and mysterious ocean, and calling upon animal spirit guides to communicate with the Inuit people.

Daniel Merkur explains that the word shaman means “he who is half hidden,” and the word inue, for which Inuit is plural, refers to “indwellers in nature.” The phrase “indwellers in nature” echoes the spiritual and esoteric expression inherent in each of the elements on Earth. The Inuit believe that an invisible force animates all life, including earth (rocks, minerals, plants), fire, air, and water.

It would seem then, that Sedna’s return to our solar system facilitates this type of shamanic healing for the planet. By revealing those areas in need of transformation and rebirth, such as our relationship with water, primordial consciousness, and our history or ancestral roots, we can contribute to collective healing by doing our own “inner” work. The “Good Mother”/“Terrible Mother” becomes the “Great Shaman” whose own wounding at the hands of humanity may now receive healing as people learn to honor and respect all life on this planet.

To build upon Sedna’s shamanic message, now more than ever it’s important to understand the law of relationships at work from the most microscopic on Earth to the vast reaches of our cosmos. Relationships are reciprocal and alchemical in nature, producing anything from the lowest, most resistant vibration or substance (lead), to the highest most superconductive vibration or substance (gold). Therefore, it’s important to understand what happens when planets combine so that we may derive the highest benefit from this alchemy.

Healing and Harmony for All

In Sedna, we have a planet that represents triple yin energy, and so we must examine the ways in which we have gone out of balance with the nature and essence of inner awareness. As the culminating expression of astrological water (Moon, Pluto, Neptune) and matriarchal energy, Sedna represents the unconditional and unmitigated acceptance of all sentient beings. She cannot exclude anyone in the process of healing.

The Sedna archetype conveys symbolism that doesn’t easily mesh with the human tendency to compartmentalize. Within the astrological chart, however, there is a strong Scorpio component present. Scorpio is the astrological “rebirther,” transformer, and alchemist known for its power and passion as well as the reproductive and regenerative aspects of sexuality. In Sedna’s discovery chart the Sun in Scorpio suggests conscious energy expended in that manner.

There is an opposition calling for balance between the Sedna archetype (in Taurus) at the top of the chart, and the Sun (in Scorpio) at the bottom of the chart. Sedna represents the abandoned parts of our consciousness and emotions that now require being grounded, rooted, and expressed in earthly life (Taurus). The Sun represents quintessential yang energy and the authentic Self that now requires facing the shadow and rebirth of consciousness (Scorpio) for the purpose of healing and harmony.

A much-needed awakening is taking place regarding our interdependency with the environment, Earth’s waters, and each other.

The Return of Planet Sedna: Astrology, Healing, and the Awakening of Cosmic Kundalini
by Jennifer T. Gehl, MHS

Examining the story of Sedna mythologically and astrologically, Jennifer Gehl explains how Sedna’s last appearance 11,000 years ago occurred at the end of the Ice Age when waters disrupted and divided our world. Her return, rather than being a harbinger of disaster, is one of the way-shower and shaman. Symbolically, she lights the path for us to ignite our own immortality by surrendering to the inner path, revealing patterns and pathways for infinite healing potential, a new model of sustainability for the health of our planet, and a way to actively participate in our soul’s evolution. (Also available as a Kindle edition.)

For more info or to order this book, click here.

Jennifer T. Gehl, MHS, is senior faculty member at the Acutonics Institute of Integrative Medicine. The author of The Science of Planetary Signatures in Medicine, she provides Wellness Astrology consulting and Astro-Sound Attunements in Northampton, Massachusetts. by Jennifer T. Gehl
In order for more life to flow through our earthly existence, we need to let that which no longer… by Jennifer T. Gehl
Ever since I can remember, I’ve believed that magic is real. Even as an adult, after completing… Coming Into Balance within the Changes of Worlds Coming Into Balance within the Changes of Worlds (Video)