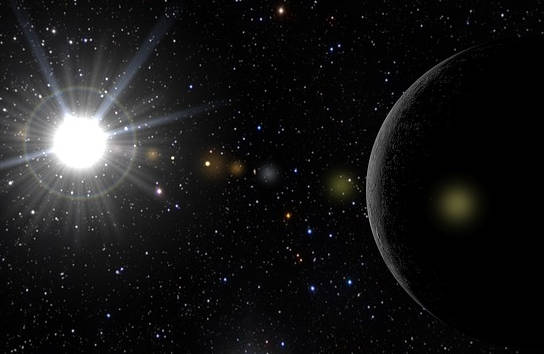 (Editor's Note: While this article was originally composed many years ago, it contains core material for those who want to understand more about this event happening several times a year.)

Though Mercury is retrograde only 65 to 70 days a year, its reputation makes it seem to operate most of the time. Most people are somewhat relieved when these periods are over. However, it should be remembered that it continues to operate directly and indirectly well after its exact retrograde period.

Present retrogrades also influence affairs conceived or started in prior retrograde periods, bringing returns which force us to confront that which was left undone from previous times (which may or may not have been Mercury retrograde influenced). Simply put, Mercury retrograde forces us to deal with the loose ends in our lives.

For instance, Dr. Jonas Salk, the great medical researcher who had Mercury Stationary Retrograde in Scorpio at birth, announced his breakthrough polio vaccine during a Mercury retrograde in Pisces! It could be that people with Mercury retrograde are actually more accustomed to the slowed pace, and while the rest of us are adapting to the time, they are working and playing in an atmosphere familiar to them.

Perhaps these are a few reasons why sometimes it seems as though we are in an unending Mercury retrograde period. If we are to make the most of this seemingly unending retrograde experience, it is important to open to the fullest possible understanding of what this influence is, seeing it in the most positive light. To do this will mean exploring the natural limitations involved.

I have observed that something initiated shortly before (or during) this period is frequently more trouble than it is worth, or may not turn out as expected. Often activities involve many distractions that impede progress, or scatter energies to the degree that all effort amounts to "much ado about nothing." It is as though we take two steps forward, one to the side, one back, one to the side, and two steps forward again. There is a lot of retracing ground already covered, or covering ground that seems unrelated to the goal or focus.

Deflections, distractions, delays, overlooking the obvious while focusing on irrelevant minutiae or overarching abstract considerations, and putting the cart before the horse when making plans all seem to be present during Mercury retrograde. There may be an inability to see the forest for the trees, or the trees for the forest.

Often things come to naught, or do not work out satisfactorily on first effort, necessitating a reworking of the idea, the plan, or the approach. Perhaps there is another stage of the work to be completed before the project can move ahead, or some part of the work has to be reconsidered before resolution can occur. Assumptions may have to be re-evaluated, or more information gathered in order for the project to be successful.

Mercury retrograde projects often take interesting turns, have reversals that turn out unexpectedly well, or involve ideas, people, or approaches from the past that return to fulfill the present work. These may involve variations of some theme, or an updating of antiquated information or understandings, giving these a new application. One view is that since Mercury represents mind and the Sun represents life as an on-going process, when Mercury slows down (the real meaning of retrogradation) it gives life a chance to catch up to the mind's ideas previously put forth when Mercury was direct, and ahead of the Sun.

Mercury retrograde can be seen as a "liberating ordeal" of adjustment to circumstances. This is a physical-material world adjustment relative to previous ideas. The idea, or plan, or vision was floated out into the material world, explored, and possibilities spun; Mercury retrograde is the adjustment period, where practical exigencies and necessities must be accepted and acted upon. Mind slows down, matter (life) speeds up; ideation slows down, adjustment speeds up. Theory takes a back seat to process.

Mercury retrograde is an excellent time for reflection, review, and information gathering. These are times when things take curious twists and turns, not always with a clear outcome, and when symbol, meaning, and perception are more important to understanding than "facts." This is when new, more up-to-date information comes to light, or old information can be utilized in innovative ways. This is an excellent time for reorganizing data, playing with possible applications, while leaving options open. These periods are good for reviewing assumptions drawn from old sources and applying them in new ways, or when unusual points of view prove profitable in roundabout ways.

Also, useful, but often overlooked, details in objects, people, or processes can be seen in a new light, and may assist the completion or understanding of whatever is being considered. Thus Mercury retrograde is an excellent time for correcting mistakes, and finishing up whatever was left undone at other times.

One upside to Mercury retrograde periods: it is an excellent time for traveling. Over the years, clients have extolled how wonderful their trips were during these periods. It is true that there were occasional delays, and sometimes the itinerary had to be changed, but isn't this true for quite a few trips? Maybe a journey removes us from our usual routine, and we naturally loosen up a bit regarding schedules and expectations because of the highly mobile environment in which we find ourselves.

Going on a journey puts most of us into an adaptation mode to some degree. Of course this depends on individual circumstances, but Mercury-retrograde business trips often seem to be unexpectedly pleasant, or take unplanned directions that work out to everyone's satisfaction.

Sometimes what was planned may not have gotten done, but in many retrograde periods whatever did occur was often revealing and fulfilling to all involved. Maybe because life activity is outpacing mind, we all instinctively relax a little. Overall, I have heard very few negative comments about trips taken during a Mercury retrograde, as long as a good book was taken along, and the person was open to meeting interesting people, having unusual experiences, and adapting to circumstances!

An Example of Mercury Retrograde's Effects

One trip I took to Texas during Mercury retrograde was a real classic. The plan was to do several needed tasks over a two week period, all of which had been postponed from other times, or only partially done. I had to resurrect and sell a car, do charts for several old clients who had pre-arranged sessions on previous visits, get a load of decorative stone for a friend's meditation garden, have a spare tire repaired that had gone flat during my previous visit, and clean out a storage room. Of course, since Mercury was retrograde, none of these happened.

Instead, I had a surprise meeting with an old friend who, because of a hidden agenda, became hostile. On the plus side, there was an unplanned visit with another friend from a foreign country who was unexpectedly and briefly in town for business. There were also unplanned trips out of the town I was visiting to places where I re-encountered friends I hadn't seen for years. Money came in through unexpected sources. During one unplanned journey, I received a surprise introduction to a labyrinth which proved to be psychologically revealing and a delight to wander through.

On that same trip to Texas there was the unexpected return of a friend's (now grown) child from a different part of the world, who neither of us had seen in over twenty years. I found that another friend quit his job after ten years with the agency, intending to go back into something he had done twenty years before. I was re-reading part of a book written by another friend, and discovered several pages missing due to a printing error. This certainly seemed to be an archetypal Mercury retrograde trip -- not necessarily bad, but making me adapt more than I would have suspected!

©1997, 2001. Reprinted with permission of the publisher,
Red Wheel/Weiser, www.weiserbooks.com.

Robert Wilkinson is a practicing professional astrologer with more than 25 years experience as a counselor, lecturer, author, and cultural philosopher. He has an active national and international practice, and is in demand as a speaker across North America. Visit his website at https://www.aquariuspapers.com/