Look Before You Leap! Mercury Retrograde in Sagittarius 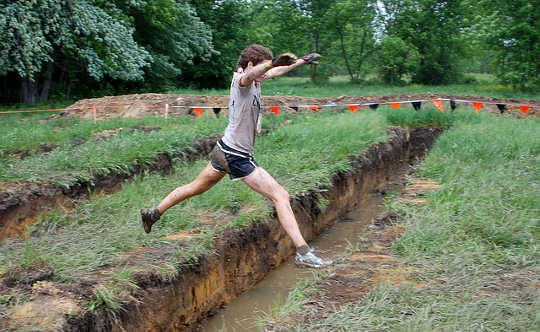 Mercury stations retrograde in the final degree of Sagittarius, reminding us that sometimes it really is worth looking back before you leap. The importance of caution is further stressed by a conjunction to Saturn, as is the role of unbridled commitment to wisdom reflected in Black Moon Lilith’s presence alongside.

All in all, this retrograde passage of Mercury augurs a time for reflection on what inspires us to action, what gives our life meaning and how we can go about expressing those values in our every day. Life is for living, Black Moon Lilith reminds us, but Saturn insists upon a sense of responsibility in the midst of unconstrained experience. Mercury retrograde supports this message urging wise reflection on how easily we can justify behaviour which, under further scrutiny, reveals less than honourable intention!

Often it’s simply easier to do what we want and justify it later if necessary. Sometimes that’s fine and life moves on. Other times less so. In the coming weeks it would be wise to stop and think before we explain away our actions with hindsight rather than setting priorities in advance based on an honest appraisal of the right thing to do.

We may well burn with the desire to pursue a certain path. But in the heat of that desire we may disregard the impact of our decision on others or our future selves. Which isn’t to say that if we want it it’s wrong. Not at all! But we would benefit, now, from getting clear about what we want, why and the implications of getting it, bearing in mind that the grass often looks less green once we’ve jumped the fence….

Don’t burn bridges as the year comes to a close. Instead give yourself and others space to be the flawed and imperfect beings that we all are. The desire for freedom may be strong right now, especially freedom from the shackles of relationships that constrain and circumstances that bind.

If desires remain as strong once the new year gets under way then action may be called for, but action undertaken following a period of reflection will be far more effective than decisions made in the blink of an eye and the heat of a fight. Whilst new beginnings often feel most potent at the time of the new year, bear in mind that a new start simply for the sake of it may plant seeds of confusion and entropy which take root further down the line.

On 21st December 2017 (UT) Saturn leaves Sagittarius (not to return for another 27 years) entering its own sign of Capricorn. It does so without fuss or hesitation, bidding an unequivocal farewell to the fiery inspiration of the archer whilst embracing the dogged persistence and pragmatism of the goat. Mercury’s retrograde passage right before this event comes as a blessing even though it may feel like a curse. It applies the brakes for a few weeks, allowing the future consequences of our burning desire to become apparent now, prompting better decisions and wiser action in due course.

Once Saturn is in Capricorn, action comes with great power and the impact of our every decision will be multiplied, for in its own sign Saturn holds us to account like nowhere else and we become subject to the most potent forces of karmic change.

Once this retrograde passage is over things will gather a pace once more as the new year gets under way. We may have itchy feet right now and want them to hurry up, but all things have their own time and it’s not for us to dictate their blossoming.

We may sense Mercury holding us back in the coming weeks but it’s not for no reason. It is, instead, a precious warning that we may diminish the gravity of our decisions in the face of an unassailable lust for freedom. Liberation may well be near and we can smell it on the air like jasmine, but its arrival may take longer than we hope and challenge us to greater patience than we think we have to spare.

Rest assured this is but a brief pause in the midst of a lengthy process of recalibration and change. So take heart, don’t give up and stay focused on what matters. Remember the most enduring blessings of this life can easily be lost in the fog of desire for something which ultimately fails to prove its worth.

To understand the impact of transiting Mercury retrograde in your own natal chart go here.

This article was originally published
on astro-awakenings.co.uk