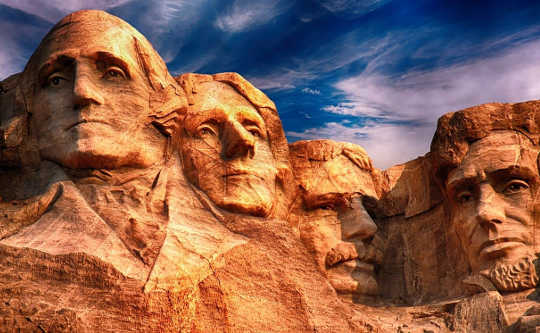 I am writing to the future of the United States of America and to our world that lies beyond this moment. Prompted by an experience riding home on the Los Angeles Metro tonight, I was moved to include this last and unplanned chapter. Life often inspires us to unexpected action if we are mindfully available to the present moment, free of judgment, and observing what is.

As I boarded the LA Metro subway system tonight, the only available seat faced backward, looking in the direction of where I was departing from (the past). I was zooming into the future at a fast speed, unable to slow it down or visually see my destination.

I immediately tuned in to the moment as a metaphor for certain junctures in life. I’m sure that, if you’re anything like me, at times you have lost your sense of direction. You may have felt lost, wondering where the train of your life was taking you. You may want to press the pause button so that you can catch your breath, gain your bearings, and take a time-out from it all. But we know that life moves as a powerful river, and we are the proverbial leaf being carried along by it.

A Powerful Time of Transition

In recent years I have learned that we can align our inner core self with the downstream momentum and flow of life, or we can try to go back to things as they were, furiously paddling upstream with resistance to what is, exhausting ourselves in the process. In this we also render ourselves unable to have present-moment awareness of the new landscape surrounding us, or the new destination that our river of life is flowing toward.

The United States of America is in one such powerful time of transition now, and this unprecedented time has required every one of us to change and adapt. The coronavirus disease 2019 (COVID-19) pandemic, which first came to light as a potential major disruptive force in China in December of 2019, has disrupted our nation and halted life as we knew it to be. The entire world has been brought together in a collective pause. People around the world are taking part in stay-at-home quarantine orders and precautions such as social distancing and wearing face masks in public.

Under a Chiron in Aries Influence

Chiron in Aries reveals core wounding in our country’s sense of value and worth. You would assume that the most powerful nation in the world would value its worth highly. So to understand the psychoastrology of Chiron of our nation, we must look at how this core wounding manifests in a fourth house placement.

The fourth house of America’s psychoastrology pertains to our sense of home, security, nurturing, and family. This placement has to do with taking care of our own people. As generous as the United States of America has been and still is, we have sorely lacked in valuing the needs of our own inhabitants, especially during this global pandemic. According to the Washington Post, “by the time President Trump proclaimed himself a wartime president—and the Coronavirus the enemy—the United States was already on course to see more of its people die than in the wars of Korea, Vietnam, Afghanistan, and Iraq combined.”

Johns Hopkins University reports that due to COVID-19, in just four weeks (March 2020 to April 2020) “22 million Americans have filed for unemployment benefits. Technical glitches have prevented millions of Americans from receiving their stimulus checks from the U.S. Department of the Treasury, and the Small Business Administration, which supports U.S. Entrepreneurs with loans and funding, has run out of money for its Paycheck Protection Program.” As I write this, the Centers for Disease Control and Prevention (CDC) reports the United States as the new epicenter of the COVID-19 outbreak.

Concordantly, in the presidential election of 2020, all of the issues illuminated by fourth house Chiron in Aries were at the forefront: economics, health care, education, children’s rights, immigration, reproductive rights, climate change, crime prevention, and gun safety among them. How will a new parental figurehead lead the collective family of the United States?

Balancing the Scales of Justice

Our next U.S. president will need to balance the scales of justice between how we as a nation mobilize resources to provide for the needs of others around the world and adequately nurture and protect our own American brothers and sisters here in the United States. We have the highest ranking in lethal crime among all industrialized nations, as documented in the book, Crime Is Not the Problem.

According to the World Health Organization (WHO) data from 2010, the United States had the highest homicide rate of any country, over seven times higher than the average of other high-income countries, driven by a gun homicide rate that was 25.2 times higher. The United States Department of Veterans Affairs (VA) reported in 2016 that each day an average of twenty U.S. veterans commit suicide. These are servicemen and women who have protected our freedom, and they are tragically under-served.

Our next president will need to address the failing public school system, which is suffering in rural and urban areas. Some schools do not have functioning toilets, school supplies, or even books. Research shows that a child who cannot read by the age of eight is less likely to graduate from high school and therefore has an increased chance of being incarcerated. The term prison pipeline has come of age in the lexicon of these communities where the educational needs of children are not being met.

Our nation’s food supply has been corrupted by the overuse of pesticides, herbicides, and fertilizers that leach nutrients from food and inject poisons into it. The over-consumption of sugar, which is a common food additive, is causing an epidemic of childhood obesity. These children end up being prescribed pharmaceuticals that promote dependence on medication before their developing brains are fully formed.

Homelessness is a major problem in our country. We have homeless children growing up in tent cities without adequate access to food, health care, or education. Many of our homeless have untreated mental illness and co-morbid addiction issues.

The United States of America has aided countless millions of people around the world, including entire governments. However, concurrent with our country’s core wounding by Chiron in the fourth house, we have a crisis in protecting and providing for the needs of our own people and the environment. For a country as powerful as the United States, these outcomes are exponential.

Dramatic, Visceral Change Is Not For The Faint Of Heart

Chiron entered the sign of Aries on April 17, 2018 and will spend about 8 years here. Historically when Chiron occupied the sign of Aries, changes in laws were initiated regarding human rights, personal freedoms, and social change. Chiron in Aries is about taking actions to “break free.” It brought sexual revolution during the “Roaring 20s” and the 18th Amendment (prohibition) in 1919. Well, we all know that prohibition really meant no inhibition! It brought the groundbreaking Stonewall riots of 1969 in Manhattan and the first LGBT Pride Parade in NYC in 1970. The Watergate scandal broke, and our president resigned office. All this, and even more internationally, under the powerful influence of Chiron in Aries who encourages us to action, to speak our voice, stand for our rights, and be who we are!

Chiron in Aries ushers in change—dramatic, visceral change—not for the faint of heart. My intention is that the elected president of the United States in 2020 supports and protects the “unalienable rights” that the Declaration of Independence states has been given to all humans by their creator, and which governments are created to protect.

I pray that this next president values these rights of all people in our beautiful melting pot of diversity to pursue “life, liberty and the pursuit of happiness.”

The Chiron Effect: Healing Our Core Wounds through Astrology, Empathy, and Self-Forgiveness
by Lisa Tahir, LCSW

A guide to using astrology to identify your core wounds and heal them using psychological techniques, affirmations, and self-compassion. As Lisa Tahir reveals, once identified, your personal Chiron placement can become the source of your greatest healing and empowerment. By recognizing your core wounding and learning to offer yourself empathy and forgiveness, you can finally break free from suffering, end self-sabotage, and allow your life to unfold in a new way.

Lisa Tahir, LCSW, is a licensed clinical social worker. She is certified in EMDR Level I, in Reiki Level II, and as a thought coach through the Institute for Transformational Thinking. she has been the host of the weekly podcast All Things Therapy on LA Talk Radio since 2016. Visit her website at www.nolatherapy.com by Lisa Tahir
Transformation can, among other things, be compared to a fire burning away what once was. These…