A Plea For Our Mother 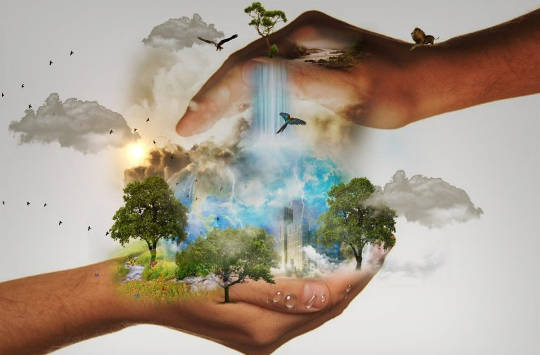 Eris, the dwarf planet first discovered in January 2005, has been taking her time to seep into the collective psyche, sometimes willfully ignored due to her challenging message. She speaks of visceral matters such as violence and revenge. Eris will fight to the death if she must and is active in revolution, warfare and the objectification of the ‘other’ which enables humankind to oppress, exploit and kill, often with seeming impunity.

Eris is the violent struggle for survival, the ‘kill or be killed’ aspect of Mother Nature and the sheer bloody-minded tenacity of life even in the direst of circumstances. Eris dishes out retribution for transgression of natural laws and seeks revenge for wounds inflicted. She is a powerful force of cosmic nature, reaching out to wake us up to our potential for both violent resistance and peaceful but unmitigated struggle. She suffers no fools, takes no prisoners and refuses to back-down in the face of even the greatest forces stacked against her.

We All Have A Bit Of Eris In Us

We all have a bit of Eris in us, but whether we meet her face to face depends upon our capacity to accept the ‘darker’ sides of our nature: violent impulses, deep-seated hatred and yearnings for revenge. If we struggle to recognise that, given the right circumstances, we too can become the terrorist, the oppressor, the revolutionary who sees blood spilt as an acceptable price for freedom, we will project Eris onto the world around us, fearing ‘the other’ who threatens us with their dearth of moral boundaries and lack of humanity. Eris brings into sharp relief the temptation to only see others as the problem, to project our own wild rage or vengeful spirit onto ‘them out there’.

Despite her raw power Eris speaks also of victimhood: an experience which can catalyse the impulse to rise-up, reset the balance of power and reclaim lost ground. This is the primal reaction to a loss of liberty and self-determination. Eris straddles the powerlessness of being subject to someone else’s malice and the remedial power of revenge, only for that revenge to trigger on-going cycles of conflict. She wants her own back, but is powerless to avoid being subject once more to the same impulse in another.

Through Eris we reach the point of acceptance that sometimes people simply do terrible things and we must finally walk away if we want any semblance of peace. But for all that, she will fight for the disenfranchised and strengthen our spirit to stand against those who abuse their position. And perhaps most important of all, she enables us to stand strong in defence of our precious Mother Earth who is subject to the greatest and most sustained attack of all.

Nature Becoming Aware of Itself

When Chiron in Pisces aligned with Eris in Aries between February 2016 and April 2017, we were coaxed into a deeper appreciation of what it means to be nature becoming aware of itself. The primal instinct and vital force that fuels our existence is also that which kills for food or to protect its young. It is the destruction of an earthquake, the boiling lava of a volcano, the devastation of a hurricane and monsoon rains beyond the land’s capacity to cope.

Mother Nature can be a fearsome warrior as much as she is our mother. We must be too, at times, to protect her from the excesses of humanity’s obsession with its own desires.

Chiron remains in Pisces for a while longer, joining Eris in Aries in April, returning to Pisces in September, then arriving in Aries proper in February 2019. Chiron in Pisces and Eris in Aries make unusual bed-fellows, with Chiron so deeply compassionate and Eris so ardently militant! But together they reflect two powerful forces in the human spirit: the will to survive no matter what and the movement towards dissolution of self and compassion for all beings. They affirm that we must come through this together, for there is no merit in one prospering on the back of another’s demise. We cannot be separated when it comes to the crunch. I am you, you are me, we are all this planet and we reap as we sow, if not now, eventually.

As Chiron straddles the boundary between the final sign of the zodiac (Pisces) and the first (Aries) throughout 2018, it exhorts us to step-up our protection of this beautiful planet and honour, not exploit, her bounty. It reminds us time is short, but healing change can be swift if we’re prepared to take the plunge, gather our courage and resolve to live differently now, not once our backs are so flat against the wall we simply have no choice.

Mother Earth has suffered shockingly as a result of human ignorance, denial and narcissism for way too long. She lies bleeding at our feet and still we look away. But no more. Once Uranus begins its entry into Taurus in May 2018, the extent of our planet’s unbridled rage and unbounded love will become apparent in equal measure.

There’s already no going back, and by then, moving forward with planet earth’s well-being front and centre will be an undeniable imperative. Whatever our personal challenges, our own private wounds and intimate struggles, we must attend to our relationship with our Mother first and foremost if we are ever to know true peace. How My Tree-Planting Mother Turned Her Vision Into Reality

by Nora Caron
When I was ten years old and attending an elementary school called Mountainview School, my mother…

by Sue Patton Thoele
|I know from my own life, and as a former therapist, that family foi­bles and failures can be…