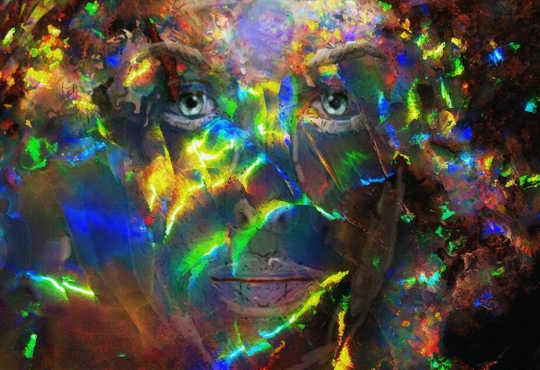 The dwarf planet Eris has stepped onto the astrological stage to shake things up like never before. Her recent formative conjunction with Uranus (June 2016 – March 2017), required our eyes wide open and hearts to match, ready for anything, fierce as they come and focused enough to do what we must. Her alliance with Uranus, ruler of Aquarius, marked a watershed time of formation for the incoming Aquarian Age which will challenge all that perpetuates inequality, oppression and exploitation, demanding searing integrity and the courage to stand up and be counted. Eris insists we face uncomfortable truths about humanity’s exploitation of Mother Earth and what we, as individuals, have done to ourselves and each other.

In myth, Eris is the goddess of discord and rivalry. Greek myth tells that, upon exclusion from a wedding, Eris threw into the midst of its revellers an apple marked ‘for the fairest’. An argument ensued between the goddesses Athena, Hera and Aphrodite as to its intended recipient, the settling of which eventually led to the Trojan War.

On the face of it, the trouble Eris caused in response to not getting a wedding invitation sounds petty, but she knew something far more important was going on. In fact her exclusion epitomises the experience of the feminine throughout history: snubbed, shunned, marginalised, demonised, ignored and rejected. In her reaction, Eris embodied the dark and feared feminine which rises up to reclaim her place in a world long fractured by patriarchal power.

Venus and Mars, the archetypal feminine and masculine, joined forces three times in 2015 (February, September and November). Their first meeting saw them cross from the final to the first degree of the zodiac, a sure sign of the birth of a new paradigm. In doing so they shone a bright light upon patriarchy’s legacy the world over, reminding us there is still much to be done before the feminine in all its guises is embraced within the collective psyche. Still the gendered split between, not the integration of, masculine and feminine define the lives and experience of so many.

The deep wounds of patriarchy continue to fester around the world and it is easy to sink into despair at the seemingly unlikely prospect of global change. Women and girls the world over are treated as chattels and boys and men brutalised to continue this inhumanity. Ultimately there are no winners in patriarchy, for even those holding the keys to power have sacrificed their humanity to own them.

No matter who, what or where we are, we cannot stand aside from the world into which we’ve been born and ignore what we’ve created. Our very existence makes us part of the landscape, a fragment of the collective psyche living these experiences here and now. We can be part of the problem or part of the solution, perpetually divided or seeking wholeness – within and without – in which apparent opposites become one united force for change.

Eris, in all her mighty glory, comes to set things straight, to balance the scales and establish an order of being that honours diversity, recognising the microcosm in the macrocosm and the natural forces which pulse through our veins. Eris knows the power of the feminine, the raw, primal force of childbirth, the fierce protection of a mother’s love, the enduring strength of a broken but embracing heart and the power of an awakened womb which nurtures deep within the hopes and dreams of generations.

Eris augurs the upwelling of a radical force in the human psyche: the primal feminine which knows that life is both bloody and beautiful, dangerous and vibrant; that to exclude the feminine from the central paradigm that shapes our existence is to render life sterile, a sterility which enables us to plunder natural resources, favour financial profit over fundamental well-being and short-term power over long term survival. Thus is created a world devoid of basic compassion which can dismiss the traumatised refugee as a drain on ‘our’ resources, the orphaned child as a ‘lost cause’ and the lives of countless women and girls as meaningless in the context of a masculine-dominant discourse which serves only its own perpetuation.

Eris is the most awesome force of cosmic nature encountered to date. That’s why she took so long to show up! We had to be ready, able to stay the course and up the pace. She challenges us to look with eyes wide open and free from all guile. To see who we are and what we do – personally and collectively – to perpetuate inequalities and oppression the world over. She invites us all, regardless of gender, to embrace the hope of a fair and just world, a nurturing world, in which all life is hallowed, all beings honoured as a vital spark of sacred source; the divine feminine and divine masculine forever locked in a fulsome embrace.

When Eris was snubbed at the wedding, a ferocious force was let loose: the furious feminine, dishonoured and diminished. She refused to slink away silently but began a war to make her point. She let loose chaos and demands we be swept up in its unremitting force. Pitting the goddesses Athena, Hera and Aphrodite against each other in competition for the title of ‘fairest’, she exposed the diminished feminine, divorced from its sovereignty and subordinated to the power of the masculine gaze.

Now she returns power to us all, inviting us to embrace the light and dark feminine and all shades in-between: the Venusian delights of sensuality, the cyclical intuition of our lunar nature and the viscerality of Eridian challenge of all that perpetuates patriarchal mores of gendered worth.

Eris uproots all that exploits and oppresses. Her arrival changes everything. Even now that the exact conjunction has ended, she stands aside Uranus, guardian of the Aquarian Age, and demands we create a world in which dignity is a universal right not a privilege, where life is honoured in all its forms, where gender is not an arbiter of a disenfranchised fate and the intuitive heart is aligned with, not subordinate to, the incisive mind.

Her world is radical, daring and free. She is unafraid to face the wrath of those who prefer the status quo, the denial of those who seek to side-step truths that stare us in the face. She will not tolerate the fractured disconnection of disengaged spirituality that seeks escape from, not radical engagement with, this world. Nor will she allow to go unchallenged the retention of power in the hands of the few in a world on fire. And nor must we, for only in standing firm for change can we draw upon her power and know her mighty heart and fierce commitment to a world born anew.

Eris reminds us in no uncertain terms that with every breath we give birth to the world, shaping its future and sealing its fate. Her arrival throws down the gauntlet. She’s a warrior spirit with nothing to lose; a formidable force whose time has come. Love her or loathe her, follow or fear her, she sparks a revolution of unstoppable and liberating change.

This essay first appeared in the Winter 2016
edition of Trivia: Voices of Feminism here. by Carol Kline
There is nothing lucky about a pandemic. All of us living through the present one can agree it’s…

by Tina Gilbertson
The word estrangement comes from the Latin word extraneare, meaning “to treat as a stranger.”…

Being True to Your Self: The Path of Happiness and Peace of Mind

by Marie T. Russell, InnerSelf.com
You know someone is hiding something when they avoid meeting your eyes. Yet, there are times when I…