Marital Expectations According to Astrology 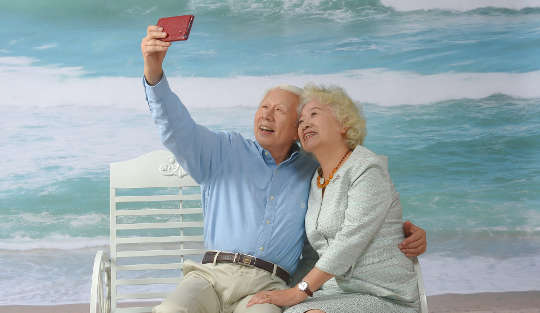 Despite wildly oscillating lifestyles, trends and sexual roles in the Age of Aquarius, the ancient battle of the sexes must end not in conquest of one by the other, but in a truce. The biological nature and temperament of the male as compared to the female is as different and as clear-cut in the human species as it is in all other animals. The difference is so fundamental that (as astrological author Martin Pentecost pointed out) archaeologists can decide from the inspection of a single tooth dug up from campsites of pre-historic man whether the owner was male or female!

Thus when comparing charts of existing or intending partners, bear this in mind. I do not believe interpretations of aspects and other chart indicators should be varied in any material way when the subject is a man or woman. However, when you think about them, remember they will be expressed in a male or female way.

Psychologically, you will often find yourself attracted to a partner whose personality traits are the precise opposite of your own; e.g. introverts may go for extroverts, and vice versa. Astrologically, this pull is shown by oppositions in own chart and cross-referenced man/woman charts; e.g. strongly Leonine types may fall for strongly Aquarian types. This kind of attraction is often intense, but with it comes recurring and equally intense irritation, caused by irreconcilable differences. Thus when it happens, you need to 'Handle With Care!'

Ancient astrology texts assert the position of the Sun in a female chart will imply early or late marriage; i.e. before or after the age of 30. Sun in 4th, 5th, 6th, 10th, 11th or 12th houses is held to show permanent union in the first years of adult life. Sun in 1st, 2nd, 3rd, 7th, 8th or 9th houses either delays marriage or suggests choice of a very much older mate.

Personally, I have found this theory is not infallible, but it often works and thus is worth checking.

Mating with the same mistake

It is alarmingly common to find individuals teaming up again and again with exact prototypes of the first unsatisfactory partner. Sometimes the new mate is even a perfect look alike of the previous one too! Attraction to a specific type of looks and personality is shown by the chart.

One of my female clients, a strongly Libran type, worked her way through no less than four disastrous unions with strongly Cancerian males before she understood how to redirect her natal chart patterns -- and steer clear of Cancer-style trouble!

Double-bodied signs on the 7th house cusp often predispose towards more than one, even several marriages/unions. These signs are Gemini, symbolized by the twin youths; Sagittarius, symbolized by the half-human, half-horse figure of the centaur; and Pisces, symbolized by the bound-together pair of fish. All are mutable signs, thus indicating changeful attitudes to marriage and desire for variety in partners.

Whereas in earlier times, May-December matings usually meant a much older man and a young woman, nowadays there is a growing tendency for older women to choose young men as permanent partners. Either way, much additional care is needed to make such relationships endure against the onslaught of time.

Three danger spots to be watched are:

1. Differing generation planets
2. Variable intensity of sexual needs;
3. Desire, or lack of it, for children.

The first suggests quite different 'gut reactions' as to definition of marriage and its obligations. The second suggests problems if the younger partner is highly sexed. Venus and Mars especially reveal this. The third arises since older mates may not want children, have had them already, or be physically incapable of producing them.

Attitudes towards offspring are shown by each chart. Plainly, however, if your chart demands children and your partner blocks this need, clashes must ensue.

Some psychoanalysts maintain we all marry or team up with the person who most resembles our mothers. Not physically, of course, but in temperament and behavior because as infants we learnt from her what love and affection were, and weren't, meant to be. Personally, I consider there is much truth in this statement, although I would never discount the father's role in directing partner choices at the subconscious level. Countless individuals do select a mate of the same sign as one of the parents or with very similar chart patterns.

It is all too common in new unions to blame the new partner for the faults and shortcomings of his/her predecessor. The more so if a great deal of hurt and damage to your own self-image has lingered on. We all have far too many faults of our own to handle without being lumbered with those belonging to somebody else.

If a chart shows the inclination to brood over the past, to seek revenge for long-ago wrongs, or to set overly steep standards, this problem can occur, although it may not be consciously realized. These are cases where great effort must be made to toss ancient history onto the marital scrap-heap.

'Marriages are made in Heaven'

Now, we've worked our way through the rocky ifs and buts, the thorny pros and cons, in the state of matrimony or its equivalent, we can uphold the truth of the old maxim 'Marriages are made in Heaven'.

The map of the heavens at the moment of birth shows the path we must tread as plainly as a street directory. But, to quote another maxim: 'God helps those who help themselves'. Hence we can use our own free will to skirt the quagmires of misery, to apply tolerance and understanding along the road, finally to arrive at that most coveted of all human destinations -- a truly happy marriage.

Copyright by Mary Coleman, . All Rights Reserved.
This article was reprinted with permission
of the publisher CRCS Publications.

Picking Your Perfect Partner through Astrology: A Guide to Compatibility in Relationships
by Mary Coleman (M. E. Coleman)

This fascinating blend of astrology and psychology reveals what really makes -- or breaks -- relationships. The very original Picking Your Perfect Partner answers these pressing questions, and many more on this perennially popular subject.

Mary Coleman holds degrees in both psychology and law and her experience in both psychology and astrological counseling covers more than twenty-five years. She is the author of numerous books, including Success Signs and the award-winning How To Astro-Analyse Youself & Others. Her writings have been translated into French, Italian, and Dutch. Beginning At The Beginning: Who Am I Astrologically?

by Nancy Anne Hastings
Where is your Sun? Where is your Moon? What sign do you have rising? This information is the… by Pierz Newton-John
I still clearly recall an experience that might be described as my first encounter with astrology.… by Marie T. Russell
Imagine... a world where any time you inflicted pain, whether physical or emotional, unto any other…

by Will Wilkinson
I thought I had always been fully committed to this work of human transformation. But when I study…