How to (Re)Build Self Confidence 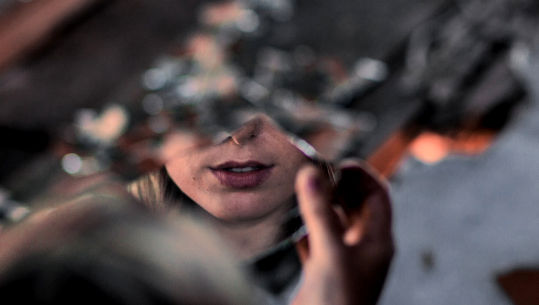 One of the greatest regrets in life is being
what others would want you to be,
rather than being yourself.
―Shannon L. Alder, author, inspirational therapist

Jan 9, 2015, Christopher Tur, a civilian worker at Guantanamo Bay’s Naval Base, went missing. Two days later, his body was found. As his wife, I was left to deal with the aftermath of what took place at the time, and the events leading up to that moment, forcing me to examine more than twenty years of abuse -- and the denial and deceits that occur in all households subjected to domestic violence.

As with nearly all trauma, there is a measure of healing to be gained in the sharing of my story — healing for myself, my daughters, and hopefully others who live in the shadow of domestic violence.

Here is some insight into how I was finally able to rebuild my sense of self.

New opportunities can create a wave of freedom. Earlier on in our marriage, I had secured a job as an education service facilitator on the military base in Guantanamo at the Fleet and Family Support Center. At times, upwards of 300–400 people, sometimes whole units, attended my classes. I thrived in the excitement of building something successful.

My superiors gave me more responsibility, and when 2013 rolled around, I noticed a slight bend in my career trajectory. The upper-level officers were including me in more conversations and decisions, and I received numerous accolades, outstanding reviews, and awards. It was more than self-satisfaction. I felt flat-out proud of myself.

I had always known deep down I was more than capable of great things, but years of emotional let-downs and confinement to the role of wife ― an abused wife at that ― had left me without confidence. While it felt like my husband Chris was fighting my success with every ounce of his being, the confidence others had in me helped to push me on a positive path. By December 2013, I was acting director of the Fleet and Family Support Center at GTMO, and my eyes were set on securing the official position of director.

I slept less and rushed around much of the time, but I could not have asked for a better professional support system to guide me toward my promotion.

Our friendship circles had completely changed. Now, all of our closest friends were department heads—the public affairs office head, the CO of the Marine Corps and wife, and the department head from Personnel Detachment. We no longer hung out with anyone who wasn’t considered a department head, not because we felt superior, but because we were always interacting with those upper levels, through both my work and our social network. We had found ourselves in a completely different realm at GTMO.

Although our marriage tumbled downhill, I was now the head of a department, with a position of power and people who saw me in a new, different light. Meeting new people enables you to paint a new picture of who you are.

No longer capitulating to controlling behaviors

I had made a one-hundred-and-eighty-degree turn within our marriage compared to the short couple of years before. No longer capitulating to controlling behaviors and taking the blame enables you to focus on your own life and discover who you really want to be.

My high-level position wasn’t a problem for me. I felt my education and hard work warranted the transitions that were happening in my career. The problem rested solely with my husband. He tried to push his way into meetings and events where he didn’t belong. I guess he felt entitled in some way.

This power struggle, Chris’s bruised ego, and my new resolve to live my life for my own happiness caused the most harrowing roller coaster ride we had ever dealt with in our marriage. And the conflict caused me to become numb to his emotional rants. I simply went through the motions: wake up, go to work, go home, go to bed, rinse, and repeat.

I was always there for my girls, but with regards to Chris, I just smiled in public as his  “crazy” wife. This ability to step back and recognize that I was not to blame, enabled me to begin the path to finding the “me” I valued.

Fast forward 7 years, I am now retired from government service, residing quietly in Florida, surrounded by loving family, dogs, and grand puppies. In retrospect, the most valuable tip I have to offer is -- whether you are reevaluating who you truly are meant to be, or starting out on the path to discovering who you are -- don’t let others define you.

Copyright 2021. All Rights Reserved.
Printed with permission of the author/publisher.

Caged: The True Story of Abuse, Betrayal, and GTMO

Lara M. Sabanosh takes readers through the prequel of the main story—the first twenty years of her tumultuous marriage to Christopher Tur—outlines events as she lived them on the night Christopher went missing in Guantanamo Bay’s Naval Base.

Caged offers a call to action for reform as it relates to domestic violence. Readers from many walks of life—from military buffs to survivors of domestic abuse, from mothers to those caught in others' lies—will find Caged fascinating and emotional. It is an encompassing raw, honest, and inspiring memoir six years in the making.

Lara Sabanosh grew up in various parts of the country and for a time, lived overseas in Guantanamo Bay (GTMO), where she was an education service facilitator at the Fleet and Family Support Center and became acting director in December 2013. She spent much of her adult life as a wife, mother and student, eventually completing two doctoral degrees.

Six years in the making, her new book, Caged, is an honest and introspective memoir detailing the never-before-told other side of an international, headline story. Lara is currently retired from government service, residing quietly in Pensacola, Florida, surrounded by her loving family, dogs, and grand puppies. Releasing the Stranglehold of the Internal Oppressor (Video)

by Stacee L. Reicherzer PhD
It feels good to heal from damaging messages that you are “less than.” As this happens, you… Releasing the Stranglehold of the Internal Oppressor

by Stacee L. Reicherzer PhD
It feels good to heal from damaging messages that you are “less than.” As this happens, you…