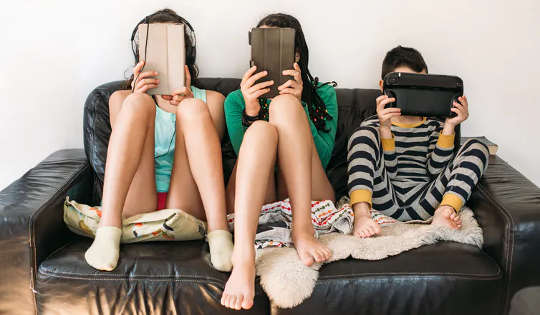 Kids can be taught to read the web critically. Os Tartarouchos/Moment/Getty Images

The web is a treacherous place.

A website’s author may not be its author. References that confer legitimacy may have little to do with the claims they anchor. Signals of credibility like a dot-org domain can be the artful handiwork of a Washington, D.C., public relations maven.

Unless you possess multiple Ph.D.’s – in virology, economics and the intricacies of immigration policy – often the wisest thing to do when landing on an unfamiliar site is to ignore it.

Learning to ignore information is not something taught in school. School teaches the opposite: to read a text thoroughly and closely before rendering judgment. Anything short of that is rash.

But on the web, where a witches’ brew of advertisers, lobbyists, conspiracy theorists and foreign governments conspire to hijack attention, the same strategy spells doom. Online, critical ignoring is just as important as critical thinking.

That’s because, like a pinball bouncing from bumper to bumper, our attention careens from notification to text message to the next vibrating thing we must check.

The cost of all this overabundance, as the late Nobel Laureate Herbert Simon observed, is scarcity. A flood of information depletes attention and fractures the ability to concentrate.

Modern society, wrote Simon, faces a challenge: to learn to “allocate attention efficiently among the overabundance of sources that might consume it.”

We’re losing the battle between attention and information. 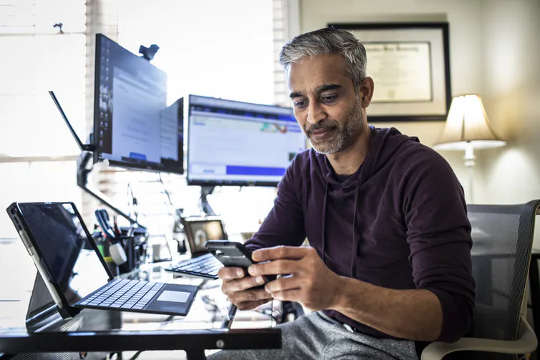 It’s possible to learn how to ignore what’s calling to us from the web. MoMo Productions/DigitalVision/Getty Images

‘Glued to the site’

As an applied psychologist, I study how people determine what is true online.

My research team at Stanford University recently tested a national sample of 3,446 high school students on their ability to evaluate digital sources. Armed with a live internet connection, students examined a website that claims to “disseminate factual reports” on climate science.

Students were asked to judge whether the site was reliable. A screen prompt reminded them that they could search anywhere online to reach their answer.

Instead of leaving the site, the vast majority did exactly what school teaches: They stayed glued to the site – and read. They consulted the “About” page, clicked on technical reports, and examined graphs and charts. Unless they happened to possess a master’s degree in climate science, the site, filled with the trappings of academic research, looked, well, pretty good.

The few students – less than 2% – who learned the site was backed by the fossil fuel industry did so not because they applied critical thinking to its contents. They succeeded because they hopped off the website and consulted the open web. They used the web to read the web.

As a student who searched the internet for the group’s name wrote: “It has ties to large companies that want to purposefully mislead people when it comes to climate change. According to USA Today, Exxon has sponsored this nonprofit to pump out misleading information on climate change.”

Instead of getting tangled up in the site’s reports or suckered into its neutral-sounding language, this student did what professional fact checkers do: She evaluated the site by leaving it. Fact checkers engage in what we call lateral reading, opening up new tabs across the top of their screens to search for information about an organization or individual before diving into a site’s contents.

Only after consulting the open web do they gauge whether expending attention is worth it. They know that the first step in critical thinking is knowing when to deploy it.

The good news is that students can be taught to read the internet this way.

In an online nutrition course at the University of North Texas, we embedded short instructional videos that demonstrated the dangers of dwelling on an unknown site and taught students how to evaluate it.

At the beginning of the course, students were duped by features that are ludicrously easy to game: a site’s “look,” the presence of links to established sources, strings of scientific references or the sheer quantity of information a site provides.

On the test we gave at the beginning of the semester, only three in 87 students left a site to evaluate it. By the end, over three-quarters did. Other researchers, teaching the same strategies, have found similarly hopeful results.

Learning to resist the lure of dubious information demands more than a new strategy in students’ digital tool box. It requires the humility that comes from facing one’s vulnerability: that despite formidable intellectual powers and critical thinking skills, no one is immune to the slippery ruses plied by today’s digital rogues.

By dwelling on an unfamiliar site, imagining ourselves smart enough to outsmart it, we squander attention and cede control to the site’s designers.

Spending a few moments vetting the site by drawing on the awesome powers of the open web, we regain control and with it our most precious resource: Our attention. Joy and Resilience: A Conscious Antidote to Stress (Video) Don't Be So Hard On Yourself (Video) by Judith Corvin-Blackburn
In her doctoral dissertation, Meredith Davis notes that “all discomfort in our lives, whether…

Remembering To Say Thank You Is More Important Than You Think

by Joyce Vissell
You might think that people know you are grateful, so you don’t have to share it. But remember that…

Let Go to Let Grow: The Difference Between Desire and Desperation

by Sandy C. Newbigging
There is a direct relationship between surrendering control and manifesting miracles because of the…