Be An Original and Stand Out From the Crowd 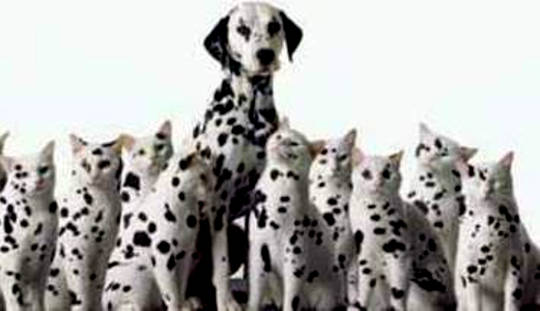 I began my school life on the wrong foot. But at least it was my own foot. I have always wanted to learn how life could be and how the world really works. Those things are not always emphasized in school curricula.

One of the unwritten codes I came to believe in was, "If everyone else is doing it, don't." Through the years I have learned that when using this approach many individuals in all walks of life have been able to call forth more of their best.

When we suppress our originality, we lose touch with the source of our vitality and initiative. The greatest learning and achievements come not from standardized group work but from the unique efforts of individuals. In this regard, the human spirit has its own set of rules. In many ways, it is rebellious. The imperative to live life differently, on our own terms, keeps building until it breaks through the surface. It is then up to us not to let it fade away.

When Rosa Parks refused to do what everyone else was doing on a December evening in 1955, American history was forever altered. She had been returning home on the bus, at the end of a long day of working.

"I was sitting in the front seat of the colored section," as she tells it, "and the white people were sitting in the white section. More white people got on, and they filled up all the seats in the white section. When that happened, we black people were supposed to give up our seats to the whites. But I didn't move. The white driver said, 'Let me have those seats.' I didn't get up." Her courageous refusal to accept an inhumane practice has been hailed as a defining moment of the American civil rights movement.

Thomas Edison is another example. On his first day of school, Edison was brought home by his kindergarten teacher, who told his parents, "He's an imbecile and unteachable." Edison remembers, "I was always at the foot of the class. I felt my teachers saw no potential in me and that my father thought I was stupid."

Marching to the Beat of Your Own Drummer

Virtually deaf, fired from countless early jobs, Edison purposely marched in the opposite direction of conventional thinking -- and as a result he played a major role in inventing the twentieth century. He left us with 6,000 inventions that changed the world, three million pages of notes and diagrams, and is credited with founding scientific teamwork.

Another person driven to go against what everyone else was doing was the "Lone Eagle," Charles Lindbergh. Most of us know of him as the pilot of The Spirit of St. Louis, the first person to fly solo across the Atlantic. Few of us know that as a researcher at the Rockefeller Institute, he amazed the medical profession by inventing the blood centrifuge and the artificial heart and lung. These life-saving devices grew from his deeply felt desire to do what others weren't doing. When no one else would fly a supply of pneumonia serum from Wisconsin to Quebec to save the life of one of his closest friends, he did it himself.

When the Cooper family council met to discuss my truancy problem, I was firmly reminded that reading, writing, and arithmetic are important skills, and that a five-year-old doesn't get to make the rules. But I could tell from a certain twinkle in my grandfather's eye that no one thought I was entirely at fault, and from a certain sternness in my mother's look that the school officials would be encouraged to create a more hospitable learning environment for newcomers. I returned determined to make the best of my time in school.

As I continued asking questions and showing that I was willing to work hard at the things that mattered, it seemed that many of my teachers began to go out of their way to treat me as an individual instead of just one of this year's students on a class roster.

Standing Out From the Crowd

In fifth and sixth grade, I served on the safety patrol. I helped protect the other kids from strangers and cars, but I never chased down anyone who was running home. When I could, I talked with them or ran beside them. An independent spirit is never something to take lightly. Without it, no one stands out from the crowd.

Another of the things I learned about originality is that you can't take it for granted. If you want to keep your independence, good intentions or willpower alone won't do it.

Excerpted by permission of Crown Business, a divn. of Random House, Inc.
Copyright 2001, 2002. All rights reserved. No part of this excerpt may be
reproduced or reprinted without permission in writing from the publisher.

The Other 90%: How to Unlock Your Vast Untapped Potential for Leadership and Life
by Robert K. Cooper.

Dr. Robert Cooper, a neuroscience pioneer and leadership advisor, urges us to take a radically different view of human capacity. We are mostly unused potential, he says, employing less than 10 percent of our brilliance or hidden talents. The Other 90% is your guide to new territory and new challenges. In easy-to-follow steps, he explains how to develop and apply the art and science of your hidden capacity.

Robert K. Cooper, Ph.D., is a faculty member of the "Lessons in Leadership Distinguished Speaker Series." Called a "national treasure" by Professor Michael Ray of the Stanford Business School, Dr. Cooper is recognized for his pioneering work on excelling under pressure and the neuroscience of trust, initiative, and commitment. He has designed and presented leadership development programs for many organizations, including Arthur Andersen, 3M, Ford, Sun Microsystems, Novartis, and Allstate. by Robert K. Cooper
A distinctive, learning-filled life results from a succession of small, specific choices made each… by Paola Knecht
I have good news: There’s a way to recalibrate your focus and take control of your busy life. It… by Paola Knecht
I have good news: There’s a way to recalibrate your focus and take control of your busy life. It…

How Do Animals Feel About Clothes and Costumes?

by Nancy Windheart
Many people will be celebrating Halloween here in the US…and around this time of year, I often get…

Learning To Communicate Honestly With Others

by Barbara Berger
What does it take to communicate honestly with other people? First of all, it takes knowing your…