Control or Joy: Which Do You Choose to Experience? 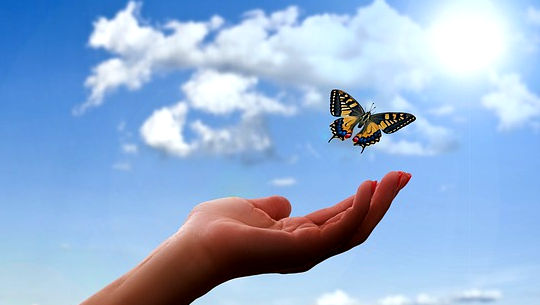 In our restlessness, we are always tempted to climb every hill and cross every skyline to find out what lies beyond -- yet as you get older and wiser it is not just flagging energy but wisdom that teaches you to look at mountains from below, or perhaps just climb them a little way. For at the top you can no longer see the mountain. And beyond, on the other side, there is, perhaps, just another valley like this.

Ultimately, of course, it is absolutely impossible to understand and appreciate our natural universe unless you know when to stop investigating.

You Have Already Arrived At Your Destination

An old aphorism from India says, "What is beyond, is that which is also here."

And you must not mistake this for a kind of blasé boredom, or a tiring of adventure. It is instead the startling recognition that in the place where we are now, we have already arrived.

What we are seeking is, if we are not totally blind, already here.

For if you must follow that trail up the mountainside to its bitter end, you will discover that it leads eventually right back into the suburbs. But only an exceedingly stupid person will think that is where the trail really goes. For the actual truth is the trail goes to every single place that it crosses, and leads also to where you are standing and watching it. Watching it vanish into the hills, you are already in the truth beyond, which it leads to ultimately.

Leaving Room for the Mystery

Many a time I have had intense delight listening to some hidden waterfall in the mountain canyon, a sound made all the more wonderful since I have set aside the urge to ferret the thing out, and clear up the mystery. I no longer need to find out just where the stream comes from and where it goes. Every stream, every road, if followed persistently and meticulously to its end, leads nowhere at all.

And this is why the compulsively investigative mind is always ending up in what it believes to be the hard and bitter reality of the actual facts. Playing a violin is, after all, only scraping a cat's entrails with horsehair. The stars in heaven are, after all, only radioactive rocks and gas. But this is nothing more than the delusion that truth is to be found only by picking everything to pieces like a spoiled child picking at its food.

And this is also why the Platos of the Far East so seldom tell all, and why they avoid filling in every detail. This is why they leave in their paintings great areas of emptiness and vagueness, and yet the paintings are not unfinished. These are not just unfilled backgrounds, they are integral parts of the whole composition, suggestive and pregnant voids and rifts that leave something to our imagination. And we do not make the mistake of trying to fill them in with detail in the mind's eye. We let them remain suggestive.

So it is not by pushing relentlessly and aggressively beyond those hills that we discover the unknown and persuade nature to disclose her secrets. What is beyond is also here.

Being Receptive to the Universe

To understand this, however, we have to be receptive and open. In other words, we have to do what Lao-tzu advised when he said that while being a man one should also preserve a certain femininity, and thereby one will become a channel for the whole universe. And this is not just good advice for men.

Yet that is one of the misunderstandings in which I believe our culture in the West is submerged. The feminine values are despised, and we find typically among men a strange kind of reluctance to be anything but an all-male man.

But there is a tremendous necessity for us to value -- alongside, as it were, the aggressive, masculine element symbolized by the sword -- the receptive feminine element symbolized, perhaps, by the open flower. After all, our human senses are not knives, they are not hooks; they are the soft veil of the eye, the delicate drum of the ear, the soft skin on the tips of the fingers and on the body. It is through these delicate, receptive things that we receive our knowledge of the world.

And therefore it is only through a kind of weakness and softness that it is possible for knowledge to come to us.

To put it another way, we have to come to terms with nature by wooing her rather than fighting her, and instead of holding nature at a distance through our objectivity as if she were an enemy, realize rather that she is to be known by her embrace.

Trust or Control? Control or Joy?

In the end, we must decide what we really want to know about.

Do we trust nature, or would we rather try to manage the whole thing?

Do we want to be some kind of omnipotent god, in control of it all, or do we want to enjoy it instead? After all, we can't enjoy what we are anxiously trying to control. One of the nicest things about our bodies is that we don't have to think about them all the time. If when you woke up in the morning you had to think about every detail of your circulation, you would never get through the day.

It was well said: "The mystery of life is not a problem to be solved, but a reality to be experienced."

The song of birds, the voices of insects, are all means of conveying truth to the mind. In flowers and grasses we see messages of the Tao.

The scholar, pure and clear of mind, serene and open of heart, should find in everything what nourishes him.

But if you want to know where the flowers come from, even the god of spring doesn't know.

What Is Tao?
by Alan Watts.

In his later years, Alan Watts, noted author and respected authority on Zen and Eastern thought, turned his attention to Taoism. In this book, he draws on his own study and practice to give readers an overview of the concept of the Tao and guidance for experiencing it themselves. What Is Tao? explores the wisdom of understanding the way things are and letting life unfold without interference. 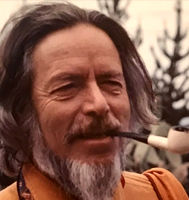 Alan Watts was born in England in 1915. Beginning at age sixteen, he developed a reputation as a foremost interpreter of Eastern philosophies for the West. He became widely recognized for his Zen writings and for The Book: On the Taboo Against Knowing Who You Are. In all, Watts wrote more than twenty-five books and recorded hundreds of lectures and seminars. He died in 1973 at his home in northern California.

A complete list of his books and tapes may be found at https://alanwatts.org/ Can Meditation Be Fun? Or Does It Have To Be Serious by Alan Watts
Love and fear or like and dislike, a pair of opposites, are mutually essential components of the… Designing a New Future for Yourself (Video) Where Do We Go From Here? (Video) Simplify to Support Your Peaceful Home

by Hunter Clarke-Fields MSAE
Our commercial culture screams at us to go, go, go and buy, buy, buy as the way to happiness, but…

Business for Lovers and Authentic Communicators

by Alan Cohen
I invite you to extend your circle of authentic conversations to include not just lovers, but…

There Is More Than One "You"