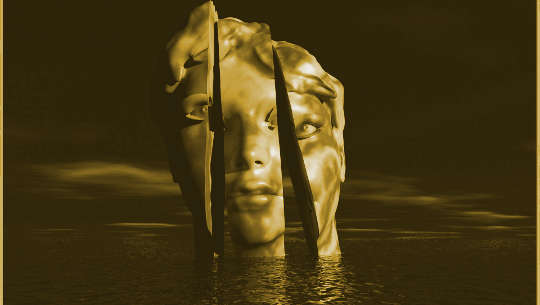 In the midst of intense suffering, an amazing transformation can occur. It sometimes happens to soldiers on a battlefield, to the inmates of prison camps who are on the verge of starvation, to people who have been through periods of severe addiction, depression, bereavement, and so on.

I call this phenomenon “transformation through turmoil” (or TTT, for short). I have been researching the phenomenon for 15 years and have investigated many remarkable cases. In my book Extraordinary Awakenings, I share some of these cases, and explore what we can learn from TTT and apply to our own personal development.

The awakenings are extraordinary in two ways: first, because they occur in such unexpected circumstances, and second, because they have such an incredible effect. People feel completely reborn, as if they are completely different people.

In psychology, there is a concept called ‘post-traumatic growth,’ which describes how trauma can have long term positive effects. In the long run, it can lead to an enhanced sense of appreciation and meaning, more authentic relationships, a wider sense of perspective, and so on.

TTT (Transformation Through Turmoil) is an extreme and dramatic form of post-traumatic growth. It often happens instantaneously, in a single moment of transformation. People shift into a much more intense and expansive awareness. They feel a sense of wellbeing, and the world seems more real and beautiful. They feel more connected to other people, and to nature.

Essentially, people spontaneously attain the state of “enlightenment” or “wakefulness” that is spoken of in many spiritual traditions. They accidentally find what spiritual practitioners have been searching for since time immemorial.

At the age of 42, Irene Murray was diagnosed with breast cancer and told that she might only have a few months left to live. Irene reacted to her diagnosis in an unusual way. As she described it,

“It was the first time I’d seen death as a reality. I thought, ‘I’m just so lucky to be alive.’ The air was so clean and fresh and everything I looked at seemed so vibrant and vivid. The trees were so green and everything was so alive. I became aware of this energy radiating from the trees. I had a tremendous feeling of connectedness.”

Irene expected the feeling to fade but it didn’t. As she put it,

“It was really intense for the first few weeks, and it’s remained ever since. It just blew me away. I used to just sit and think, “This is amazing, that things could just fall into place so quickly.’

Fortunately, Irene’s cancer went into remission, but her sense of appreciation and wellbeing remained. She felt like a different person and gave up her IT career to retrain as a counsellor and therapist. More than anything, she felt a new sense of connection to other people and to nature, and a new enjoyment of solitude and doing nothing.

A woman called Eve had a similar experience, after reaching rock bottom as an alcoholic. After 29 years of addiction, she felt physically and emotionally broken, and attempted suicide. At her parents’ house, her mother assumed Eve needed a drink to ease her withdrawal symptoms and gave her a glass of wine. But Eve couldn’t drink it. She was given high doses of sedatives to deal with her withdrawal symptoms, and after a few days, she felt like she had become a new person who was free of addiction. As she told me,

“Mum sat me down in front of a mirror, and said, ‘Look at yourself, you’re an alcoholic.’ I looked at myself, and I had no idea who I was. I felt like a completely different person.”

Eve was slightly confused by her transformation at first, but soon it settled down, and she began to feel liberated, with a heightened awareness and an intense sense of connection to the world. She has never felt the urge to drink again and has been sober for ten years.

It is important to note that there is nothing religious about TTT. Although we could describe it as a spiritual awakening, it is essentially a psychological experience, related to a breakdown of identity. More specifically, I believe that TTT is related to the dissolution of psychological attachments (such as to hopes and ambitions, status, social roles, beliefs, possessions, other people) which sustain our normal sense of identity. The breakdown of attachments and identity is usually a painful experience, but in some people, it may allow a new identity to emerge.

More than anything else, transformation through turmoil reveals the massive potential and deep resilience within human beings, which we are usually unaware of until we face challenges and crises. Although we are often afraid that crises will break us down, there is a good chance that they will wake us up.

Based on the book Extraordinary Awakenings.
©2021 by Steve Taylor. Printed with permission
from New World Library. NewWorldLibrary.com

Extraordinary Awakenings: When Trauma Leads to Transformation
by Steve Taylor

Why do some people who experience the worst that life has to offer respond not by breaking down but by shifting up, into a higher-functioning, awakened state, like phoenixes rising from the ashes? And perhaps more importantly, how can we emulate their transformations?

In Extraordinary Awakenings, readers will find not only riveting stories of transformation that show the amazing resilience of the human spirit, but also hope and guidance to call on during their own struggles, together with inspiration and profound food for thought.

Steve Taylor, PhD, is the author of Extraordinary Awakenings and many other bestselling books. He’s senior lecturer in psychology at Leeds Beckett University and the chair of the Transpersonal Psychology Section of the British Psychological Society. Steve’s articles and essays have been published in over 100 academic journals, magazines, and newspapers and he blogs for Scientific American and Psychology Today. Visit him online at www.StevenMTaylor.com. Why Contemplating Death Can Help You Live A Happier Life

by Steve Taylor
How do you feel about the idea of dying? Is it something you think about often? Or does it make you… by Steve Taylor
There has long been a general assumption that human beings are essentially selfish. We’re… Playing with Metaphors to Help You With Transformation (Video)