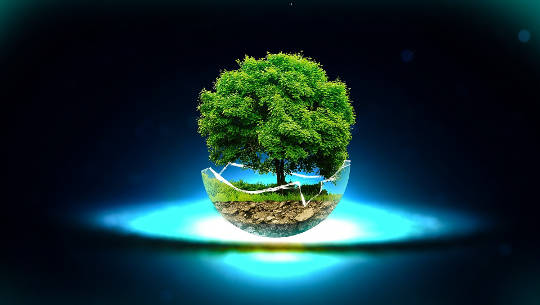 I met a man who was a devotee of the miracles that took place near the town of Garabandal, Spain. They began one night in 1961 when four children were awakened and mystically drawn from their separate homes to a small glen on the outskirts of their village. There they beheld an apparition of Mother Mary, who gave them prophetic messages. This extraordinary phenomenon continued for four years and over two thousand apparitions. Eventually people from all over the world visited the site, where many miraculous healings have occurred.

The devotee, Joe, was so moved by this inspiring phenomenon that he dedicated his life to sharing its message. One evening Joe came to my study group, where he showed a film of the events and offered his narrative. When Joe opened the floor for questions, I asked him how he got into all of this.

“As a young man I liked to attend parties, where I developed a reputation as a teller of off-color jokes,” he explained. “Eventually I was invited regularly to lots of men’s clubs and banquets where I recited my risqué stories. Since I had been rather shy before all this occurred, the positive response I received built my confidence and I gained public speaking skills.

“When I learned of the Garabandal miracles my life changed and I shifted onto my spiritual path. After a while I gave up my dirty joke career and decided to channel my public speaking skills into this ministry. Needless to say, this work is far more meaningful. Yet I have to acknowledge that my career as an off-color comedian was a crucial steppingstone to the valuable work I now do.”

If you or I had met Joe during his risqué comedy stint, we might have judged him as a crude or sordid character. Yet we would have had no idea that this phase was not an end in itself, but a preparatory step for a life work that would bring illumination and solace to many.

Be Not Hasty To Judge

Be not hasty to judge yourself for what you believe are your sins or guilty errors. Evil is an interpretation, not a fact. Everything that happens is ultimately in the service of awakening, and may be seen as good.

A Hasidic story tells of a man who came to a rabbi and complained that three men from the synagogue were up all night playing cards.

“Wonderful!” the rabbi replied with a twinkle in his eye.

The tattler was aghast. “How can you say ‘wonderful’”? he asked. “Is it not against our religion to gamble?”

“Yes,” the rabbi answered. “But, even more important, these men are staying up all night to do something they enjoy. When their minds and hearts turn toward helping others, they will be able to stay up all night for that purpose.”

The pain in our lives proceeds not from events that occur, but from our judgments about the events. The part of the mind that thinks it knows how things should be is extremely limited, confused, self-contradictory, and basically delusional. To use that ego as the guideline for how to live is to needlessly limit and condemn ourselves and the world. When, on the other hand, we suspend our negative judgments, we free ourselves and each other, open the door to escape from the prison of resistance, and literally set our feet on the lawns of heaven.

Imagine that you and I took a walk in a field, where I scooped up a handful of brown earth and I asked you, “What is this?” A city dweller might be quick to answer, “a pile of dirt.” Yet a farmer would knowingly answer, “soil.” Dirt is a problem; soil is an opportunity. You have to get rid of dirt, but you grow things in soil.

Consider that the stuff you consider problems - even dirty ones - are actually the platforms upon which you will build strength and find freedom you would not have enjoyed had the difficulties not occurred. As Emerson noted, “A weed is a flower whose virtues have not yet been discovered.”

While we’re on the farm theme, let’s consider the value of manure. Manure in the wrong place is repulsive and unsanitary. Yet, placed wisely in a farmer’s field, it will grow life-giving wheat that is baked into warm, aromatic, and tasty bread. When you butter your toast at breakfast you hardly think that manure played a valuable role in getting your fresh bread to you. But it did.

Likewise, the manure of your life is excellent fertilizer. You just have to know where to put it and how to use it. Even dirty jokes can pave the way for a sacrament. While my friend Joe was enamored with the miracles of Garabandal, he may have overlooked the one happening through him.

*subtitles added by InnerSelf
© by Alan Cohen. All Rights Reserved.

The Master Keys of Healing: Create Dynamic Well-being from the Inside Out
by Alan Cohen.

Health and well-being are not mysterious forces in the hands of external agents. You have the power to generate wellness in every aspect of your life. In this clear, grounded, practical, penetratingly visionary book, Alan Cohen illuminates the universal principles that enable you to step into maximum vitality and help others do the same. This is a hands-on guide to living at peak performance while enjoying deep inner peace. Here is a doable manual for those seeking healing, those offering it, and those who wish to rise to the next level of their highest potential. A Place of Rest from Ever-Accelerating Change by Ronald Alexander
To create change in your life and to make a better mark on the world, you will need to cultivate a…