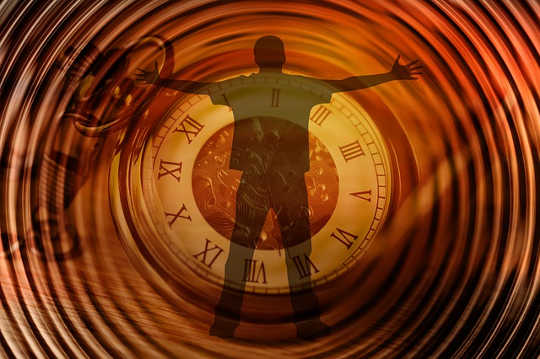 “I don’t really know what to do with myself,” I said to my therapist in Orange County.

“It seems to me, Ted, that you have a lot on your plate.”

I shrugged. “Yeah, I guess. It just feels like something is missing. There are a lot of things that I am doing right now, but I don’t have a career anymore. . . And I don’t have to work as hard on the recovery process now. ..”

“Give it some time, Ted. You’ve already done a lot” was the response. But I was getting impatient again. I was somewhat bored. I needed something exciting. I realized I was entering uncharted territory here.

Unleashing the Power Within

I came across self-improvement mogul Tony Robbins not long after that conversation with my therapist, so I signed up for his “Unleash the Power Within” seminar in February 2013. It started me on the path to figuring out who I was, who I wanted to become, and what my purpose was.

“Life is a gift,” Robbins said, “and it offers us the privilege, opportunity, and responsibility to give something back by becoming more.” I was one among six thousand people who attended the event that long weekend, at the Los Angeles Convention Center. I started to realize that by doing more for others, I’d be happier with myself.

I don’t know how the other attendees felt, but it was a life-altering event for me. Robbins was a dynamo. I was there, in front of the convention building, and I didn’t know a soul there. After the first day, at one thirty a.m., getting ready to walk over fiery coals, he taught us how to change our mindsets and take mind over matter. "Overcome the unconscious fears that are holding you back," Robbins proclaims. "Storm across a bed of hot coals. Once you start doing what you thought was impossible, you'll conquer the other fires of your life with ease."

"Only those," he reminded us, "who have learned the power of  sincere and selfless contribution will experience life’s deeper joy, true fulfillment.”

It was a message that would stand out for me, even though I had attended the conference only in the hopes to improve my delivery of presenting speeches and learn how to convey my story and my views regarding determination to my audience. He gave me that too, but that was the figurative cherry on top of something even better.

Before My Stroke, My Priorities Were All Wrong

He had us sit down and think about what we had in our lives. “Write the list in order of priority,” he said. And even though he was standing in front of a huge auditorium filled with people, I felt like he was speaking directly to me. I believed he could see in my face what I was slowly coming to realize. My priorities were wrong before this stroke. I wrote it down:

No wonder I ended up getting a divorce, I thought as I looked at the list. My career had been so important to me that my family and my wife had barely made the list.

Newfound Priorities: From Health to Relationships

Robbins said our first priority had to be physical body and health. If you don’t have that, nothing else matters.

Our second priority should be our relationships. I broke my newfound priorities into three baskets:

I made my fourth priority about education because I knew I had to improve my speech fluency and expand my word-finding skills. I learned the medical terms related to stroke, including aphasia, traumatic brain injury (TBI), left neglect, and others. I wanted to continue to learn about contemporary art and French wine.

My fifth priority was to do more small-scale public speaking. I could get out there to the hospitals and universities and tell audiences my story, share the determination, resolve, tenacity, and motivation. I wanted to build an Internet site and communication channels (social media) even if I didn’t know exactly what it was going to be for, and I realized I wanted to write a book. And that led to the sixth goal on my list—giving back.

Though I had been pretty resistant to the idea of writing a book about my experiences, I sat there listening to Robbins and thought, I need to give back. I can do that with this book, just as I can with the volunteer work.

I realized that weekend that I have a purpose, a gift to deliver: telling people, especially the population living with disabilities, not to give up. That’s a powerful message from a person who has been there, who is still in the stages of recovery, but who had turned the disability volume down and found a way to rebuild his life.

There were other ways that I could give back as well. I have now been involved with three hospitals. I give back all that I learned from my own life: therapy options, techniques, tips. I am an advocate for stroke and aphasia recovery. I have been on the board of trustees for three nonprofit institutions and continue to serve on one of them. I decided to give a donation to the Laguna College of Art and Design. They used my donation to focus on helping disabled students, and that was extremely gratifying. It felt good that I made a contribution that could change someone’s life for the better.

“For those of you not yet retired, your occupation will be a priority,” Robbins said. My occupation now is doing volunteer work, being a part of institutions’ boards, and involving myself in philanthropic issues that will allow me to make a difference.

It was also about having time with myself—me time—to feel grateful to be alive and doing new things. I was done spending my days drinking coffee at Starbucks. I gave my second pug away to a good new home—the one I got when I moved to California—because I was using the pup as an excuse to not play golf, take trips, go to wine tastings, or meet new people. I really liked having a dog, but it was for the wrong reasons, and it was not the right time. It wasn’t right for the pug, either. And I needed time to myself to regroup and ensure that I had my priorities straight.

Determined To "Be More"

“Don’t worry. Why do you have to worry about this if it’s in the future? The future’s going to be what you want to make of it. Just live your life at the moment,” Robbins said.

That spoke directly to me. I often wondered whether my life would always be centered around my stroke and aphasia. Would I ever be about something else? I used to be all about work and career. Now, I wanted my life to be more than only one thing. I was determined to be more. And if my decisions or path were a little off, I’d change or tweak it until I liked the path I was on.

I used to be so focused, so determined, so competitive that I wouldn’t even let my little sister win a single game of Monopoly when we were kids. Now, I started thinking about how much she meant to me in my life, how much all my family meant, and how much happiness mattered.

Relentless: How a Massive Stroke Changed My Life for the Better
by Ted W. Baxter

In 2005, Ted W. Baxter was at the top of his game. He was a successful, globe-trotting businessman with a resume that would impress the best of the best. In peak physical condition, Ted worked out nearly every day of the week. And then, on April 21, 2005, all that came to an end. He had a massive ischemic stroke. Doctors feared he wouldn't make it, or if he did make it, he would be in a vegetative state in a hospital bed for the rest of his life. But miraculously, that's not what happened . . . Relentless is a wonderful resource for stroke survivors, caregivers, and their loved ones, but it is also an inspiring and motivating read for anyone who is facing struggles in their own life. (Also available as a Kindle edition and an Audiobook.)

After spending 22 years in the financial industry, Ted Baxter is retired as a global CFO with a large hedge investment firm based in Chicago. Prior to that, Ted was a managing director for a global investment bank and he was a Price Waterhouse partner and a consultant concentrated on banks and securities, risk management, financial products, and strategic planning. Internationally, he spent 8 years working and living in Tokyo and Hong Kong. Ted now volunteers at 2 hospitals in Orange County, leading groups in a stroke-related communication recovery program, and is a member of the Board of Directors at the American Heart and Stroke Association. by Ted W. Baxter
Many PhDs that I met during my recovery said that if your stroke affected your right side of your… Life Is Not A Sprint, But A Journey To Be Fully Enjoyed

by Ted W. Baxter
"Before the stroke, Ted was all business. Very serious. Since he’s recovered, he’s got such a sense… Do You Know What You Want and What You Need? Are Detox Diets Effective and Worthwhile or Just a Fad?

by Taylor Grasso
These diets promise quick results and can particularly entice people around the new year, when…

Are the Fish in Your Aquarium Happy? Here's How You Can Tell

by Matt Parker
Aquatic species don’t seem to induce the same emotional response. And this disparity is clouding…