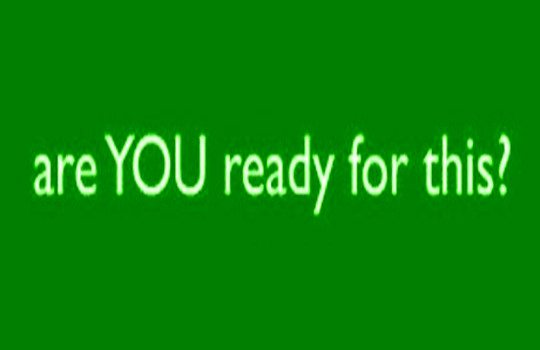 As I was driving to a lecture with my program sponsor, I told Suzanne that on a recent international airplane flight I was given a free upgrade to first class. "Oh, I get upgrades all the time," she responded, laughing. "It’s sort of a miracle. I don’t even ask. They just put me up front."

"But I guess I’m used to it," she explained. "When I was a child, my father was vice president of TWA. He took me traveling with him a lot, and whenever we flew, I got to sit in first class."

I wasn’t surprised. Suzanne’s account demonstrated how powerfully our subconscious beliefs affect our outer manifestations. Somewhere in Suzanne’s psyche, the image of flying first class was deeply embedded. Although she did not think about it consciously, her expectation created results that matched it. The folks who gave her the passes had no idea they were agents of the universe more than the airlines.

You'll See It When You Believe It

Notice the strong correlation between our expectations and our experience? Everything that happens to us is related to our beliefs about who we are, what we deserve, and what the universe is capable of supplying. The game is to keep stretching your beliefs to match the highest in and around you.

The movie Galaxy Quest offers a marvelous lesson about our power to manifest. The film chronicles the adventures of a bedraggled crew of actors whose popular science fiction television series has run its course. (Think Star Trek.) Their careers have dwindled to appearances at cult fan conventions. One day the crew is kidnapped by some real extraterrestrials who take them for a (long) ride and explain to them that their planet is under siege and they need the expertise of this crew to save their world.

"What makes you think we can help you?" asks the captain.

"We know of your heroism because we have reviewed many transmissions of your historical documents," the E.T. answers.

The "documents" he refers to are not historical at all. They are hysterical. From outer space the E.T.’s viewed rerun broadcasts of the series’ television shows. They had no idea the stories were fictitious and the crew was just acting.

The crew tries to explain this, but the aliens don’t quite understand; all they know is that they desperately need help and they believe the crew can handle the job. By this point the crew has no choice, so they throw themselves into the task at hand.

Although they are at first inept and bumbling, eventually they rise to the occasion and find the courage to extricate the aliens from their predicament. They were tricked into discovering the heroes they actually were.

The Opportunity to Find Your Strengths

Sometimes life tricks us into finding strength we did not know we had. We thought we were clumsy inept actors, while we actually embody the wisdom, courage, and strength to handle any task. We thought our greatness was fictitious, when it is for real.

We might even be tempted to argue for our limits and explain why we are not who admirers think we are. But such an occasion is a great opportunity to keep your mouth shut and just go ahead and be great. All you have to lose is your identity as a loser.

"Think you can or think you can’t, and either way you’ll be correct," prophesied Henry Ford.

When I was in high school I played saxophone in a rock band. I was just learning the instrument and didn’t have a lot of experience or technique. I couldn’t get a good tone out of the sax and planned to take it back to the store to get it fixed. Then one night our band was playing for a dance when a fellow approached and asked if he could sit in on sax for one song. Sure, I told him. The guy picked up the sax and wailed! I could hardly believe it was the same instrument!

After the song he thanked me, handed the sax back, and disappeared into the crowd. I just stood there with my jaw hanging open. For a moment I felt embarrassed; he had just shown me up in a huge way. But soon my embarrassment shifted to excitement. He showed me a new possibility for myself and the instrument. Eventually I developed a good tone, too.

Every day before us is brimming with new possibilities. It is a day, a month, and a year that has never been lived before. Your expectations of what you can and will accomplish this year make all the difference in what will actually happen. Bring a big cup to fill.

Alan Cohen is the author of many inspirational books including A Course in Miracles Made Easy and his newly-released inspirational book, Soul and Destiny. Join Alan and musician Karen Drucker for a transformational in-person ACIM-based retreat in California, Into the Light, December 6-10, 2021. For information on this program and Alan’s other books, recordings, and trainings, visit AlanCohen.com