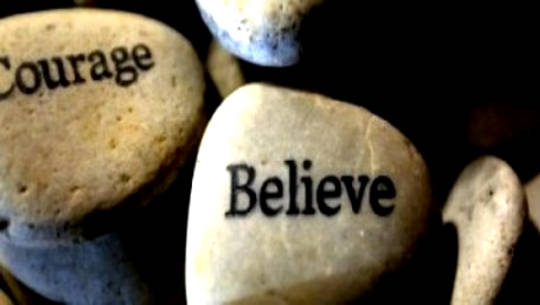 Cinderella, as beautiful inside as out, is left at the mercy of her malicious stepmother and two stepsisters upon the death of her father. They treat her like a maid.

The king throws the bash of the millennium. Of course, Cinderella isn't invited. Evil step-relations exploit her considerable artistic skills to help them doll up for the big event.

Enter Fairy Godmother, an Old World fashion consultant-cum-magician who magically transforms Cinderella into Claudia Schiffer in a Valentino dress. A random pumpkin becomes a Porsche, and Cinderella races to the ball.

The prince gets one look at Cinderella and forgets about all the other girls in the kingdom. He asks her to dance every number. At midnight, Cinderella cuts out, per Fairy Godmother's orders. She's in such a rush that she doesn't retrieve the glass slipper that has fallen from her foot.

The prince is devastated by her departure. It's as if her image has been burned on his brain. He sends his assistants all over town with the glass slipper, looking for Cinderella. They go door to door, chanting, 'If the shoe fits, he will commit.'

Everyone wants to be a millionaire. But the slipper fits only Cinderella. The prince rushes to her fireside and whisks her off to live happily ever after.

The most commonly told version of 'Cinderella' was published in 1697 by the French intellectual Charles Perrault (using his ten-year-old son's name as a pseudonym). Perrault was the first to record many of the well-known fairy tales of European oral tradition. The story may have originated in China, where a small foot was a sign of beauty.

Yes, Cinderella had the worst job in the city, but she did it diligently. She didn't waste hours in useless rancor, letting bitterness and regret give her an ulcer, bad skin, and deep brow furrows. She knew 'cinder maid' was just her job title, not her life description.

When the fairy godmother appeared, Cinderella had the courage to seize an opportunity to change. She didn't peer at the fairy godmother suspiciously, snarling, 'You know what they say, 'If something looks too good to be true, it probably is.' Leave me to my cinders. I'm perfectly happy with my state of habitual discontent.' Cinderella knew she was worthy of happiness, despite a string of bad luck so long, a lesser woman would have hanged herself with it.

Once she arrived at the ball, Cinderella didn't hide inside her pumpkin carriage, crying, 'But no one attends a party alone! Everyone will think I'm a loser!' She threw her shoulders back, lifted her chin, and marched in the door.

Cinderella believed in the power of a perfect dress.

She did not waste time gloating over her step-siblings in her designer duds. She knew that the best revenge is having too much fun to think about retaliation.

When the prince asked her to dance, Cinderella did not shriek and run to the ladies' room to check her lipstick. She agreed to dance. And you can bet that while spinning in his arms, she didn't trip into a fit of insecurity, criticizing him in an attempt to boost her self-esteem, saying, 'You know, anyone can inherit a kingdom. I work for my living.'

At the stroke of midnight, she didn't cling to the prince's hand, crying, 'Save me from my miserable life!' She had the confidence to know that if he liked her, he'd come calling.

Which, of course, he did. And when he came, she did not listen to her friends, who all rang up, saying, 'Why is he shooting so far beneath his mark, Cinderella' I mean, no offense, but what's wrong with him that none of the royal chicks will date him?' She knew the details of her relationship better than her friends did, trusting her own experience with her man, not gossip.

When the prince galloped up on his white horse, Cinderella did not shout, 'Hey man, back off! I can drive my own damn steed!' She decided that if it was that important to him to whisk her off her feet, she'd let him whisk.

Don't let past bad luck cloud your vision of a brighter future. Have the courage to believe in a better life.

Reprinted with permission of the publisher,
HarperResource, an imprint of
HarperCollins Publishers. ©2001.

Happily Ever After: The Fairy-tale Formula for Lasting Love
by Wendy Paris. 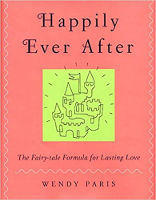 In Happily Ever After, author Wendy Paris offers a contemporary spin on ten classic fairy tales, going behind the scenes with these legendary romantic heroines to show what they did to live happily ever after. Contrary to popular belief, fairy-tale heroines are not weak and passive. They are noble, brave, optimistic women who know that the formula for success in a chaotic world is to hold fast to their own beliefs despite what fate happens to throw their way. Ultimately, it is their character that saves them, not the prince on the white horse.

Wendy Paris graduated with a BA in literature and creative writing from the Honor's Program at the University of Houston. Prior to writing Happily Ever After, she coauthored Words for the Wedding. She has written about relationships, love, marriage and honeymooning for a variety of publications, including Glamour, Self, Brides, Modern Bride and Fitness. She has also worked as a TV reporter and producer and newspaper reporter and editor. by Wendy Paris
"A childless royal couple finally has a baby... Life spins along normally for the next sixteen or… What is daydreaming? Parts of the brain show sleep-like activity when your mind wanders

by Thomas Andrillon, Neuroscience researcher
Our attention is a powerful lens, allowing our brains to pick out the relevant details out of the…