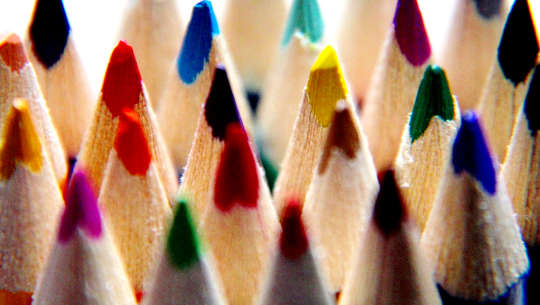 Just as we meet limits in the midst of life, we also find possibility, the undiluted freedom to create and live our lives. Everyday the sun rises is a new day full of possibilities. We do not have to approach today in the same way as we approached yesterday. Every week is a new week with a new set of tasks, demands, adventures, any of which reveal brand new possibilities.

This can be especially clear in a health crisis: when the doctor says you have three years to live, or one year, or a few months. There is still possibility. We have all seen people appraise their situation, affirm it, and then decide what they want to accomplish in their remaining time.

The exploits of young people like Canadian Terry Fox both thrill and beckon to people. Cancer had left him with a wooden leg, but he saw he could use the wooden leg as a gimmick to raise money for cancer research. Starting in Newfoundland, he walked on his wooden leg half way across Canada before his cancer caught up with him.

Another young man, Rick Hanson, a paraplegic who used to be an athlete, pushed himself across the 5000-mile width of Canada in a wheelchair, and subsequently around the world, on behalf of spinal-cord research. Imagine all the people who told them, "You can't do this."

The Possibilities of Creativity Are Endless

The possibilities are endless. And it is the same with the creativity that is breaking loose all over. People who are unhappy with current economics are creating their local trading systems; those who have become disenchanted with the nine-to-five job are creating new cottage industries at home; some very rich people, like Ted Turner, are working to give a lot of their money back to the world where it is needed, for the United Nations or to create open societies. Cell phones document abuses of power and become a force for emancipation.

More people seem to be setting out to do the impossible. Some sail round the world on their own. Mount Everest has a garbage problem on its summit, through the sheer numbers of successful climbers; even fifteen-year-olds are preparing to climb it. US and Russian spacecraft have cooperated in space exploration further into our galaxy. Everything is up for grabs and open-ended at the same time.

Just make up your mind what you want and start experimenting or pushing. If you want a child, but you think getting married is for the birds, you can arrange for a donor. If you're the kind of person who is always getting lost, you can buy yourself a small global positioning instrument to tell you where you are.

Becoming Whatever We Decide: We Are In Charge

We can become whatever we decide. We are in charge of creating our own future (although we are not in control). Many of the limits we create for ourselves are just that -- self-imposed limits. In Chicken Soup for the Soul at Work, Canfield and Co. give the example of Azie Taylor Morton, past United States Treasurer. Her mother was deaf and could not speak. She didn't know who her father was. Her first job was picking cotton. Later in her life she witnessed to possibility:

Nothing has to remain the way it is, if that's not the way a person wants it to be. It isn't luck, and it isn't circumstances, and it isn't being born a certain way that causes a person's future to become what it becomes. All a person has to do to change a situation that brings unhappiness or dissatisfaction is answer the question: How do I want this situation to become? Then the person must commit totally to personal actions that carry them there.

Whoopi Goldberg made a similar witness in The Whoopi Goldberg Book. She says she looks on acting as such a joyous thing because it is shot through with possibility. Anything can happen:

What Your Attention Is Upon, You Become

As I write this, I'm appearing eight times a week, on Broadway, in a part originally written for a man, but you'd never know, right? If you come to a thing with no preconceived notions of what that thing is, the whole world can be your canvas. Just dream it, and you can make it so. I believed a little girl could rise from a single parent household in the Manhattan projects, start a single-parent household of her own, struggle through seven years of welfare and odd jobs, and still wind up making movies. So yeah, I think anything is possible. I know it because I have lived it. I know it because I have seen it. I have witnessed things the ancients would have called miracles, but they are not miracles. They are the projects of someone's dream, and they happen as the result of hard work.

The Courage to Lead: Transform Self, Transform Society
edited by R. Brian Stanfield. 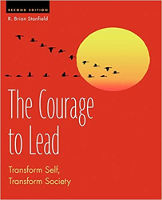 "To transform society, we first need to transform ourselves." The Courage to Lead starts from this premise and delivers a strong, simple message: if you relate authentically to life, to yourself, to the world and to society, you start the process of social change.

Activist stories from around the world demonstrate the profound premise and inspires a deep understanding of leadership. This is a book that changes lives. (2nd edition)

R. Brian Stanfield was the Director of Research at The Canadian Institute for Cultural Affairs, a non-profit with a presence in 48 countries. For over 50 years, the Institute has worked in organizational development, adult and child education, community development, and methods of social change. As well as Brian's decades of experience as an educator and researcher, he was an inspired leader, who spent years helping others to become the same. Brian was the author of 5 books focusing on the qualities required for successful progressive leadership and group facilitation of which The Art of Focused Conversation as well as of The Courage to Lead. Keeping Ourselves Grounded In Reality: Dancing the Dance of Life

by R. Brian Stanfield
We need to know how to stay grounded in our actual situation, and live in reality day by day. This… by Marie T. Russell, InnerSelf.com
We each have our individual experiences, frame of reference, and opinions. This creates our own… 5 Steps To Get The Upper Hand Over Your Moods

by Jude Bijou, M.A., M.F.T.
Funky moods obscure our experience for hours, days, weeks, or even longer. Left unattended, they…

How Can We Get Past Our Fear of Change?

by M.J. Ryan
Certainly, not everyone is frightened by change. But for those of us who like predictability and…