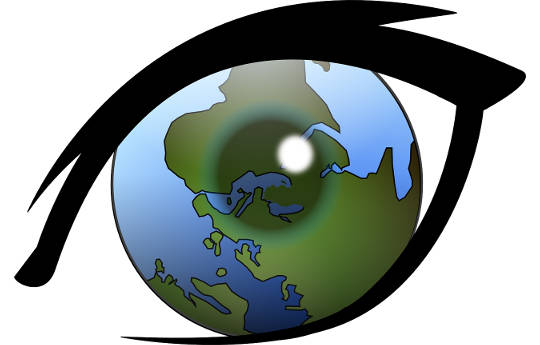 The COVID pandemic is the latest horror now added to climate change, authoritarian government, conflict everywhere, and other end-of-the-world threats. The Global Health Security Index recently rated nations at an average of 38.9 points on a scale of 100. They concluded that “every country, including the US, remains dangerously unprepared for…future pandemics.” And a PEW Research Center poll finds that only 17 percent of people in democratic nations are confident in the US as a role model of democracy. No wonder we often feel a sense of doom and gloom.

I have studied the direction of the world’s crises for years, and my work suggests that a feasible path through this turmoil is possible. What we’ve learned is that the Knowledge Age is now fading as smartphones, social media and artificial intelligence automate knowledge.

Knowledge is still crucial, but the digital revolution is driving the world beyond knowledge into a new frontier governed by emotions, values, beliefs and higher-order subjective thought. This means we are entering an Age of Consciousness. Henry Kissinger wrote in Time: “… what fascinates me is that we are moving into a new period of human consciousness which we don’t yet fully understand.”

Can Consciousness Be Wrong?

“Consciousness” is usually thought to foster enlightenment, but now we see that it’s a lot more complicated. Just as information can be wrong, consciousness is a vast new domain that can include lies, hate and delusion. The Gutenberg printing press unleashed a flood of information that led to decades of war and the Protestant Reformation. In a similar way, today’s social media has provoked a wave of “post-factual” nonsense, conspiracy theories, climate deniers, vaccination skeptics, political gridlock and other sources of disinformation that pose an existential crisis.

The promising thing is that an Age of Consciousness implies the world could overcome these threats to become a mature civilization. It’s roughly the way teenagers struggle with doubt and confusion before finally becoming responsible adults. In fact, critical trends today seem to be leading toward global maturity.

The Business Roundtable announcement that firms should serve all stakeholders is historic. The New York Times called it a “watershed moment ... that raises questions about the very nature of capitalism.” Leading corporations like IKEA, Nortel and Unilever collaborate with employees, customers, suppliers and governments to solve tough problems and create value for both the company and its stakeholders.

Other trends are also hopeful. Almost all nations have agreed to impose minimum taxes on corporations avoiding tax evasion. The Black Lives Matter protests are shifting attitudes around the world as young people across the political and racial spectra demand racial justice. The #MeToo movement has empowered women to oust sexual predators. And the pandemic has forced millions to question working conditions, so employers are forming a virtual workplace where employees can do their jobs anywhere if they perform.

The shift to an Age of Consciousness is based on careful academic studies and a science-based model of social evolution using historic data supported by abundant evidence. Many of those to whom the research is presented find it reasonable and they welcome the optimism.

Yet others simply cannot accept the possibility of anything good. This inability to believe in positive outcomes is rampant today, and a major reason these crises continue. Negative attitudes themselves can become self-fulfilling prophecies because they discourage action. Doom and gloom are self-defeating.

To find our way through this critical test of civilization, it would help to preserve our faith in the universal forces that have brought us through interminable obstacles. Civilization survived the fall of Rome, the Dark Ages, various plagues, World Wars I and II, and a cold war bristling with nuclear weapons.

Today, the rebellion of Trump supporters is alarming, but a similar rebellion came from left-wing radicals a few decades ago. During the 1960s, the US was struggling to contain social conflict so severe that it flared up into riots, takeover of public buildings and bombings. That too passed.

Now it is incumbent to have faith in the powers of social evolution that have proceeded invariably from an Agrarian Age to an Industrial Society to a Knowledge Age, and is now moving to an Age of Consciousness. We also need to draw upon a faith in the redeeming goodness of humanity that drives this evolutionary progress.

If we can find these sources of faith, we can also find the hope that allows us to make bold changes. Otherwise, prepare to face disaster.