Stop Thoughtlessly Re-Posting Memes and Get in the Arena 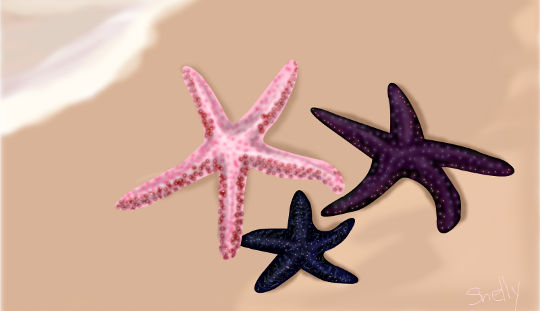 Posting a meme isn’t being the change. Neither is hash-tagging. No matter how relevant and important the cause, you’re not changing the world with a hashtag; you’re just making yourself feel better. If you’re unwilling to actually work toward a solution, stop fueling anger and separation in the minds of our youth by reposting digital mini-rants devoid of context.

Posting an opinionated meme is safe…for you, but it often leads to divisiveness and thus a counter-meme. No honest, heartfelt conversation. No action. No change. Only resistance.

Our police force obviously has need for improvement. So does our education system. So does our media, which incidentally is an enormous part of the problem with the first two. Healthcare. Our overall values as a nation. You name it. Change is needed.

But the most impactful change that is needed is the way we go about promoting that change in the first place.

It’s easy to comment and/or criticize from the sidelines while sitting back and expecting someone else to do the dirty work of bringing about the much needed change. Theodore Roosevelt’s oft repeated words speak perfectly to this idea:

It is not the critic who counts; not the man who points out how the strong man stumbles, or where the doer of deeds could have done them better. The credit belongs to the man who is actually in the arena, whose face is marred by dust and sweat and blood; who strives valiantly; who errs, who comes short again and again, because there is no effort without error and shortcoming; but who does actually strive to do the deeds; who knows great enthusiasms, the great devotions; who spends himself in a worthy cause; who at the best knows in the end the triumph of high achievement, and who at the worst, if he fails, at least fails while daring greatly, so that his place shall never be with those cold and timid souls who neither know victory nor defeat.

Stop pointing fingers at “the other”. If we want to see change, we have to be that change.

Don’t be the cold, timid critic; be the stumbling doer of deeds. Taste the dust and sweat and blood on your lip.

Choose the issue that keeps you up at night and actually join in creating the solution. Make it your life’s work. Create a positive vision of the future and work towards it with real, physical steps.

I’m not talking about mounting a protest either. I mean literally join the field of law enforcement, the field of education, or the particular part of the system that you deem in most need of improvement. Bring your gifts and your positive vision to the arena.

Show us how to do better. Lead by example.

Our values are most apparent in our actions, in how we spend the bulk of our time, not in the memes that we post.

The Most Impactful Communication Happens in the Arena

Your perspective and ideas and time and talent are sorely needed in the real world where the real action happens. It’s time to propose and embody solutions, real ones that address the core of the issues. It’s time to think and discuss holistically about the values our society is perpetuating and especially about our own personal part in the matter.

Enter the arena. Get some dirt on your hands. Then let’s have a conversation about our positive vision of the future–and, of course, the real, concrete steps we’re taking right now to get there.

Nancy Bolling helps women reveal their best selves by finding and manifesting their deepest desires.  You can follow her blog and apply for a free coaching session at www.NancyBolling.com. by Nancy Bolling
Fortunately, over the years, I’ve picked up some strategies to not only cope with the overwhelm,… Allow the Enchanted by Opening Yourself to Change

by Nancy Bolling
I’m tempted by efficiency. My overactive brain craves the order of a predictable routine, a… Slow Down, Notice, and Bask in the Mundane

by Nancy Bolling
I’ve received many a bouquet of flowers in my life, but the one that stands out as the most… By Any Other Name: Some Thoughts on the Universe, God, and Meaning

by Nancy Bolling
I am in awe of my mother’s faith in God. Despite the circumstances that life has inflicted upon…