The Happiness We Think Elusive Is Right Under Our Noses 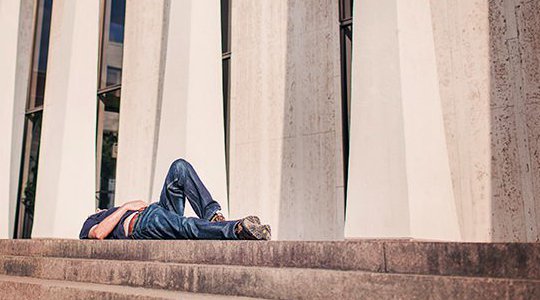 I was flipping through a catalog. My eyes were drawn to a large plaque that you could buy to put over your couch. In large letters it read: IT’S ALL GOOD. My blood began to boil. It’s not all good!

There is tremendous suffering in the world. So many of us have to bear the burden of so much. There are bombings and starvation, layoffs and abuse, intractable poverty and senseless violence. I recently learned that kids as young as twelve are cutting themselves all over their bodies to create scars in what’s described as the latest teenage fad. Just yesterday I heard of two young women whose mother and father are both in the hospital with terminal cancer.

Do You Need to Hide Your Head in the Sand to be Happy?

To experience happiness in our daily lives does not mean hiding our heads in the sand. It’s not about feeling absolutely wonderful all the livelong day. We’re meant to feel bad as well as good—the part of our brains that experiences fear, worry, sorrow, and anger is there to protect us from danger and spur us into action. When a speeding car is bearing down on you, it’s not too smart to think, “Isn’t that good?” Rather, you feel fear and get the hell out of the way.

What being happy is about, I believe, is having a home base of contentment and well-being that you return to when the immediate crisis is over, rather than being stuck in chronic anger, worry, or fear. It’s about noticing what you can enjoy and appreciate about the rest of your life even as you face your challenges. It’s about feeling empowered to take actions that hopefully will improve the situation and enjoying yourself along the way. It’s about creating the maximum possibilities for meaning or joy in the midst of the terrible thing.

Happiness Does Not Require Denial

So many of us hold ourselves back from the happiness we could experience moment to moment because we think it means we have to be in denial of our own pain or that of the world. That’s just not true. Unhappiness is often an important signal for change of some sort. That’s why it’s right not to feel happy all the time. But once you get the message, you’ve got a choice—to keep focusing on the misery or to take the actions you can to increase contentment and well-being in yourself and others.

That’s what these two sisters did. Both were engaged to be married, and when they found out that their parents were dying, they decided to hold a double wedding at the hospital so their mom and dad could attend. The nurses helped decorate the floor in a wedding motif and the ceremony was full of tears of joy as well as sorrow.

This is spiritual courage—the willingness to choose to be happy in the face of grief or anger without denying or repressing our painful feelings. It’s what Alfred Adler meant when he said, “There is a courage of happiness as well as a courage of sorrow.” You shouldn’t feel happy all the time—but are you courageous enough to feel as happy as you can?

Remember, You Always Have Choices

“If you choose not to decide—
you still have made a choice!”
—Neil Peart

Martha was complaining to me that she was unhappy because she had “had” to follow her husband around the country from job to job for the past twenty years. I asked, “Did he tie you up and throw you into the car? Did he lock you in the house so you couldn’t escape? You chose to go—every single time, you made a choice to stay in your relationship rather than go off on your own.”

It took her a long time to believe that the choice had been hers each time. But finally she got the point when I asked her the following question: “How would your belief change if you looked at your decisions as a choice for love rather than something that happened against your will?”

“Well,” she replied, “I guess I would have been happier along the way.”

Until that moment, Martha was wedded to feeling like a victim of her circumstances, and people who feel like victims are rarely happy. Believing themselves to be mere pawns in the game of life, they pay attention only to the limitations and hardships of any given situation and feel wretched and despairing.

The truth is we always have choices, if only to choose the meaning we make out of the circumstances we find ourselves in. And the more we experience our freedom of choice, the happier our lives are.

Experiencing An Inner Freedom Of Thought

The person who has written most profoundly on this topic is Viktor Frankl. For five years Frankl was imprisoned in Auschwitz and other concentration camps. He noticed that those who survived were not necessarily stronger than others, but those who experienced an inner freedom of thought—recognizing that the Nazis could control their bodies, but not their minds.

Most of us reading this book are not in such extreme circumstances, and thus our options are much greater. Yet we go around thinking all the time, I don’t have any choice. Of course we do—we just don’t want it badly enough to pay the price or haven’t thought creatively enough about how to get it. That’s why the ancient Greek philosopher Thucydides proclaimed that “the secret of Happiness is Freedom, and the secret of Freedom, Courage.”

If we want to be truly happy, we must take responsibility for our lives and the choices we make (or choose not to make). And that takes courage—the courage to be ourselves.

The Future is Formed by the Choices We Make

Something to consider as you ponder the choices available to you: Many physicists believe that the future is actually formed by the choices we make. Here’s how futurist John Schaar describes it:

“The future is not a result of choices among alternative paths offered by the present, but a place that is created—created first in the mind and will, created next in activity. The future is not some place we are going to, but one we are creating. The paths are not to be found, but made, and the activity of making them, changes both the maker and the destination.”

When Martha realized that she’d been choosing for love all this time, she decided that she might as well enjoy her choice. She began to think of her relationship as her life’s masterpiece. She began to be nicer to her husband, which of course made him nicer to her in return. She realized that she loved making beautiful environments for the two of them to nest in and moving around a lot enabled her to exercise that passion often. She became happier—right in the midst of the situation she previously considered unbearable.

The happiness we thought elusive is right under our noses when we recognize that we do not have to be victims of our circumstances.

©2009, 2014. All rights reserved.
Reprinted with permission of the publisher, Conari Press,
an imprint of Red Wheel/Weiser, LLC. www.redwheelweiser.com.

The Happiness Makeover: Teach Yourself to Enjoy Every Day
by M.J. Ryan.

M.J. Ryan is one of the creators of the New York Times bestselling Random Acts of Kindness and the author of The Happiness Makeover, and Attitudes of Gratitude, among other titles. Altogether, there are 1.75 million copies of her titles in print. She specializes in coaching high performance executives, entrepreneurs, and leadership teams around the world. A member of the International Coaching Federation, she is a contributing editor to Health.com and Good Housekeeping and has appeared on The Today Show, CNN, and hundreds of radio programs. Visit the author at www.mj-ryan.com

Another video: Giving Thanks (with M.J. Ryan) by M.J. Ryan
We can’t wait until everything is OK—with us or with the rest of the world—to feel thankful, or we… How You Too Can Experience the Comfort of Forgiveness

by M.J. Ryan
When the stock market plummeted in 2003 and I lost a third of my savings, I had a very hard time… by M.J. Ryan
The practice of giving thanks for your body is particularly difficult for women, because our… by Paul Bain, University of Bath
Unlimited wants and consumerism are bad for the planet – but most people want less than you’d… by Brandie Jefferson, Washington University in St. Louis
Older adults with a higher sense of purpose lead longer, healthier, and happier lives—and have… by Josie Garthwaite, Stanford University
High energy use provides little benefit for health and well-being in richer nations, according to a… Being Aware and Understanding Our Connection to Everything