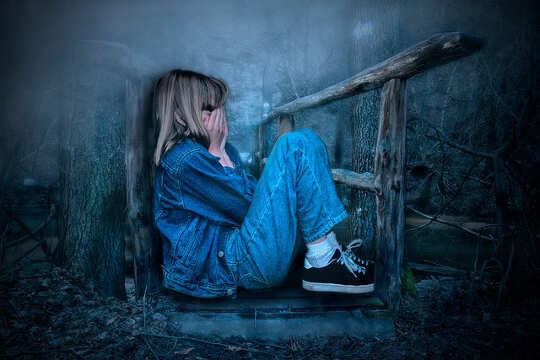 Video version at the end of this article

I loved my work as a computer consultant designing software, coding, testing, and training the end users. I also made a ton of money and was able to pay off all my student loans and credit card debt. I even bought a Harley Davidson motorcycle straight off the assembly line. That was fun, to get exactly what I wanted.

But life doesn’t always give us what we think we want.

Losing A Decade of My Life

My body went haywire, and slowly everything I built was destroyed. I lost not only my job, but my career and identity as a computer consultant. I lost friends, and I nearly lost my boyfriend. But he stuck around and our relationship grew into something new, something stronger. (He’s now my husband.) I lost an entire decade – my 30’s –spending the majority of my time being sick in bed.

I lost all my physical strength, and sometimes even my brain would shut down, causing me to have memory lapses and confuse words, like saying black when I meant white. My husband repeatedly deals with me insisting we’ve never watched a particular movie, only to have to me say: “Oh! I remember it now!” at the last scene.

If you’ve never had severe pain and fatigue, you cannot imagine what it’s like to be on the couch wanting a glass of water and not being able to get it. Until you experience it, you cannot know the frustration of having the wrong word come out of your mouth, and knowing it’s wrong, but not being able to do anything about it except to back-pedal and try to explain what you really meant, with words that – yes, you guessed it – also come out wrong.

Until you lived it, you cannot know what it’s like to have an unpredictable body that may or may not cooperate at any given moment. If you’ve never been trapped in a malfunctioning body, you don’t know the heavy judgement we lay on ourselves for not being healthy.

There was no car accident or sudden incident to point to ... this illness came upon me gradually, like being hit by a thousand tiny trucks over and over. At one point, during one of my early collapses, I argued with myself about calling Rama for help. I had the number to his answering service, so I could have easily gotten a message directly to him.

It’s easy to sit in judgement and torture ourselves. I thought the pain and fatigue were temporary. I thought I was being weak. I convinced myself it was nothing to worry about, and all I needed to do was exercise more and work harder. Two weeks later, Rama died.

After Rama left the body, I spent a lot of time beating myself up over my decision not to call my Teacher. He could have healed me, right? Or he could have at least spared me a great deal of suffering.

When he was gone, I decided to honor the commitment I made during the teaching empowerment he gave me. Even though I was barely getting through the day, I decided to teach meditation.

Going through all the basics with new students turned out to be the most amazing gift. I relearned everything, and found not only did it work for the students, it worked for me. I finally started releasing all the judgements I held about my body, about my financial status, and about who I thought I should be.

My faith in the Teachings grew exponentially. During my lost decade, I found incredible support as we created and built Dharma Center. (Thank you – you all know who you are!)

Accepting My Body Is High Maintenance

I’ve spent 20 years being poked and prodded by doctors with lots of labels but no real answers. I’ve tried hundreds of remedies and diets and treatments. I still play in that world from time to time. I do whatever allows my body to become more functional. But what has helped the most is learning to listen to my body and give it what it needs, when it needs it. I’ve learned to fall gracefully, keeping in mind what my first Aikido teacher showed me so many years ago: “Don’t fall, just relax and sit.” I’ve accepted my body is high maintenance.

During all of this, I’ve also somehow learned how to look good even when I feel like crap. Apparently that is my special siddha power! So unless you spend a great deal of time with me, or if I tell you, you’d probably never know the condition of my body. The ability to fake looking well is a skill many who live with chronic pain learn.

When I finally completely released the judgement – of everything – the most amazing thing happened. I let go of who I thought I was and who I thought others were and realized I know nothing.

I began to have timeless moments where I lived above the pain. There would be bursts of ecstasy and sublime peace. All sense of self vanished as everything flowed in and as me. But always, I would tumble back to the apparent reality of suffering. I accepted this also without judgement, and lived as best as I could with the body I have.

Then one day, quite unexpectedly, the doubt dissolved. The suffering evaporated as if it had never been there. I stood up on a rock my body should not have been able to climb in its exhausted state and everything shifted beyond all states.

I pushed my body to do it not for myself, but because my student wanted to see the other side of the arch. After sitting in meditation, something surged within me to make it possible. I stood there, in my unpredictable body with all of its pleasure and pain, knowing inner peace and unreasonable joy beyond all of this. I recognized we are beyond all states of being and becoming. Even now, That is all there is.

What judgements do you hold about others?

What judgements do you hold about yourself?

Are any of them really True? Or are they simply a story you told yourself based on limited information?

Excerpted from the book: Unreasonable Joy by Turīya.
Reprinted with permission from the publisher, Electric Bliss.
©2020 by Jenna Sundell. All Rights Reserved.

Unreasonable Joy: Awakening through Trikaya Buddhism, points the way towards Enlightenment and liberation from suffering. We suffer through tragedies and the daily grind of eat-work-sleep, chasing happiness but finding fleeting pleasure. Built on the foundations of ancient wisdom, a new school called Trikaya Buddhism promises freedom from the suffering of this wearisome cycle. 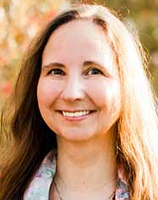 Turīya is a Buddhist monk, teacher, and author who, despite living with chronic pain, founded the Dharma Center of Trikaya Buddhism in San Diego in 1998 to share her path. For over 25 years, she has taught thousands of students how to meditate, trained teachers, and helped people discover the unreasonable joy of our true nature. For more info, visit dharmacenter.com/teachers/turiya/ as well as www.turiyabliss.com

Video version of this article: The Effects of Meditation: Moving from Pain to Joy

by Turīya
The effects of meditation often occur so gradually we don't notice them. Then comes a day when we… The Effects of Meditation: Moving from Pain to Joy (Video)

by Turīya
The effects of meditation often occur so gradually we don't notice them. Then comes a day when we… by Turīya
Enlightenment does not mean everything in our lives works out. It doesn’t mean all money problems… How To Overcome Regret That Can Be All-Consuming

by J. Kim Penberthy, University of Virginia
Regret is a very real reaction to a disappointing event in your life, a choice you made that can’t… How To Keep Those New Year’s Resolutions?

by Mark Canada and Christina Downey, Indiana University
If research on habit change is any indication, only about half of New Year’s resolutions are likely… Finding Our Own Definitions of Beauty (Video) On Perfectionism: Allowing Ourselves to Relax

by Jill Downs
How can perfectionism be a stumbling block on the path? Having the compulsive need to be perfect…