Don't Let Things Get To You: The Art of Detached Observation 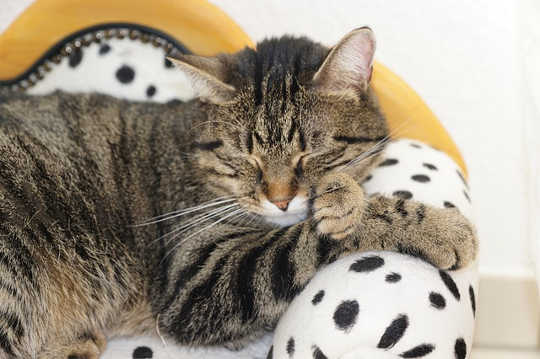 In his book entitled 'A Spiritual Philosophy for the New World', John Price states the basic requirements for attaining the state of mind of harmlessness. One of these steps is that of Detached Observation -- observing with unconditional love the activities of the world around you "as if you were not a part of that world". You witness and observe without judging or labeling anything good or bad.

Now, of course, since reading that book, I seem to have manifested instance upon instance in which to practice this newly-found behavior. Challenging situations came up and sometimes I was able to remain detached and simply observe, while other situations seemed to drag me willy-nilly in their turmoil.

Let me tell you of one instance which in retrospect seems rather funny... On second thought, I won't dredge up all that negative energy again. Let me only say that I let myself be dragged, no, correction, I jumped in with both feet in a situation that left me fuming. Then, it dawned on me! Oops, I had forgotten my decision to remain divinely indifferent and detached. I then fell into my previously automatic reaction of, "I'm been stupid and failed again! Won't I ever learn? I can never get anything right!" (You know that inner chant that we get into at times...)

Luckily for me, my Higher Self has been getting through to me clearly and she quickly intercepted my self-punishing thoughts with a higher perspective: "Hey, you goofed on this one, but that's OK. See it for what it is, understand the message, and let it go!" So after a few deep breaths and a conscious release of the anger and judgment both towards myself and the other person involved in the interaction, I continued my day.

Not surprisingly, I manifested another situation in which to test my newly-found behavior (or my lesson plan) -- detachment. Later that evening another situation arose to test my mettle. This time, the scenario was completely different and did not involve anger, resentment, and impatience. A friend walked in who was feeling "down" and rather negative about life. So what did I do? In my desire to alleviate some of her discomfort, I latched on to some of her emotions and 'caught' some of the vibes. I got right into the "oh poor me" boat with her, and commiserated with her state. Consequently, even after she left, I spent the evening feeling "out of it".

There again, I did not keep to my role as an observer and see that her scenario was only her choice of a movie script. Instead of remaining a detached observer I became a participant in a joint venture of "feeling the blahs".

Of course, I am not suggesting that we need to be cold-blooded. Of course when a friend needs a helping hand, or a shoulder to cry on, we need to be there for them. But what I am saying is that we do not have to let ourselves get caught up in illusions of negativity. Even though a friend is going through their drama, we can assist them and we can love them, without getting caught in the trap ourselves.

It's a little bit like watching a movie... Some movies you can watch, enjoy, cry, laugh, and then walk out and go on your merry way. Other movies tend to grab you, drag you into the mood, and you walk out carrying the vibe and the energy you engaged in while watching the show.

It's Only A Movie

The same goes for when we "watch" our friends' movies (lives). We can participate, cry, laugh, but keep our detached perspective knowing it's "only a movie". The role your friend has chosen to play is just that "her choice". Whether she has chosen to play a martyr, a battered wife, a neglected spouse... she is the one choosing to stay in that movie.

Remember that you can't pull anyone out of the ditch by climbing down in there with them. You have to stay on higher ground to be able to be of assistance. And yes, you do give them assistance if they desire it, but you don't help by getting all muddy yourself.

We must realize that we are not only actors in our melodramas, but script writer and director as well. You don't like your movie? Great! Then rewrite the script, change the directions. If the script originally said: "You will live with a man that beats you until you learn to love yourself enough to move on", then shorten the melodramatic part (the beatings) and move on to the part where you love yourself enough to leave.

Loving Yourself Enough to Rewrite Your Script

Our friends' movies are their choices, just as our movies are ours. If you constantly have friends who "sap" your energy, then it is not "their fault", but your responsibility for letting it happen. Change the script. Make your move. Love yourself enough to make a change now.

The idea of divine indifference and loving detachment is to always stay focused in the Light of Spiritual understanding -- that whatever the appearance, we remain steadfast in the knowledge that we are all Divine beings and that what we envision we attract to ourselves. When we remain detached, we do not get caught up in the trap of illusion.

We can stay focused on the positive and be confident that everything always works out for the highest good for everyone involved... and we take the necessary steps to move forward on that path.

Book referred to in this article

A Spiritual Philosophy for a New World
by John Randolph Price.

In 1988 a group of people from around the world participated in an experiment in consciousness for a two-month period. This book reveals how that experiment turned into a lifetime commitment, as the experience of living "in another dimension of mind" profoundly affected their lives. Who Can Fix Your Life?

by Marie T. Russell
Many of us were raised on Fairy Tales...where Prince Charming rushed in to the rescue, the fairy… True Intimacy: We Crave It Yet We Fear It!