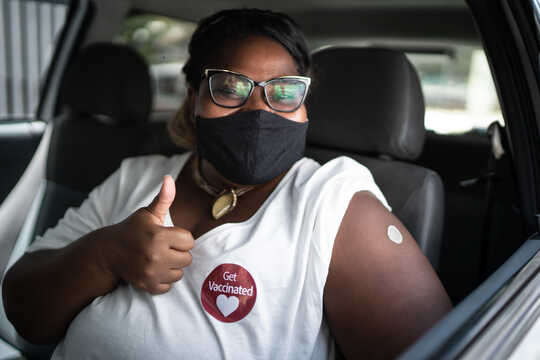 Though many adults report a fear of needles, most research on needle fear has focused on children. FG Trade/E+ via Getty Images

If you’re among the 25% of Americans averse to needles, you’re probably not surprised by the COVID-19 immunization stall. Even for those who want immunity, bribes with beer or lottery tickets may not be enough to override anxiety made worse by pervasive images of needles in the media.

As a physician specializing in pain management, I study the impact of pain on vaccination. Research-proven adult interventions for pain, fainting, panic and fear can make vaccination more tolerable. At a minimum, understanding the reasons needle fear has become common might make the embarrassment easier to bear.

Why needle anxiety has increased

Needle fear has increased dramatically since a landmark 1995 study by J.G. Hamilton reported that 10% of adults and 25% of children feared needles. In that paper, adult patients who remembered when their fear began described a stressful needle experience around age 5.

The childhood experiences of the patients usually related to an unexpected illness; at the time the Hamilton participants were in preschool, vaccines were scheduled only until age 2. For most people born after 1980, however, booster injections given between ages 4 to 6 years became a routine part of the vaccine experience. The timing of boosters maximizes and prolongs immunity, but unfortunately falls within the age window when phobias form. A 2012 Canadian study of 1,024 children found that 63% of those born in 2000 or later now fear needles. In a 2017 study, my colleagues and I confirmed this increase in prevalence:

Unsurprisingly, needle fear affects how willing teens and adults are to get vaccinated. A 2016 study found needle fear to be the most common reason teens didn’t get a second HPV vaccine. Health care workers are no exception: A 2018 study found that 27% of hospital employees dodged flu vaccines due to needle fear. And most recently, an April 2021 national survey of 600 not-yet-COVID-19-vaccinated U.S. adults found that 52% reported moderate to severe needle fear.

For children, evidence shows that addressing their fear and pain while distracting them from the procedure is most effective in reducing distress.

While adults are not just big children, combining these concepts with findings from available adult injection studies suggest a few potential interventions. For the many who want a vaccine but need some support, here’s what we know:

Relieving injection pain may reduce needle fear by giving patients a feeling of control. For example, a group of patients in New Zealand were repeatedly missing their monthly antibiotic injections for rheumatic heart disease. Their doctors created a special clinic, offering either anesthetics, a vibrating cold device or both during the shot. The interventions in 107 adults reduced pain and fear by 50% after three months. Six months later, half the patients still used the interventions, and the special “missed dose” clinic was no longer needed. 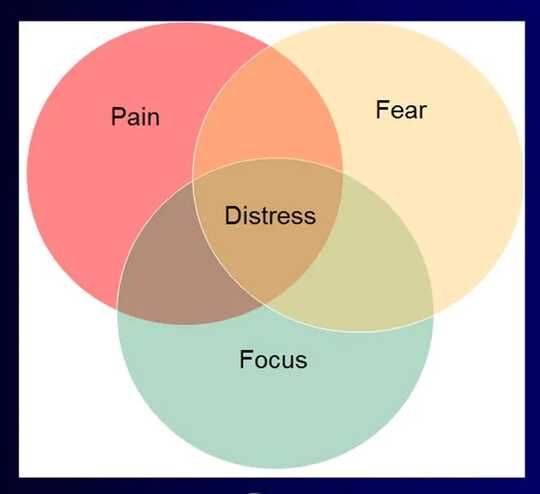 Specifically for vaccination, applying a vibrating cold device to the injection site a minute prior to injection, then pressing just above the site during injection, relieved pain and improved satisfaction for adults, and was most effective for those with needle fear. A horseshoe-shaped plastic device using sharp prongs to confuse the nerves also reduced injection pain but increased anxiety, possibly due to discomfort from the prongs themselves.

Cold spray doesn’t help reduce vaccination pain for children, but has been shown to be more effective than topical anesthetics for adult injections.

Exposure-based therapy involves asking a patient to rank anxiety caused by parts of a procedure, like seeing a picture of a tourniquet or thinking about sharp things, and gradually exposing them to these parts in a controlled environment. Free self-guided resources are available for fears ranging from flying to spiders. However, none of the three studies testing this approach on adult needle fear showed long-term fear reduction.

One of the studies that taught techniques to reduce fainting, however, was considered a success. Fainting, or vasovagal syncope, and needle fear are often conflated. While passing out due to injections is more common with anxiety, it is often a genetic response. Tensing the stomach muscles increases the volume of blood the heart can pump, keeping blood in the brain to prevent lightheadedness during needle procedures.

Surprisingly, there are no studies on adults using distraction for injections. Two studies, however, have found that pretending to cough reduces pain from blood draws.

Dropping F-bombs could also help: A recent study found that swearing reduced pain by one-third compared to saying nonsense words. Distraction with virtual reality games or videos has been shown to be more effective in children, although there have been mixed results in adults.

Mentally engaging tasks may also help. A visual finding task given to children during intramuscular shots has been shown to reduce pain and fear, with 97% rating the experience more pleasant than previous blood draws. Adults may need a more complicated task, but a similar intervention could work for them as well.

Use multiple interventions and go in with a plan

Adults who don’t like needles are in the majority. Taking control of your vaccination experience may be the best way to combat needle anxiety. by Michigan State
Why do some babies react to perceived danger more than others? According to new research, part of… by Kathleen H. Pine, Arizona State University et al
The decision to pause and then restart the Johnson & Johnson vaccine underscores how hard it is…