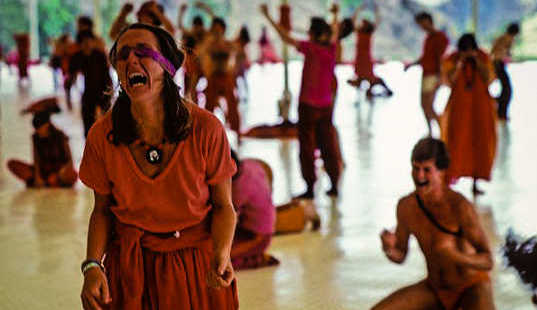 There are some striking similarities between cults and terror groups. An all-encompassing ideology can, when exhibited by a group or individual, have destructive effects on society.

And when a cult or terror group generates such worldviews, untold destruction can ensue – especially in the latter case.

Mohamed Lahouaiej Bouhlel, who drove a truck into crowds on Nice’s Promenade des Anglais on Bastille Day, exemplifies how quickly ideology can be adopted. His experience of becoming radicalised – personal grievances, adoption of ideology, and contact with a recruiter – is not uncommon. Cult members have been known to become indoctrinated after just a few hours of conversation with recruiters.

Is there a difference between cults and terror groups?

The term cult, defined as a “new religious movement”, came into existence within the last century.

Most cults build upon or modify existing religious doctrine, yet how they express these beliefs varies from group to group. Many new religious movements inflict violence upon others and themselves.

Similarly, violence characterises contemporary terror groups, the most-publicised of which are Islamist and jihadist terror groups. These groups wish to impose a radical interpretation of Islam upon society; a jihadi uses violence to achieve this.

Some seminal theories attribute the creation of cults to Western modernisation. This is especially relevant to Islamist groups, as many object to modernisation and increasingly include a multitude of recent recruits born in the West.

So, in terms of rejection of modernisation and a digression from mainstream religion, the modern Islamist group fits the definition of a cult and exhibits similar sociological characteristics.

So, who are the recruits?

Research into cult recruits indicates several recurring factors. Among these, alienation, drug abuse, loneliness, sadness, rejection, the search for a replacement of parental authority, identity crises, a higher need for order, trauma, coming of age, the influence of a charismatic leader and conflict with law enforcement over radical politics are strong indicators.

Does My Child Have Autism Or Is This Normal Behaviour?

Big Worries About Money Can Put Years On Your Face

Why We Are Hard-Wired To Worry, And What We Can Do To Calm Down

But perhaps the most important indicator in both groups is an all-encompassing ideology, particularly with regard to morality. Recruits are unwilling to acknowledge or unable to discern grey areas in morality and ethics. Once this threshold is crossed any number of behavioural outcomes are possible.

Bouhlel adopted Islamism quickly; he started visiting a mosque in April, grew his beard out a week before the attack and is said to have had recent indoctrination by an Algerian member of Islamic State (IS).

Bouhlel, a first-generation immigrant to France from Tunisia, had a strained and sometimes aggressive relationship with his parents, which resulted in early psychiatric treatments. He also reportedly had body image problems, a history of domestic violence, depression following a divorce, and may have been bisexual.

All of these factors could have pushed Bouhlel in a different direction, and many people with similar experiences do not become a jihadi. However, he adopted the all-encompassing ideology of Islamism and tragically resorted to violence.

But why don’t cults cause mayhem across the world in the same way IS and its recruits do?

First, cults tend to be more inward-looking; their identity crisis tends to be unique and not linked to a global ideology as seen with Islamists. Cults are more interested in changing and isolating themselves, whereas Islamists want to make drastic changes to society and will attempt to penetrate any given community.

Reducing the appeal of radical ideologies

Due to recurring links between such indicators and recruitment to destructive groups, governments should enact programs and policies that help tackle these factors.

In a free and open society, some people will undoubtedly adopt destructive beliefs and behavioural outcomes. However, many of the aforementioned psychological and environmental factors can be corrected or alleviated, reducing the risk of radicalisation.

Potential recruits often fall through the cracks of society and turn to the wrong people for solutions. Even if Islamism and cult ideologies died out tomorrow, problematic psychological and circumstantial factors create an environment conducive to radicalisation. The Power of Powerlessness: Riding the Rapids of Life (Video) by Barbara Berger
Many people dread family get-togethers even if they really do love each other. We see this…

The Power of One: You Are Me and I Am You

by Nora Caron
Señora Labotta stared deep into Lucina’s eyes. “You are not the only soul who has suffered in love.…