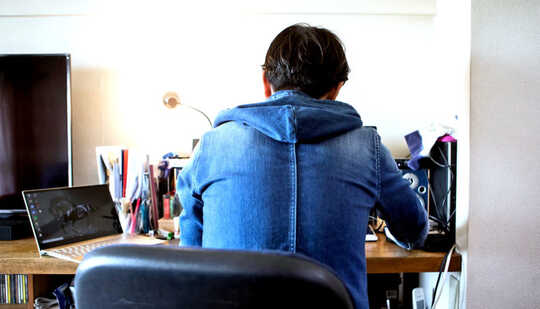 In cultures that value men as breadwinners, their unemployment can affect the long-term success of a romantic relationship, research finds.

“This study is really about how the association between men’s unemployment and divorce or separation varies across countries,” says Pilar Gonalons-Pons, an assistant professor in the University of Pennsylvania’s sociology department. “It also points to how much views about gender really shape the length of romantic relationships.”

For the past five years, Gonalons-Pons has been conducting research on gender, labor, families, and public policy. Though existing research includes plenty of work on predictors of relationship longevity, most of it focuses on economic conditions like financial stressors or on the psychological, determining whether two people actually make a good match.

“There were no studies showing empirically how gender culture is its own important determinant,” she says. So Gonalons-Pons and study coauthor Markus Gangl of Goethe University Frankfurt took on this question. They report their findings in the journal American Sociological Review.

Given the data available, they chose to concentrate on heterosexual couples from the United States and 28 high-income countries in Europe. These fell on a continuum, from the most gender-conservative, where about a third of the population believes a man’s role is as primary breadwinner, to more gender-progressive, where that number drops to about 4%. In total, the researchers followed couples for four years, looking for events of unemployment as well as separation or divorce.

They hypothesized that in gender-conservative countries, the stress of men’s unemployment wouldn’t be solely financial but also related to cultural norms. “We thought that when a man loses his jobs and doesn’t get another one right away it might cast this pressure, this feeling of failure or lack of a sense of status and social identity,” Gonalons-Pons says.

The results played out as the researchers expected. Countries that place greater value on a man’s role as breadwinner experience a stronger association between men’s unemployment and relationship breakup, whether separation or divorce. In places where the idea of “man as head of household” isn’t as pronounced, there’s less criticism of masculine identity following a job loss.

The findings make sense to Gonalons-Pons. “In a more hostile context, a gender-conservative context, men’s unemployment will leave a more negative psychological impact on the man, which reverberates within the couple,” she says. “You’ll have more friends, more family saying, ‘What’s wrong with your partner? What’s happening here?’ That doesn’t make either person feel any better and leads to this cultural pressure that can accentuate stress and ultimately result in a breakup.”

Interestingly, the researchers didn’t see the effect to the same extent for cohabiting couples, a finding that aligns with previous research on non-married couples who live together. Gonalons-Pons suspects this stems from the fact that the pressure to conform to conventional gender norms increases with marriage.

What about queer couples? Or other countries?

Though the work as a whole focused on a subset of high-income countries and on heterosexual couples only, the researchers say it potentially has broader implications for other places and other kinds of relationships—though the questions may be slightly different. For example, how do those beliefs affect the longevity of a romantic partnership between two men or two women?

How To Overcome The Double Standards Women Face When Aspiring To Leadership Positions?

Why Powerful People Are The Most Likely To Break The Rules

“These cultural ideas create support for those who conform to these norms,” she says. “The flip side is they create pressure that can negatively affect people who do not.”

Gonalons-Pons stresses that her work does not equate to a crystal ball for any single relationship. “None of this is to say that if you break a gender norm, you’re destined to break up,” she says. “It’s to highlight that these norms do matter; they do influence a relationship. Social norms are part of what shapes the well-being of a couple.”

Funding for this research came from the European Research Council under the European Union’s Seventh Framework Programme. Eating Fish Is Linked To Better Sleep And Higher I.Q. For Kids

by Michele Berger-Penn
Kids who eat fish at least once a week sleep better and have IQ scores that are 4 points higher, on… When I Grow Up, I Want To Be Like Jesus

by Marie T. Russell, InnerSelf.com
I was reminded lately of a thought that came to me as a child. I don't know what age I was, but I…