How We Project Our Goals Onto Other People 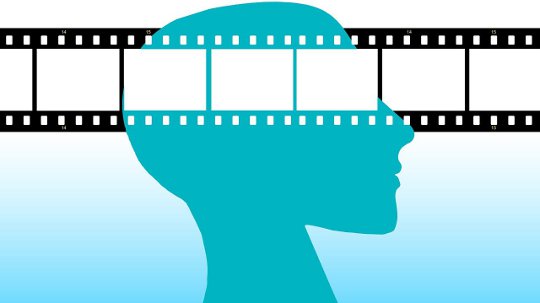 The more committed we are to achieving a goal—catching a train, buying a movie ticket, getting groceries—the more likely we are to assume others have exactly the same objective.

The new study by New York University psychology researcher Janet Ahn points to the types of assumptions we make about others’ behavior, which may have an impact on social interaction.

“If we’re fixated on seeing that blockbuster film or purchasing those fresh strawberries, we’re more likely to see others wanting to do the same,” explains Ahn, a doctoral candidate. “These assumptions may unnecessarily spur a competitive spirit and, with it, more aggressive behavior.”

The study, coauthored with psychology professors Gabriele Oettingen and Peter Gollwitzer, centers on a well-established psychological phenomenon, “goal projection,” which is an egocentric way of understanding other people’s goals by projecting your goals onto them—or, put another way, assuming that others share the same goal as you.

In the movie-theater study, Ahn and her colleagues randomly approached people preparing to buy tickets, asking them to identify both the movie they came to see and then, to gauge their goal commitment, “How badly do you want to watch this movie?” Responses were on a 1- (not at all) to 5-point (extremely) scale. The researchers then pointed out the first person waiting in line to purchase a ticket at the multiplex and asked the test subjects which movie they thought the individual was going to see.

The researchers controlled for the frequency at which the subjects attended the movies and the popularity of the movies playing the multiplex—two variables that may increase the likelihood of making informed guesses rather than ones driven by goal projection.

The results showed that among these subjects, the stronger participants’ goal commitment, the higher the probability of inferring that the target person had the goal to watch the same movie.

In the second study—of commuters at Penn Station from which dozens of trains depart every hour—the researchers approached people waiting for the track number of their train to appear.

Test subjects were asked their destination; their goal commitment was ascertained through two questions: “How frustrated would you be if you missed your train?” and “How rushed are you to get to your destination?”

At this point, experimenters singled out a target person who was waiting in closest vicinity to them and was easily observable. Here, they also wanted to determine if perceived similarity to the target could influence goal projection, so the researchers asked test subjects how similar to themselves they perceived the target person. The study measured goal projection by asking subjects how likely the target was headed to the same destination they were.

In the final study, conducted outside a Whole Foods Market, the researchers examined whether differences in goal attainment affect the relationship between goal commitment and the perceived similarity of the target person.

The researchers studied two types of individuals: those surveyed before shopping, and who had yet to attain their goal, and those surveyed after shopping and had reached their goal. Participants were asked to name the main item they came to purchase, or just purchased, then indicated their goal commitment to purchase that item: 1 (not at all) to 7 (extremely).

The researchers then chose a target person who was just about to enter the supermarket at that given moment for both types of shoppers—those who were going to shop and shoppers who just shopped. Participants indicated how similar to themselves they viewed the target person using a 7-point scale: “How similar do you think that person is to you?” Then, as an indication of goal projection, participants answered the following item: “Please indicate the probability (from 1-100%) that the other shopper is committed to purchasing the same item.”

The study’s subjects projected their goal onto another shopper when goal commitment was strong and the target person was viewed to be similar, as long as the goal had not been attained yet—a finding consistent with the train study.

However, when the subjects had already achieved their goals—that is, they’d completed their shopping—there was no relationship between goal commitment and perceived similarity with another.

“After purchasing their groceries, these shoppers, compared to those who were about to shop, were less likely to think others wanted the same products,” explains Ahn. “This suggests there is a competitive aspect to goal projection—we think others are after the same things if we have yet to obtain them.” Why Young Men Have Sex They Don’t Actually Want by James Devitt-NYU
For people who are driven to succeed at a certain profession, negative feedback about their talent… While We Slow Down After Mistakes, We Still Continue To Mess Up

by James Devitt-NYU
It’s no secret that people slow down mentally after making a mistake. Monkeys do, too.… To Look Trustworthy, Put On A Happy Face How To Recognize Our Conditioning -- and Release It (Video)

by Lawrence Doochin
It seems fairly obvious, but in order to move to a new story and not live in fear, we have to want… by Brad Bushman and Sophie Kjaervik, The Ohio State University
We recently reviewed 437 studies of narcissism and aggression involving a total of over 123,000… Remembering To Say Thank You Is More Important Than You Think

by Joyce Vissell
You might think that people know you are grateful, so you don’t have to share it. But remember that…

by Ervin Laszlo
If we can choose the way we act, we have the responsibility to choose it wisely. Evidently, we can…

by Ewald Kliegel
In this excerpt, Ewald Kliegel provides reflexology techniques for one of the most common human…